Mind Of Man: We Judge You Because Of Your Awful Boyfriend

Hi. I just met your boyfriend. He’s a goatsack, but I don’t blame him. Doucheberries are born, not made. However, I judge you, because you’re supposed to be smarter than this. If the girlfriend of a friend of mine is a soulless sorority monster with vodka gills, I usually think “she must lick a mean ice cream cone” or “so I guess he really isn’t gay.” But when I meet the boyfriend of a female friend and he’s a macho pressed ham, I can’t help but judge her.

Not only do women have a natural aptitude for relationships, they are also better read on the topic. After decades of reading “dating don’ts” and “25 warning signs he’s a human zit,” women should be better equipped to make smarter choices than men.

It’s almost disappointing, because women are supposed to understand the rules of the dating duel better than men. Women are more emotionally intelligent than men. If the colors of the heart are crayons, then women are born with the sixty-four-piece box and men are stuck with eight. Sadly, none of those eight are gut-splatter red or robot-assassin gray. Women have more words to describe their feelings. In fact, women feel feelings men don’t ever seem to feel. I have never, ever laughed and cried at the same time. Likewise, I have never gotten so angry that I stop being angry. I have known plenty of women who don’t get angry. Instead of punching a wall or shouting like a man, they become quiet. It’s an unnerving and menacing silence, the silence of a coiled snake or a tiptoeing ninja. This is unnerving, because men just don’t get angry this way. This is why, when couples bicker, it feels like men are bringing a knife to a gunfight. 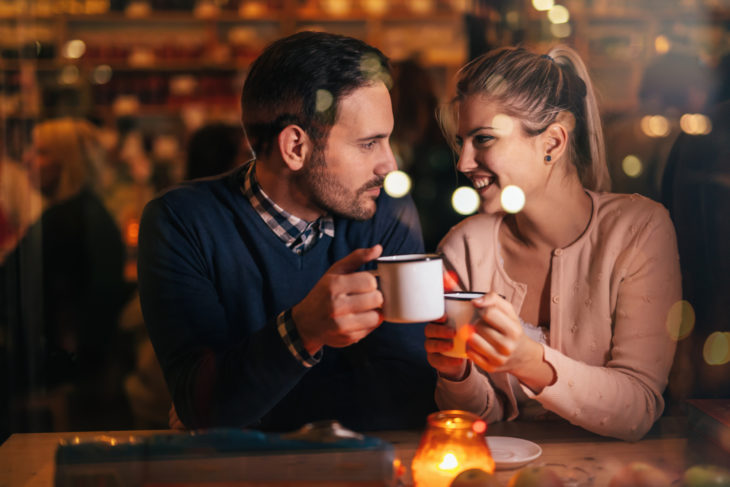 Just read any magazine that caters to women: All of the articles are about dating, love, and interpersonal relationships. Read this site! My point has been proven: Not only do women have a natural aptitude for relationships, they are also better read on the topic. After decades of reading “dating don’ts” and “25 warning signs he’s a human zit,” women should be better equipped to make smarter choices than men. Seriously, I’ve written and edited for men’s magazines and websites and they’re all about bacon, football, and how to get laid. And the “how to get laid” article follows a simple three-step outline: 1) don’t smell, 2) speak in complete sentences, 3) try not to sweat through your shirt (and variations on these three broad strokes).

When a guy friend introduces me to his girlfriend, I don’t care if she’s a crone possessed by Lucifer, I’m just thrilled for him. Because the dark secret of hooking up is that it’s a numbers game. A traveling salesman knows that he’s going to get the door slammed in his face 80 percent of the time. He makes a living off the suckers, the 20 percent who let him in, then listen to his pitch, and buy his two-and-a-half slot toaster. The salesman knows that the more he gets rejected, the closer he gets to a sucker. When men hook up, it’s usually because of pure dumb luck. They’ve put themselves out there, risked rejection, and walked up to women. Eventually, as the Taoists say, one cannot fail forever. His girlfriend is busy telling me how she thinks fat people should be forced by law to ingest horse laxatives to lose weight? Whatever. If he’s happy, I’m happy. Even if she’s a living war criminal. 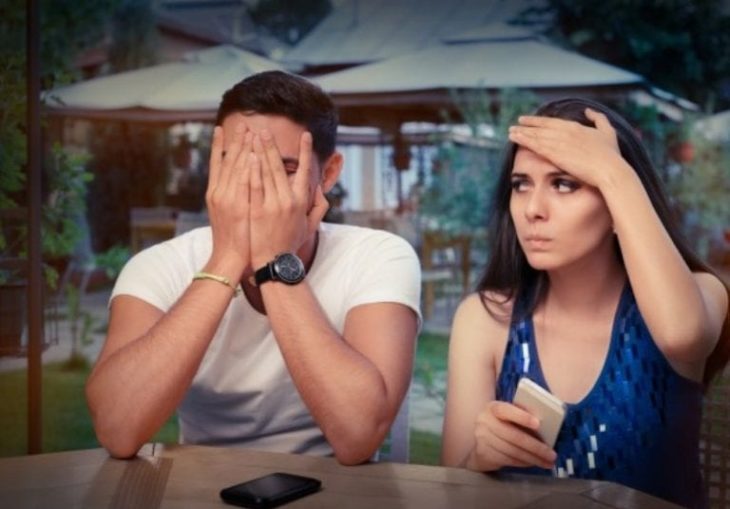 But, I can’t help but shake my head when the boyfriend of a close female friend starts talking to me about politics. Striking up a political conversation with a complete stranger is proof you don’t know what you’re talking about. No, you don’t have an informed, incisive political mind. You just watched political sumo wrestling on the ragebox, that’s all. What are my political beliefs? I’m a Texan: I believe you can shut the f**k up, I don’t know you, stop staring at the waitresses hooters and dote on your girlfriend, my friend. While a guy like this makes me all kinds of fisty, what he really makes me is sad. Sad, because the friend who I thought was supposed to be more of an expert on the matters of the heart is making a bad life choice. A BLC!

Being a guy, who has spent large chunks of his wayward youth watching “Aqua Teen Hunger Force” with my best friend Bongo the Joytube, I can spot a loser. So I also judge chicks with feckless, eye-rolling douchenozzles. Yeah, dude, I saw her pass you a 20 under the table so it looked like you were buying her a beer. Men might have trouble spotting a woman with a heart of gold, but we can identify male losers, squealers, and crybabies from 20 yards away.

If, in the back of your head, you think your boyfriend is a jack-off, just know we’re already there with you. We know. We won’t tell you. That’s just not fair. Of course, if we like your boyfriend, you’ll know. Because we’ll start buying each other beers without telling you.

Pillows: The Hidden Role They Play