Over the last five months, I’ve been going the Nick Briz Facebook escape route and, instead of “deleting” my profile with the possibility of coming back to it later, I’ve been deleting all of my activity on Facebook so that there’s just nothing there. Briz’s web site offers codes that you can plug in to Chrome to automatically untag photos, delete pictures, and undo activity, and that was the first route I took, but after a while, it bothered me that I wasn’t looking through what had become a detailed archive of my inner life. Watching it disappear automatically, without registering what it was, wasn’t enough: I wanted to confront my past, and to really take a look at how and why I’ve been using Facebook. So I started deleting each line of activity manually, line by line.

I’ve been on Facebook since at least 2005. Most of my oldest activity was gone, wasn’t recorded, or had something to do with people I had blocked, so I “only” had to worry about deleting 2007-2014. It turns out, though, that that’s probably tens of thousands of Facebook actions, between photos, shares, updates, likes, friending, and comments, because I was the kind of user who used Facebook as an emotional crutch. The average month took about 30 minutes to delete, and some took as little as five minutes, but there were months with so much activity that it took two hours to delete them.

Why go through the trouble when you can just delete your profile, right? Well, even if you go the permanent-deletion route, there’s Briz’s argument, which is that your likes, shares, and statuses never really get deleted — they’re archived and used as marketing research unless you personally delete them. I’ve gone into why that bothers me in more detail elsewhere, but the short version is that I am extremely uncomfortable having the details of my personal life used as a commodity. It doesn’t feel wrong to everyone, and I respect that, but it feels wrong to me.

But another reason I wanted to go line by line was that I have changed a lot in the last 10 years, and I’ve gone through a lot, too, and giving my activity log a detailed once-over gave me access to information about myself as a younger woman. I can see why that data is so valuable to Facebook: I learned things about myself that I could only see in retrospect, and retrospect is a little like being a third party. Here are a few of the most important things I learned while dismantling my Facebook profile:

1. If someone is trying really, really hard to be your friend, you should honor that effort… 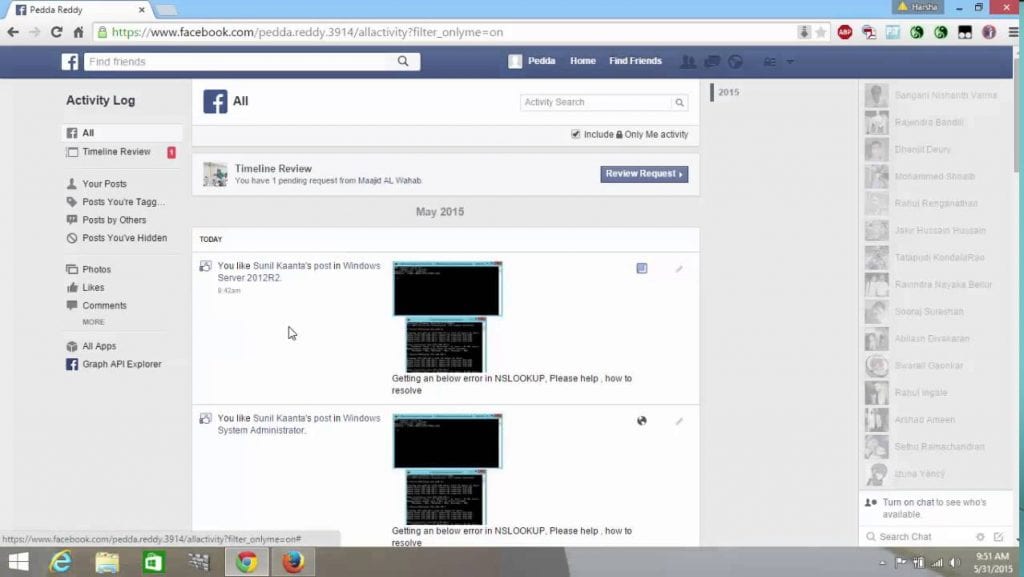 There was a woman I was friends with in high school who checked in a lot on my timeline, wished me luck on things that were important to me, and was generally attentive to me — and not in a creepy, too-much way, just in a “Hey, I support you, you’re my friend” kind of way. I usually didn’t write back or comment, and as time went on, I didn’t even acknowledge it enough to “like” her posts. She eventually got mad at me for missing something I’d suggested we do together, and I got mad back because that one individual event seemed like no big deal — but looking at the whole of our relationship in my activity log, I took that attitude toward everything about our friendship. I regret that a lot, because she really was trying hard to be my friend and I made it completely impossible. If someone is consistently considerate to you, even if you’re an introvert, make an effort back.

2. If you’re angry and upset all the time, eating poorly, and constantly distracting yourself, there’s probably something going on that you don’t want to admit is bothering you. 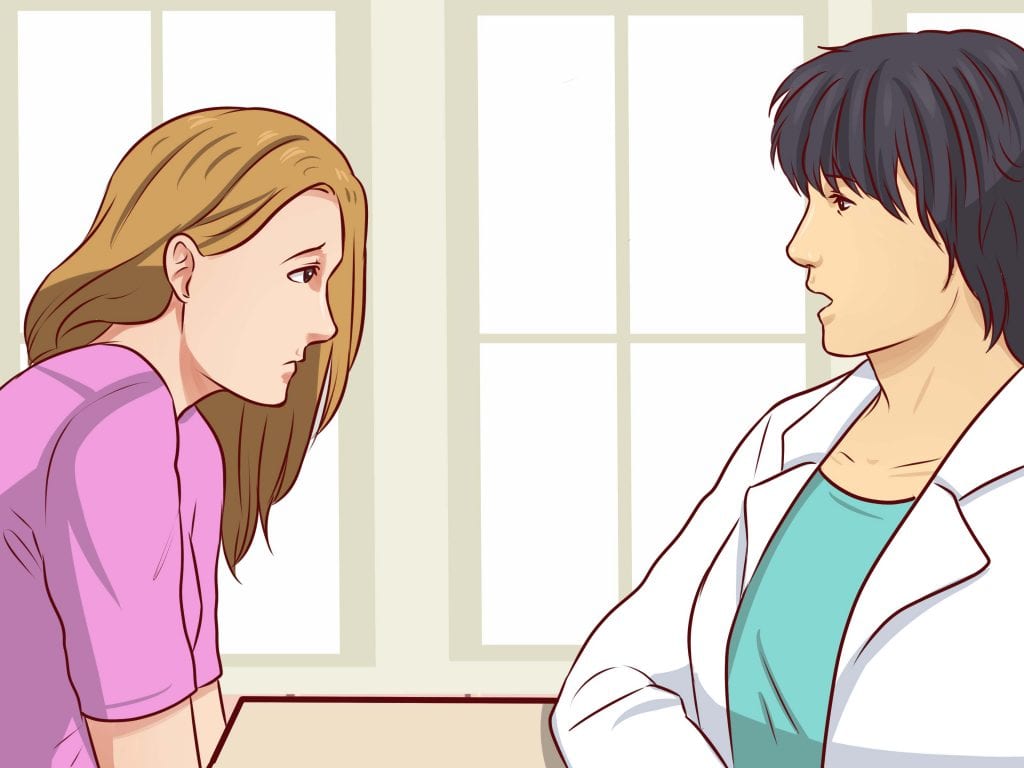 Right after my ex lost his job, I started putting up progressively angrier, bitchier status updates and ruminating over a lot of shit that just didn’t matter. I started having sleeping problems a month before I got married. After I was assaulted, my eating habits went to shit, and they haven’t recovered much since. When I had a job that was soul-sucking but that I couldn’t reasonably quit (see: partner unemployed) my statuses were plaintive and exhausted-sounding and super, super frustrated. And on the other hand, when I was doing well in school, excited about my grades, enthusiastic about the things I was studying, exercising, working a job that I liked, and spending time with friends, I was generally pretty chipper, witty, and light in my status updates — and I tended to spend less time on Facebook. The things you feel and the things you do — or don’t do — say a lot about what’s wrong. I never outright said, “I’m angry because my partner is unemployed and we have no money and debt collectors are calling me all the time, and I hate my job and I can’t quit and I want my life to change.” I never said, “I think I’m making a mistake by marrying this person, but I don’t feel like I can back out now.” It came out in the way I treated myself, treated my body, treated others, and expressed my worldview instead. If you’re acting like life sucks, there’s a possibility that it actually does, and you need to reflect on why and make a change.

3. If you want to be healthy, you really have to surround yourself with health-minded people. 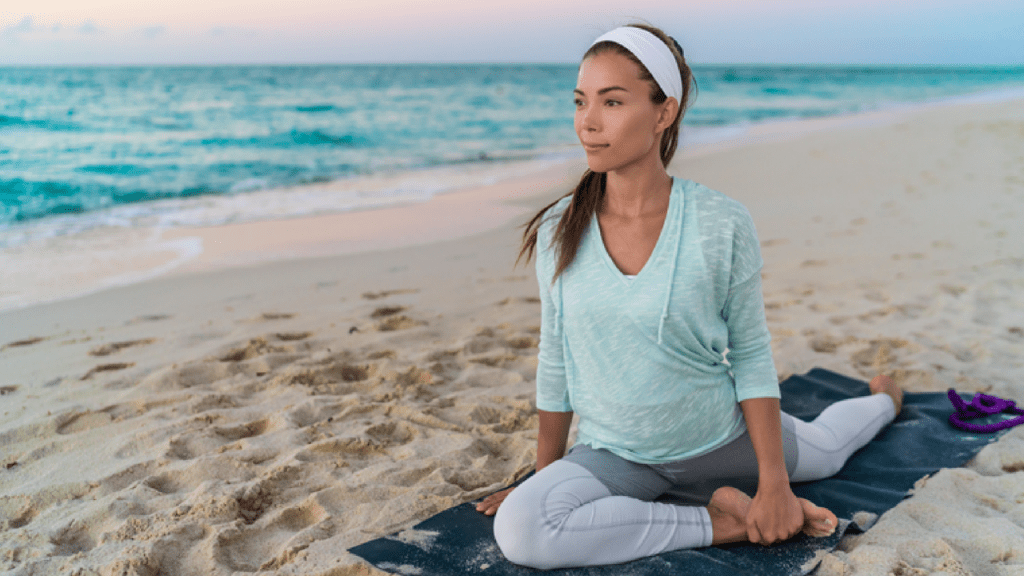 Iwas shocked to find out how well I used to eat. My god! And I was, like, dead broke at the time! I used to make chickpea salads, rosemary roasted chicken, protein smoothies for breakfast, roasted and grilled vegetables, on and on. I posted about all of my healthy, delicious meals, posted about how much fun it was to go on a 10-mile bike ride on a nearby path, how proud I was to have run five miles for the first time or started lifting weights, commented back and forth with my friends about paleo cookie recipes, and so on. I had a lot of support from friends on Facebook who were into lifting, Krav Maga, running, and swimming, not to mention aunts and friends who were just happy to see me taking care of myself, and that support made it all the more uplifting to keep doing those things. If your friends’ updates about their healthy “journeys” (blech, I know) annoy the crap out of you, consider just liking their post and being happy for them, instead — and if you’re wanting to get healthy, consider talking about it and seeking out support.

4. Unemployed job seekers should stay the hell off of Facebook. 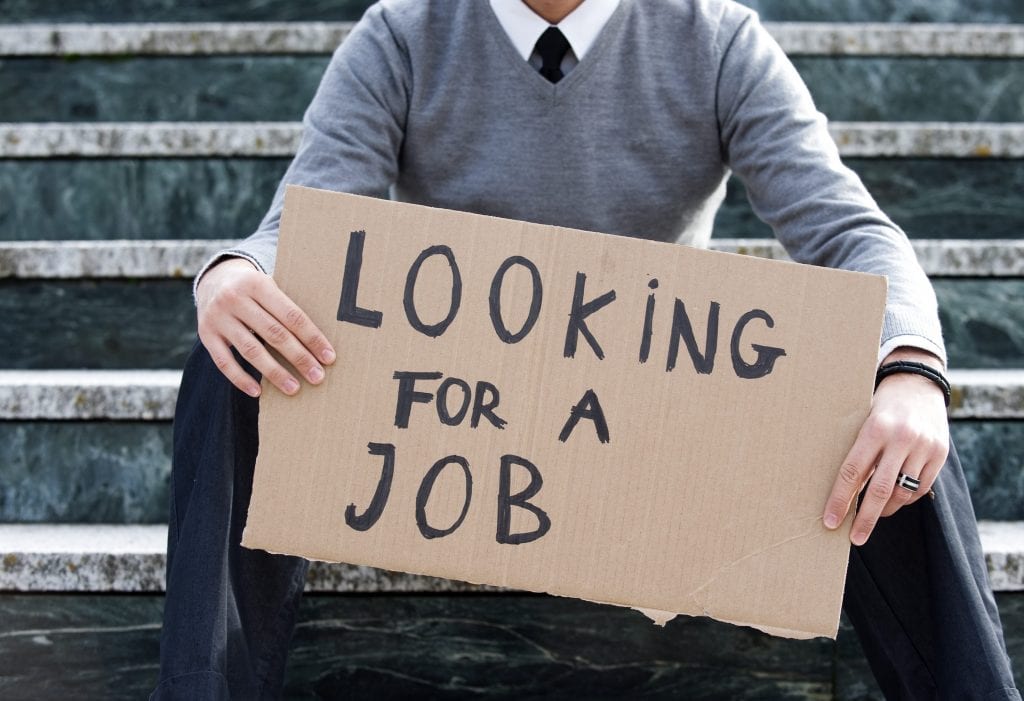 You can justify it by saying that you’re networking to find a job through social media, but let’s be honest, you’re just going down a k-hole to distract yourself from your boredom. I was never more active on Facebook than I was when I was unemployed. I was still putting in quality applications for jobs, but the time I spent distracting myself on Facebook could have been used better to do literally anything other than distracting myself on Facebook, and I would’ve been happier for it.

5. Your friends’ Facebook profiles do not necessarily give you an adequate picture of what’s going on in their lives. 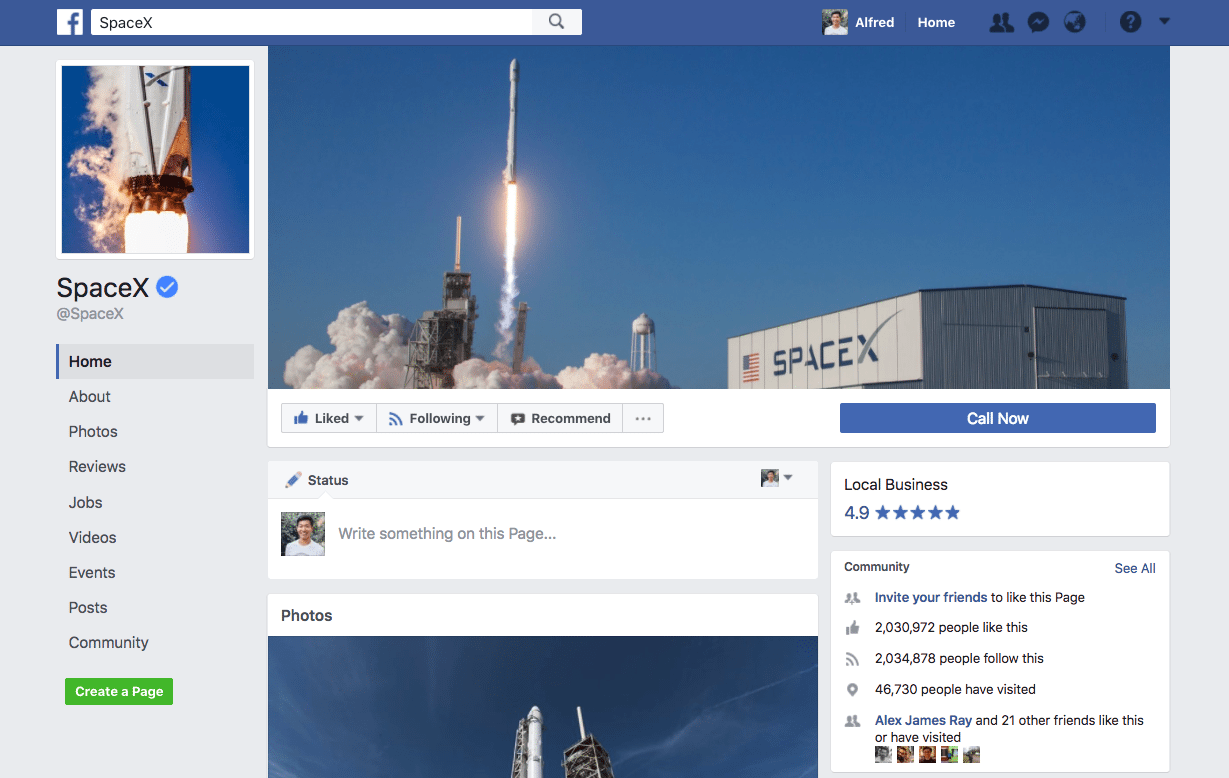 At the end of August 2012 and the beginning of November 2012, I was expecting to see something about me separating from and then finally leaving my ex-husband. Nope. Total radio silence. My friends who only interact with me through the Facebook feed couldn’t have known what was going on. And who knows? Maybe some of them would have wanted to know, would have wanted to offer their support or sympathy, but we didn’t know how to have a friendship except through the feed. If there are people who you like or care about, it’s worth actually checking in with them through at least text or e-mail to see what’s going on in their lives, because Facebook will not give you a clear picture of how they’re doing, and will not facilitate you being a good friend to them.

6. I’m glad to have gotten the opportunity to look at this information, but I’m glad I’m letting go of it. 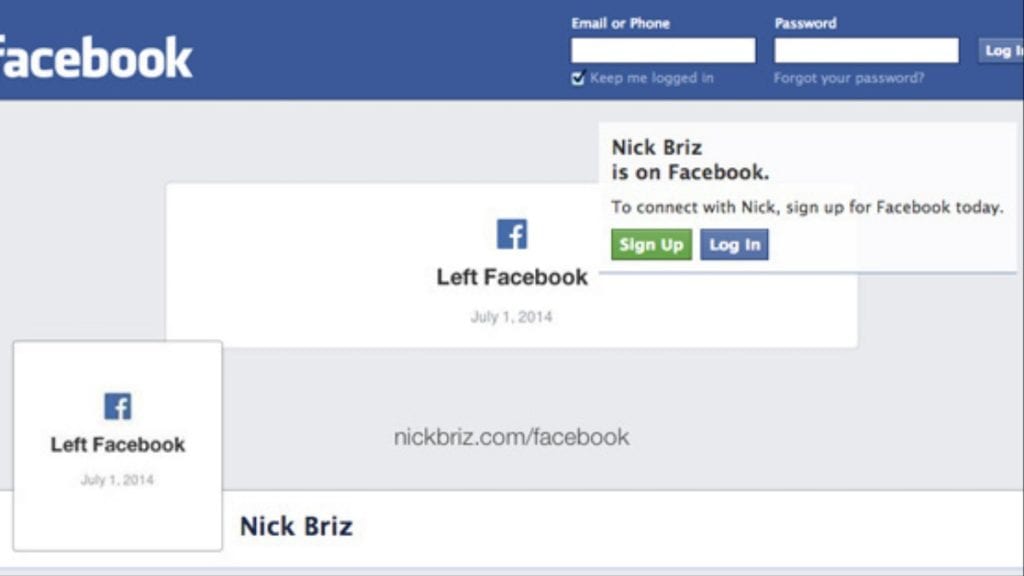 The way I feel about deleting all of this activity is kind of surreal: I feel like I own my life again. I don’t want to overstate it, but so much of my existence has been wrapped up in my online existence that it has felt, occasionally, like the internet is the world I live in. I’ve been striving for that not to be the case for several years, because living on the internet feels lonely to me. It’s unfulfilling. Internet Rebecca is only a vague approximation of Real-Life Rebecca, and while I like Internet Rebecca just fine, I’m happier being Real-Life Rebecca. I’m losing a lot of information about myself by destroying my profile, but somehow, I feel like a more whole person. I don’t need or want to cling on to my past by letting it sit on Facebook for me to browse and relive at my leisure, and if I want to document my life, a journal might be the better route.

So: Adieu, Facebook! My profile will live on, and I’ll use it to know what lit events to go to, but as far as being social goes, I’ll do it better offline from now on.

10 Unnecessarily Congratulatory Hot Guy Instagram Accounts, If You’re Into That Sort Of Thing