You only live once, as far as I know, so you should do something different with your hair. When I cut all of my hair off, women were like, “You’re so brave! I could never do that!” I really didn’t feel particularly brave. Actually, I’m kinda a wimp. But I looked around and noticed that a lot of women keep exactly the same hair style FOREVER. Sometimes it’s because it’s just the one that works. They’ve tried stuff and figured it out. But often, it’s just because they’re scared. Well, don’t be. The wondrous thing about hair is that it’s the only part of your body that you have a lot of that will just grow back, no matter what. I’m thinking about that …I guess skin falls under that category too. But you know what I’m saying. Do not experiment with skin removal. Instead, here are some things you should try with your hair at some point …

1. Dye it a crazy color. You can pick the color, so it’s whatever you think is crazy for you. That might be hot pink, it might be black, it might be platinum blond, and it might be a sort of chestnut color that is two shades darker than your actual hair color. Until you dye your hair, you will have no idea what it will look like a different color. Simple logic. And aren’t you curious? And here’s the awesome thing—it doesn’t have to stay that color. Alternatively—if you’re worried a lot about damaging your hair and you really want to go pink, which means bleaching it first, then just get a wig. People don’t try wigs enough, in my opinion. Do they even try them at all? I don’t know why not.

2. Grow it really long. I grew mine out as a teenager with the sole purpose of being a mermaid in the pool. I loved the way my hair looked underwater, floating. I wanted more of that. I think I was 12 at the time. So I grew it for about four years, and then it was down to my lower back, and it was enormous amounts of fun. Being a mermaid in the pool is not overrated, trust me. The only thing is, it takes a long time to dry afterwards. TOTALLY worth it! And also… 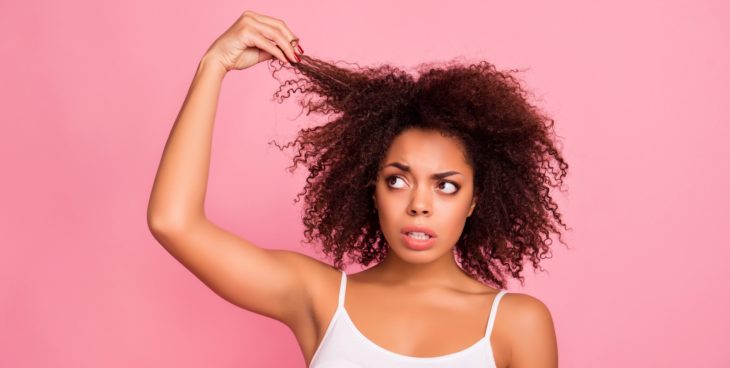 3. Braids! You can do these with long hair. And you should do them hard. I mean, you should even do Princess Leia hair. Because you can. And every woman should know what she would look like if she were in a “Star Wars” movie. How can you let yourself go through life without knowing? Or is this just me? “Star Trek?” Anyone?

4. Get a buzz cut. No! you say. That is extreme! That is like Britney Spears when she was in that really bad place and kept forgetting to put on her underwear. No, it is not. It is like you don’t have any hair to deal with. And it feels amazing. It also feels incredibly bold and brave, and suddenly, your face is more important than you ever imagined it could be. So you put on awesome lipstick and eyeliner, and you go out into the world, reborn, exposed, fantastic. Also, heels look amazing with this style. The combination of the masculine haircut and your feminine stuff is a little shocking, in a good way.

5. Straighten it or curl it. Whichever yours isn’t naturally, do that one. For me, it was straightening. The result was sort of startling. I looked like the really Jewy girl in an ’80s movie who is trying to fit in with the popular, blond cheerleaders. Just from straightening my hair. You never know what will emerge when you make your hair do the opposite of its natural state. 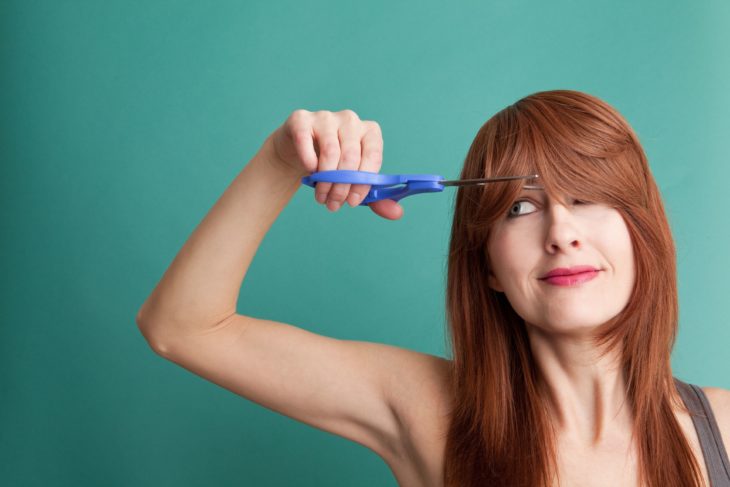 6. Try an elegant up-do. This is the sort of thing I could NEVER make my hair do alone. I need a lot of backup. Professionals. Expert consultants. OK, maybe just someone who works at a hair salon. Go for the kind of hair a queen might have, at a ball. Something with a few gentle tendrils, and the rest swept gracefully up. Wear it with a gown. Wear it to bed and see what happens to it by morning. It will be epic.

7. Big hair. Tease it out. Make it huge. Have a mane. One of my brothers has a Jew-fro, and I am eternally jealous. I tried to keep up, as a kid, by flipping my hair upside down and brushing it over and over until it was charged with static and stood out crazily from my head, like a little Einstein. After a few minutes, though, it always started to droop. When I got married, I asked the person doing my hair if she could make it huge. I don’t think she understood. Brides aren’t supposed to want that. So it wasn’t. And I am still a little sad, because I love the image of a wedding gown with giant, messy hair above it. Anyway, having huge hair briefly is easy to accomplish, and it makes everything you wear look a little wild.

8. Cut bangs. Because you never know until you try. And when they look good, they look great. It’s like this badge of pride. It’s like finishing the marathon first. There are just not that many people out there who can do it. Who can even come close. I know, because I can’t even come close. But in the spirit of being ballsy, I tried. And I don’t regret it! You can always push them back. Or do a hat. Actually, I recommend having a hat on hand, just in general. A fedora, preferably. Because it’s never about covering up, it’s just about making a different statement. 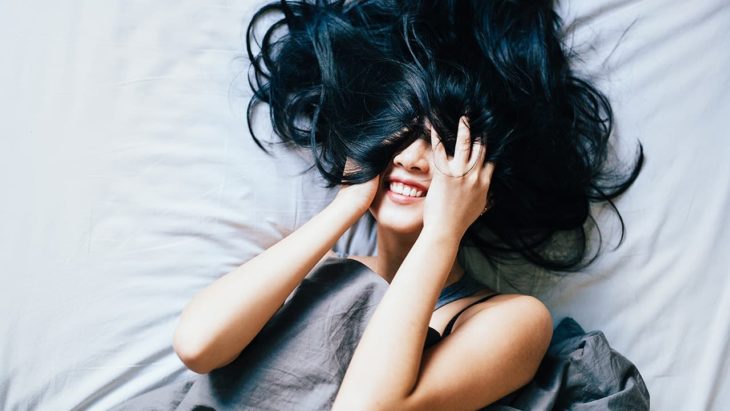 There are other things you should try, of course. Like highlights, and parting it in the middle and on the side, and using a lot more styling putty than is healthy. But those things are obvious. You’ve already done them, right? Exactly.

The point is—it’s just hair! If you’re at all curious, give it a try. You never know—you might look a lot like Zooey Deschanel. I know I don’t. But it could happen. Somehow, you might end up looking a lot more like you.

According To “Playboy,” The Best Colleges To Get Laid Are…

17 Things That Will Absolutely Destroy Your Morning

7 Reasons Why Minimalist Jewelry is in Style...