8 Things I Learned From Selling All My Belongings On Craigslist

In preparation for our move to Nashville, my boyfriend Nick and I took Ami’s advice and decided to sell most of our stuff instead of spending the money to move it 2,300 miles. So for the past few weeks, we’ve been welcoming a string of Craigslist buyers into our home as we clear out all of our furniture and pretty much every other non-essential item we own.

It’s been a bit stressful, but mostly liberating. In honor of Spring Cleaning Week, I thought it would be fun to document some of the lessons I’ve learned from the experience, because selling stuff on Craigslist is a great way to clear out clutter, even if you’re not moving across the country… 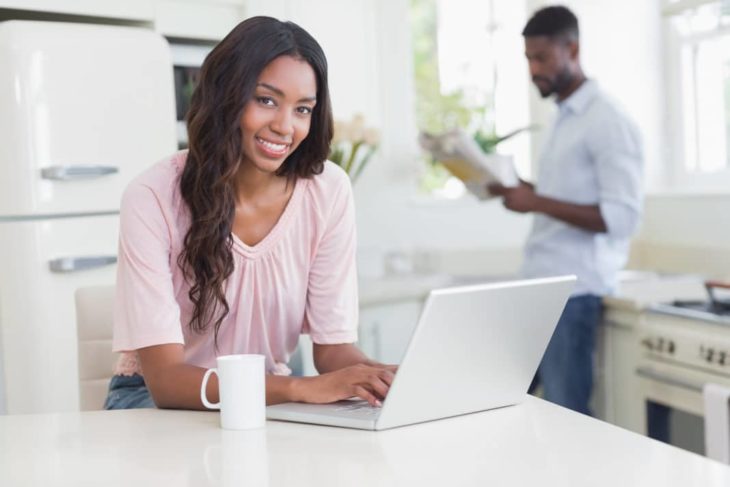 1. Most people are really awesome.

One result of my massive Craigslist purge that I wasn’t expecting was a general restoration of my faith in humanity. The people who came to our house to pick up a coffee table or a bike or a guitar were incredibly sweet, kind, honest human beings. They asked about our upcoming move, gave us tips for our road trip, and wished us safe and happy travels. Nick and I kept turning to each other after people left and saying, “Why are we not friends with these people?!” It was a really cool experience to meet so many random people from the internet and have the vast majority of them be awesome.

Was the guy who sent me a message saying, “Gimme TV now $100″ just using poor grammar or was he a psychotic ax murderer? I will never know, but I’m glad I played it safe and chose another buyer who used complete sentences and sounded like a normal, well adjusted person. It’s OK to pass on a prospective buyer if they raise even the tiniest of red flags. After all, you’re often inviting these people into your home–it’s so much better to be safe than sorry.

3. You’re probably sitting on more money than you think.

When we decided to sell our stuff, we put together a rough estimate of how much we thought we’d be able to make from it. As we kept finding new stuff to sell, and most of our stuff sold for the full asking price, the total ended up being almost three times more than we expected. I feel lucky that I’ve never been in enough of a financial bind that I was forced to sell my stuff, but now I know that if I ever do need some fast cash, selling a blender or a coffee table is always an option. 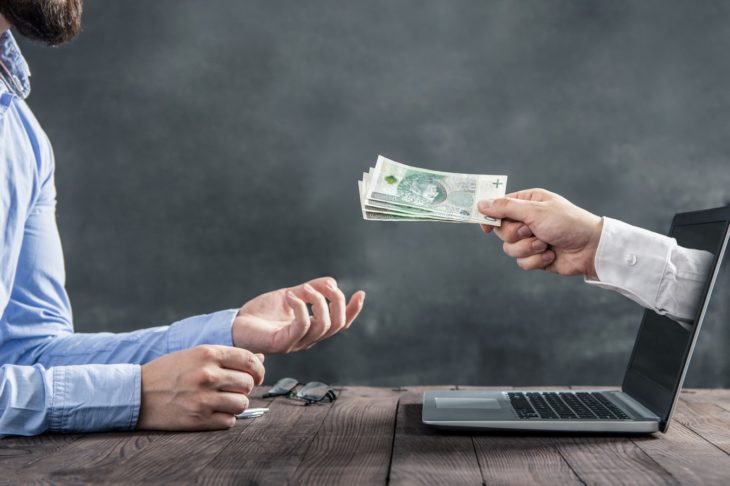 When I first listed our TV on Craigslist, days passed and I got no responses. None. Zero. I was kind of surprised, because our TV is pretty nice and I thought I’d chosen a more-than-fair price. Frustrated, I dropped the price by 10 bucks, and within an hour I’d gotten 20 emails. It was insane. A few days ago when Nick sold a pair of shoes, a guy came over to try them on, hemmed and hawed about whether they were “the right shape” for 15 minutes, and then left without buying them. Nick texted him and said, “What if I knocked 10 bucks off?” Boom: sold!

5. Talk to people on the phone when possible.

Like I said, inviting strangers over to your house can be sketchy and stressful. One way to get a better read on someone is to have them call you for more info. I wasn’t totally sure about a guy named Dan who had emailed me about my bike, but after talking to him on the phone I felt much more comfortable with him. He ended up buying my bike for his 12-year-old daughter, and I will never forget the look on her face when they came and picked it up. Alternately, there were a few people I talked to on the phone that I didn’t feel totally comfortable with, so I either made plans to meet them in a public place, or told them that I wasn’t going to sell the item after all.

6. Your stuff doesn’t define you.

For most of my life I’ve struggled with some hoarding tendencies. I amassed more and more stuff just for the sake of having it, and I couldn’t fathom letting any of it go. This move and the process of selling our stuff has forced me to confront all of my ideas about the things I own and what they mean to me. The gist of it? I’ve learned that stuff is just stuff, and has absolutely no bearing on who you are as a person. In fact, getting rid of stuff gives you more freedom to the live the life you want, without being bogged down by clutter and material things. We couldn’t have afforded a cross-country move without selling our furniture, and I can tell you already that the trade-off was totally worth it. 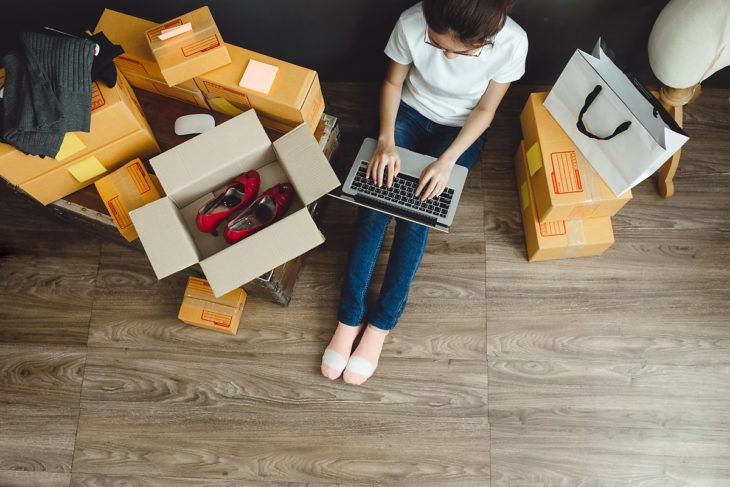 7. You can live with much, much less than you think you can.

In this last week or so, we’ve been living without a couch, table, chairs, or any other living room furniture. Today we’ll say goodbye to my office desk and our bed frame. It’s taken a bit of creativity (and lots of dinners sitting on the floor), but it’s also inspired us to make do with less, and once we get settled in Nashville we’re going to be very mindful of buying what we need, instead of filling up our house with stuff just for the sake of having it.

8. Some things are meant to be.

Out of everything we parted with during our Craigslist rampage, selling our couch was by far the hardest. It was the first major furniture purchase we’d made together as a couple, and it was also The Comfiest Couch In The History Of The World. Seriously, we loved this couch so much it was basically our pet. When we listed it on Craigslist, we both secretly hoped it wouldn’t sell, but alas, I got a response from a delightful woman named Maggie. She came and looked at it, and instantly showed the same ridiculously high level of love and enthusiasm for our couch that we felt every day. As soon as she left I told Nick, “I want her to have our couch.”

She emailed the next day and asked–very kindly–if we’d be willing to be flexible on the price. The offer she made was lower than we’d wanted to go, but again, I told Nick, “I just want her to have our couch. I think she is meant to have our couch.” We accepted the offer, and she and her husband (who turned out to be just as delightful) came over the next night to pick it up. 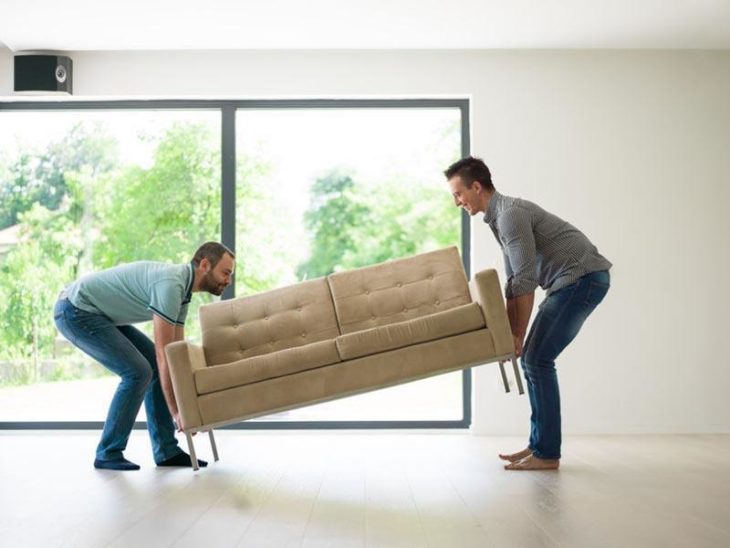 Seeing our couch go was pretty rough, but it helped to see it being fawned over by its new owners. Maggie ensured us repeatedly that it was going to a good home (I told you this thing was like our pet!), and gave both of us a big hug before she left. The transaction couldn’t have gone smoother, but standing in our empty living room afterwards was the moment that everything started feeling real. We really were selling all our stuff. We really were moving across the country in a couple weeks. We really were letting go of our old life. And that was a tough pill to swallow.

An hour later my phone beeped. It was a text from Maggie: a picture of the couch nestled into their living room, complete with her happy husband laying on it with a book and a beer, looking as happy as Nick looked when he used to lay on it with a book and a beer. I can’t even tell you how much this silly little picture text meant to us. It made us feel like not only was our beloved couch exactly where it was supposed to be, but that we were on the right track, and everything was falling into place. It was definitely a Good Universe Moment, courtesy of Craigslist.

9 Common Sex Dreams And What They Mean

Where to Get Free Stuff Online