9 Celebrity Fathers Who Raised Their Kids All By Themselves

In the modern world, it is quite common to see mothers raising kids alone, but single fathers are a rare thing to see.

The Frisky collected some of their stories- these celebrity fathers took full responsibility for raising their kids, for different reasons. Some chose to do so, and some went through a tragic event while the others got left with the kids after a divorce. Here we listed some of them. 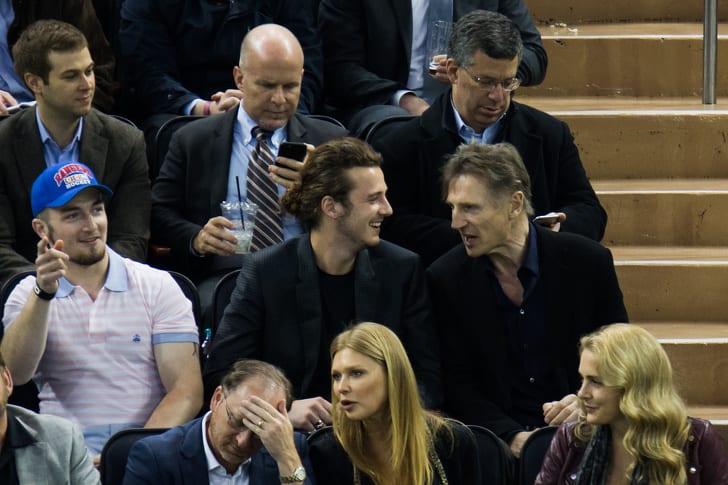 Liam found himself in a situation where he had to raise his 2 sons all by himself when they were 13 and 12 years old. An accident happened 10 years ago when his wife Natasha Richardson went skiing. She fell and hit her head and died several days later. It took a long time for the family to overcome this tragedy but Liam managed to do everything necessary, and he coped well with the responsibility.

When Pierce and his wife Cassandra Harris got married, he adopted her 2 kids, Charlotte, and Chris who were 9 and 8 years old. Then 3 years later Cassandra gave birth to their son Sean. Unfortunately, she soon died from cancer. After the tragedy, the actor took care of all three kids without even planning to get married again. However, he met a journalist Keely Shaye Smith and the couple got married in 2001. They now have 2 children, Dylan and Paris.

Nicolas wasn’t officially married to the mother of his son Weston who was born in 1990. After they broke up, he wanted to raise his son alone, so in return, he had to give her his house in Hollywood. Weston is now 25 years old and besides being a musician wants to start the acting career. 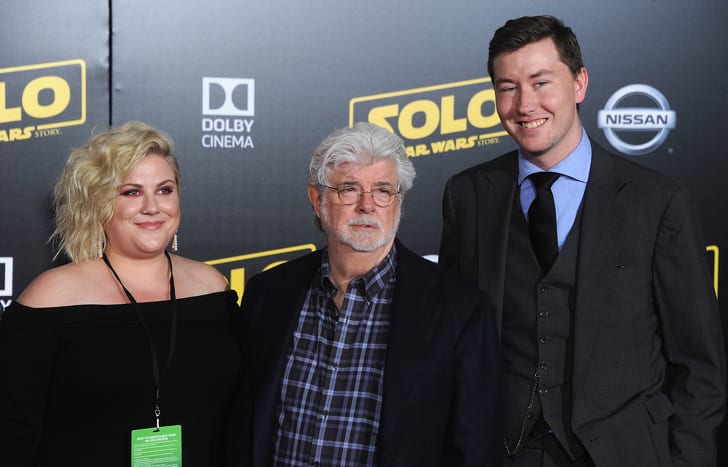 George Lucas, the creator of Star Wars saga, raised 3 adopted children all by himself. Firstly he and his wife adopted Amanda who stayed with him after the divorce, and later he adopted another daughter Katie and son Jett. Then in 2013 he and his wife Mellody Hobson got married and  she gave birth to their daughter. 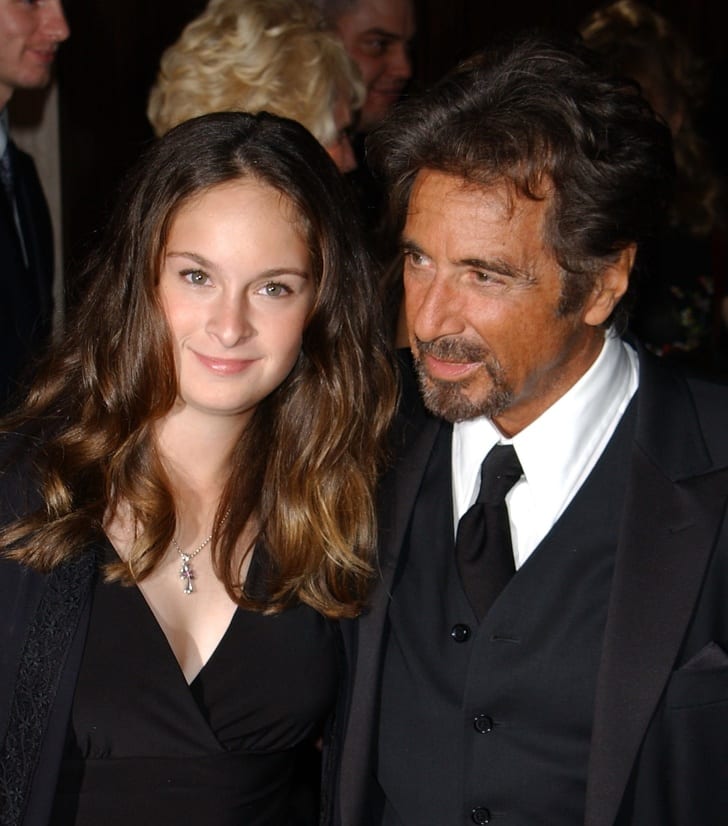 Even though Al Pacino never officially got married, he has been a good father to all of his 3 children. His daughter Julie was born in 1989, while in 2001 the actress Beverly D’ Angelo gave birth to their son and daughter, Anton and Olivia. After they split up several years later, the parents managed to agree and share custody over the kids so they can spend equal time with both of them. The actor is really dedicated to his family, so he always tries to schedule his working hours to spend more time with them. 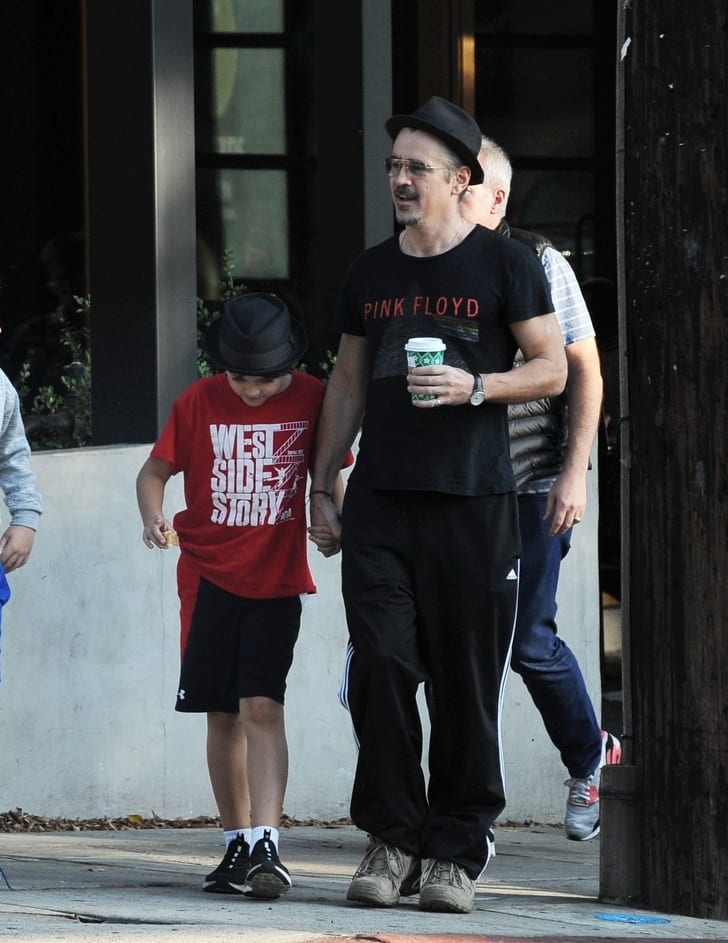 Colin Farrell raises 2 sons all by himself. James is 16 years old and his mother is a model Kim Bordenave with who Colin didn’t stay together long. His younger son Henry is 10 years old, and he got him with a Polish actress who broke up with him soon after. Even though his relationships with the women didn’t go so well, he said that he would provide for his sons for life.

The musician Lenny Kravitz started raising his daughter alone when he divorced from his wife, Lisa Bonet. In the beginning, they shared custody equally, but when their daughter Zoë turned 11 she started living with her father fulltime. Today she is a famous model and actress and model.  Zoë and her father are often seen together at social events.

Ronaldo’s first son was born in 2010 by a surrogate mother, and he named him Christiano. Then, in 2017 his twins Eva and Mateo were born. His fiance Gina Rodriguez also gave birth to their daughter Alana Martina. 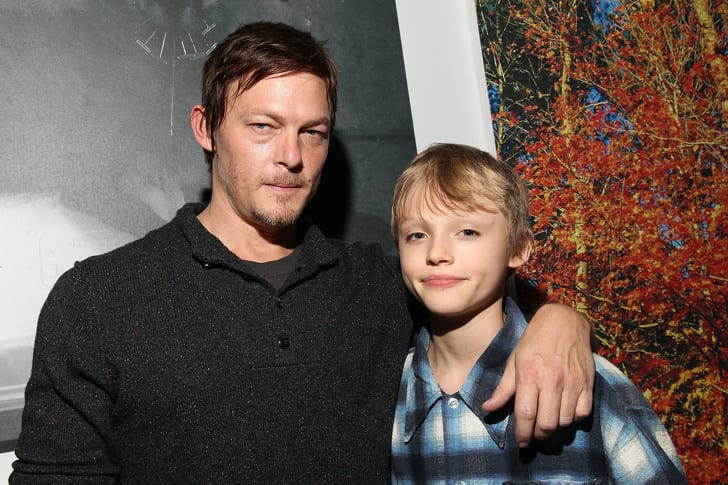 The Walking Dead star Norman Reedus has been taking care of his son Mingus for years. His mother is a supermodel Helena Christensen who was in a relationship with Norman for 5 years before they broke up. They share custody over him, but he spends most of his time with his father in Los Angeles. Mingus is now 20 years old.

Why Prince George can’t have a best friend

Dubai Facts and Information for the First Time Travelers