It’s beach season! Yay! That means that when I went to the beach last week I got sun poisoning, just like every year. Boooooo.

The whole concept of “sun poisoning” is baffling to me. Human beings have been living, hunting, farming, working, traveling, and just sort of existing in sunlight for our entire existence. The fact that I have such a violent reaction to sun exposure, then, made no evolutionary sense to me — that is, until I did my research. Here are nine important pieces of sun info you should know before you head out to soak up some rays this summer:

1. Sun poisoning is really a thing! When you get a really, really bad sunburn — which is not difficult for some of us to do — your body can react with nausea, fevers, chills, and dizziness, all of which are related to heat exhaustion. I would hazard a guess that some of that sickness is also a result of shock from severe pain. This is different from an allergy to sunlight, called polymorphous light eruption (PMLE), wherein your skin rashes from sun exposure. 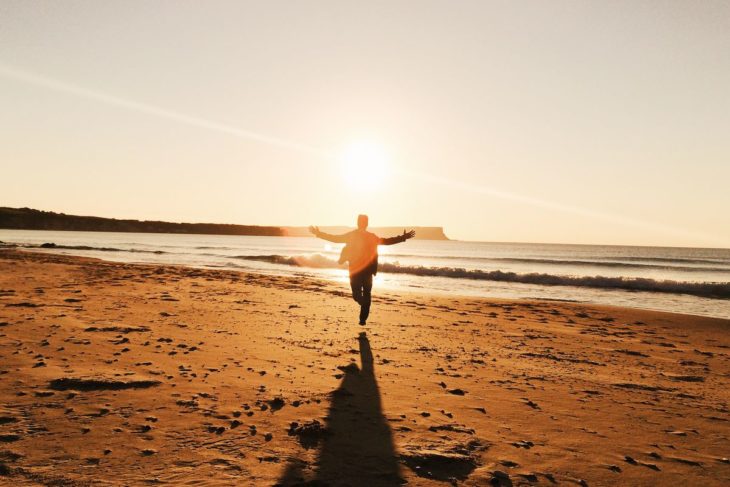 2. Your burn doesn’t “fade” to a tan. The redness you get from a sunburn is your body sending bloodflow to the capillaries in the subcutaneous layer of your skin (which lies under the dermis), after it’s been damaged by ultraviolet radiation. A tan, on the other hand, is a result of the production of melanin from cells called melanocytes that are found in the basal (lower) layer of your epidermis, and which are activated by UV radiation. Melanin helps to protect your skin from further damage – in moderation. So burns don’t turn into tans – they happen at the same time, via two different processes.

3. Some people just do not tan. There are three different pigments that can be produced in melanin – brown, red, and yellow. If you don’t tan, that’s because your skin produces more of the red and yellow pigment than the brown pigment. Melanin production is still activated, but you’re not going to get all bronze.

4. Freckles are melanin polka dots! I’ve been wondering about this one for a while — freckles are clusters of melanin that exist in your skin whether or not UV radiation has triggered them to get darker. So you don’t really “get” freckles so much as you just have them.  Important note: freckles are not melanoma. More on that in a sec.

5. Darker skin colors are a result of constant melanin production. Melanin production makes up part of the less-than-a-percent genetic difference between people of different ethnicities. Hooray, science!  Because people of African, Pacific, Asian, Hispanic, and Native American descent have constant melanin production, and melanin helps to protect your skin from UV damage, it means that POC don’t get sunburned as easily as white people — and it also means that you’re way, way, way less likely to get skin cancer.

6. White folks: You’re not crazy, your burns do get better as the summer goes on, as does PMLE. As your exposure to UV radiation increases, melanin builds up in your skin, and your skin is therefore better protected from further damage. 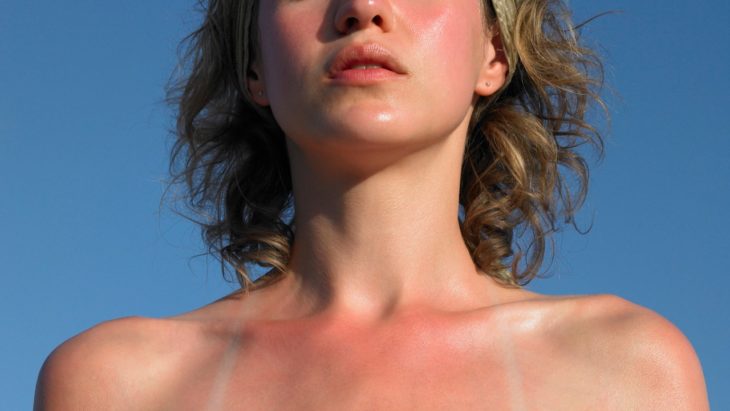 7. Don’t take any of this as a reason to be like “tanning is good!” Tanning does lead to skin cancer. This has been duly shown — both melanoma (cancer of the melanocytes) and basal cell carcinoma (cancer of the tissue cells in the basal layer of the epidermis) are caused by UV exposure, indoors and outdoors.  Melanin is great, but it’s not a guarantee of safety, especially for caucasians. Allow me to say some scary things: Skin cancer is the most common form of cancer in the United States. Every year there are more new cases of skin cancer than of breast, colon, prostate, and lung cancer combined. Twenty percent of Americans will get skin cancer. THAT’S A FIFTH of the population. One person dies of melanoma every hour. Once you get melanoma, you’re nine times likelier to develop it again than you were to develop it the first time. Your chances of developing melanoma double after you’ve had only five sunburns.  In other words, you WILL get skin cancer if you’re flippant about it.

8. Aloe vera maybe kind of works?  But sunscreen definitely works. Aloe vera hasn’t been proven to heal sunburns; there’s some evidence that suggests that it helps to increase bloodflow. More than anything, it creates a cooling sensation that can help with the pain, so no doctor is going to begrudge you some of that sweet, sweet leaf gel — but do make sure you get it from an actual aloe leaf, because that green gunk they sell at drug stores is gross. Sunscreen, on the other hand, has ingredients that either reflect or absorb UV radiation, and there’s a quantifiable scale for its efficacy. An ounce of prevention is worth a pound of cure, as it were.

9. Buy whatever sunscreen helps you get sunscreen on your body. I, for one, am not a big fan of aerosols. That being said, when I weigh the potential risk of isobutane against the absolute risks of sun exposure, I come out on the side of isobutane — meaning, I use spray sunscreen. It’s the easiest to apply quickly and without help, and whatever gets sunscreen on my skin is fine by me. People who are more patient than I am might prefer something different — just make sure that you always wear sunscreen!

Prevent your dog from going out