This week in totally disturbing nuptials news, a staffer on John McCain’s 2008 presidential campaign met his bride-to-be while on a tour stop on behalf of the Republican candidate. The only problem? Oh, she was 17, and he was visiting her high school. There are so many gross gems from the romance of 29-year-old Christopher Cox and his now 21-year-old bride Andrea Catsimatidis, featured in the New York Times Vows section this weekend. As the couple explains it to the Times:

“She was the only person I remembered meeting that day,” he said. Ms. Catsimatidis, who at the time was five days shy of her 18th birthday, found herself taken by Mr. Cox’s political convictions, as well as his boyish looks.

“All the girls were cutting me in line,” remembered Ms. Catsimatidis, now 21. “They all wanted to meet the cute McCain guy.” 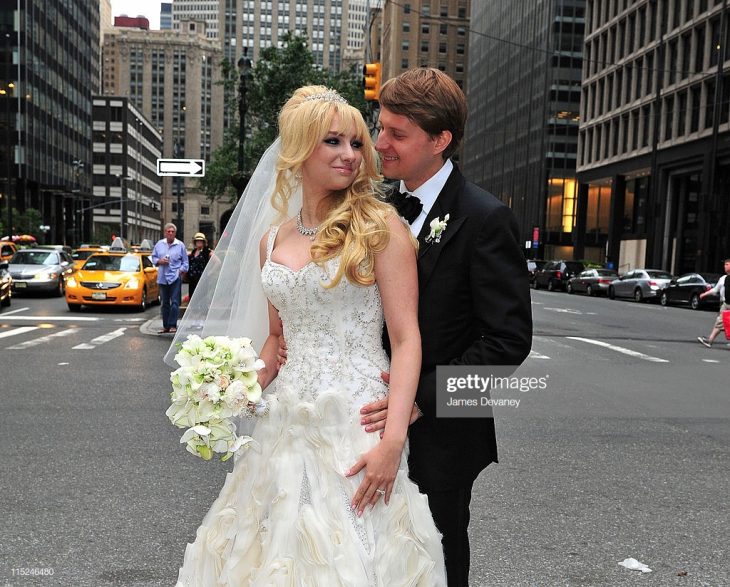 Oh, uh, okay. So, Catsimatidis, who is the daughter of the billionaire owner of the Gristedes supermarket chain, snagged the cute McCain guy’s attention, but her father wasn’t thrilled. After all, “if I was not in the house at 3:20,” explained Catsimatidis, “he would threaten to call Ray Kelly,” the New York police commissioner. Good thing Cox circumvented the problem by meeting her at her high school! And plus, her dad really liked Cox. “He wouldn’t have given me up to anyone else,” she says.

Oh yes, that’s also where he proposed to her, in case you were wondering. And a who’s who of political elites attended the ceremony, including Hillary Rodham Clinton and former Secretary of State Henry Kissinger.

But wait, isn’t this kind of statutory rape? Or didn’t it at least start out that way? [Gawker]

What Are Your Weirdest Quirks?