A Comprehensive Guide on Sikkim For First-Time Travellers

Sikkim is a state of India which is located in its north-eastern side and borders with Tibet, Nepal, and Bhutan. Its capital is Gangtok, and the hilly terrain of the state varies widely in altitude. It is one of the smallest states of India, and tourism is the primary industry of Sikkim. The state is surrounded by the Himalayan mountain and is legendary for its tranquil nature. Hundreds and thousands of tourists arrive here to explore the state and its ethnic mix of people, rich cultural tradition, and a tremendous variety of flora and fauna.

There are many great sites which provide information on this state, but the most informative resource we have come across is – eSikkimTourism.in. There is no dearth of quality topics about Sikkim on this site – from places to visit, top attractions, best hikes, local delicacies, monasteries to visit, natural beauty, and so much more. It is important to learn about permits and good hotels to stay in. You can find all this information on this comprehensive site. A brief history of the state

Sikkim was an independent dynasty until 1975 when it became free of the Namgyal kingdom to join India and became its 22nd state. Earlier, the state during the Namgyal monarchy was invaded by the bordering countries and surrendered to these external forces. However, it managed to regain its control. King of Sikkim fought for an independent country but later was deposed by the Indian army and this state became part of India and the 22nd state officially. Rabdantse was the original capital of the state, and its ruins are well preserved and can be visited.

Sikkim as a tourism hotspot

What makes Sikkim a magnet among tourists are those fascinating views of the Himalayas, the lovely river valleys and lush green meadows. It is a fantastic sight to view those high-altitude lakes, hot springs, and passes that connect the state with Nepal, Tibet, and Bhutan, with a good tour operator at your side.

Kanchenjunga peak is located at the border of Sikkim and Nepal and is a major attraction. Tourism in the state has steadily risen in the past few decades, and more than a million tourists visit this state every year. It is a paradise for adventure freaks and mountaineers who can enjoy a myriad adventure activity. Sikkim will not disappoint you if you love nature and adventure. Get ready to explore its quaint villages, holy lakes, and Buddhist Monasteries.

If you have never been to Sikkim and are planning a trip, well, you are just on the right page. Take advantage of the extensive travel guide that tells you everything about this state and its main attractions and activities.

Sikkim is a restricted place for foreign nationals as it borders with China, Bhutan, and Nepal. All foreigners require ILP or the Inner Line Permit to enter Sikkim. The China, Pakistan, and Myanmar nationals need approval from the Ministry of Home Affairs India before they can apply for ILP. There are specially protected areas, and everybody needs a special permit to enter these areas like Nathula Pass, Lachung, Tsomgo Lake, Gurudongmar Lake, Yumthang Valley, Lachen and more. Foreigners do not have permission to visit a few spots at all like Nathula and Gurudongmar Lake.  The permits can be collected from the Indian Missions in different countries or major cities within India.

As the tourist’s paradise boasts of enchanting weather all through the year, there are some months which are suited best for some occasions and events in Sikkim. Summers are pleasant and an excellent time for trekking. Avoid monsoon season from July-September when the state experiences heavy rainfall and landslides. Winters are the best time to visit Sikkim for those interested in snow.

How to reach Sikkim

There are various options to reach Sikkim, and one can take the road, rail, or the air route. 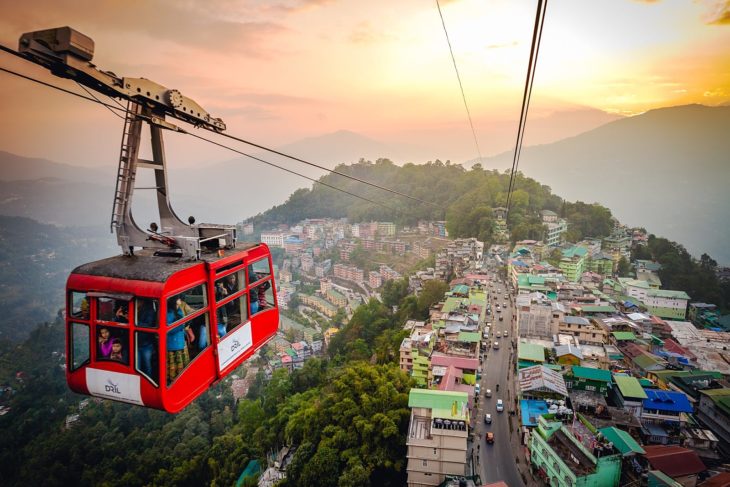 Sikkim is made of 4 districts, South, North, East and West and the South District has lower altitude while the North district bordering China is known for high-altitude destinations. It is indeed impossible to cover all the attractions and destinations in Sikkim, and each of them carries a unique charm. Here are some spots and sites that should be on the list of every tourist to the state. 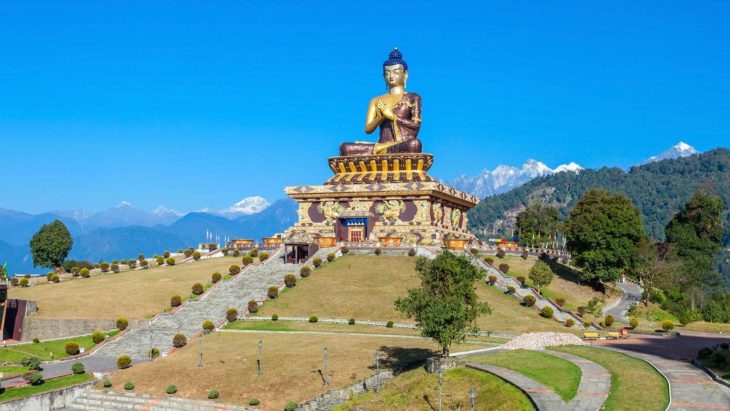 No matter which direction you head for in Sikkim, it is impossible to ignore those lush hills and thundering rivers plus foaming white waterfalls.

Popular Festivals to Enjoy in Rajasthan