One of the most exceptional running backs in NFL history, Adrian Peterson, started playing football at a young age as a way of trying to shift his focus from his difficult childhood. Years later, he is considered as one of the most valuable running backs.

Here are some interesting things you didn’t know about this talented American football player, as well as what is his current net worth. Take a look below. 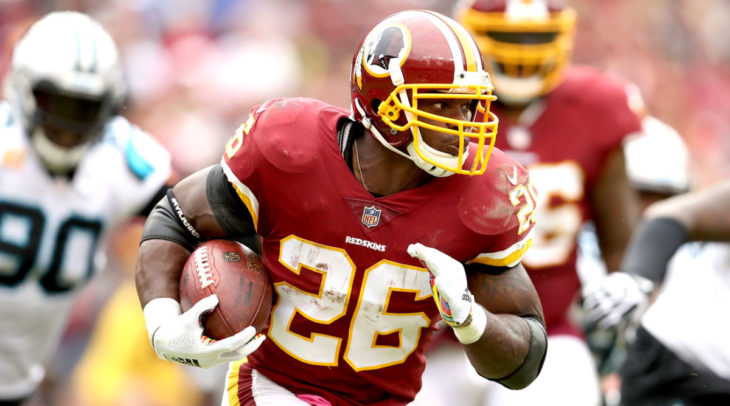 Adrian Lewis Peterson as born on Mach 21, 1985, in a town located in one of the United States of America, Texas, called Palestine. His mother, named Bonita Brown, was a Texas state champion at Westwood High School. She won it three times, and afterward, she enrolled in the University of Houston as she got an athletic scholarship for her sprinting abilities. His father, Nelson Peterson, was a shooting guard for Idaho, and with both athletic parents, it is no wonder that young Adrian turned to sports.

However, he had a difficult childhood. When he was just seven years old, he witnessed his brother’s death. He died when a drunk driver hit him with his car. Six years later, when Adrian was thirteen years old, his father, Nelson Peterson, ended up in jail as a result of laundering drug money.

“All Day” later shortened to “A. D.” is Adrian’s nickname, and he got it when his father kept calling him that since he was a harsh kid. The nickname stuck, but he is now more referred to as A.D. 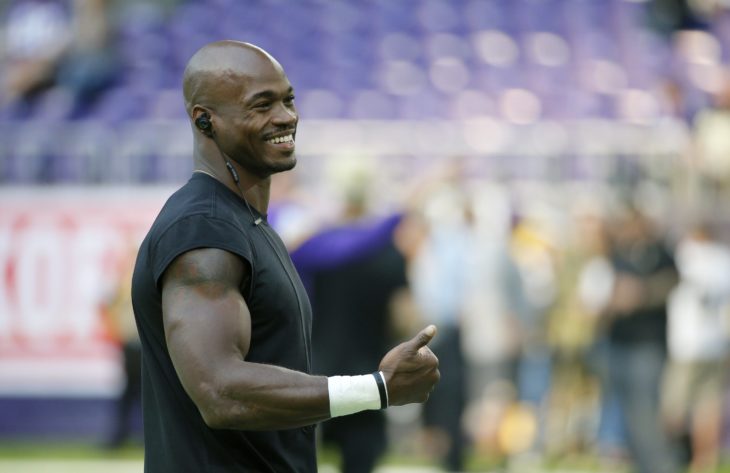 “Thank you to my family, my fans and fans of other teams for their support. The NFL is a fraternity of brothers, and I am thankful for the tweets, phone calls, and text messages from my fellow players. God Bless everyone and thank u so much,” said the football player once. His career began when he enrolled in the University of Oklahoma, as he received a scholarship.

In 2004 he ended up in second place in the Heisman Trophy. He sustained some injuries during his time in college, and he worried that he wouldn’t be able to overcome it. However, he quickly healed, and he became the first running back of Minnesota Vikings in 2007.

“When you think about little league football, high school, and even on to college even more so, you’re dealing with a lot of guys that are prideful, that think they’re the best – a lot of alpha males. So, typically, you’ve got to have a guy that can control those guys, and, when he talks, they know he means business. He’s a serious guy,” said Peterson.

During his time at college, he also had some issues with his health, “I thought I was Superman until I experienced that life-changing anaphylactic shock. I was eating lunch and gobbled down a couple of bowls of gumbo. Then, 15 minutes later, I’m in my dorm room, resting up. My eyes started itching, and my throat was swelling up. I could barely breathe.”

In 2009 he got to the AP All-Pro team with his 25 carries 180 yards and three touchdowns when he and his team competed against Cleveland Browns. Peterson and his teammates won against Dallas Cowboys, but in NFL Championship, they didn’t win their battle against Saints. The talented football player also got to the NFL Top 100 Players of 2011 list and later became the highest-paid running back in NFL with a $96 million worth of contract.

Another injury came in 2015, and he had to operate his knee, or more accurately, he had to fix his torn meniscus. He quickly recovered, and he ended up with six carries in a game against Indianapolis Colts. 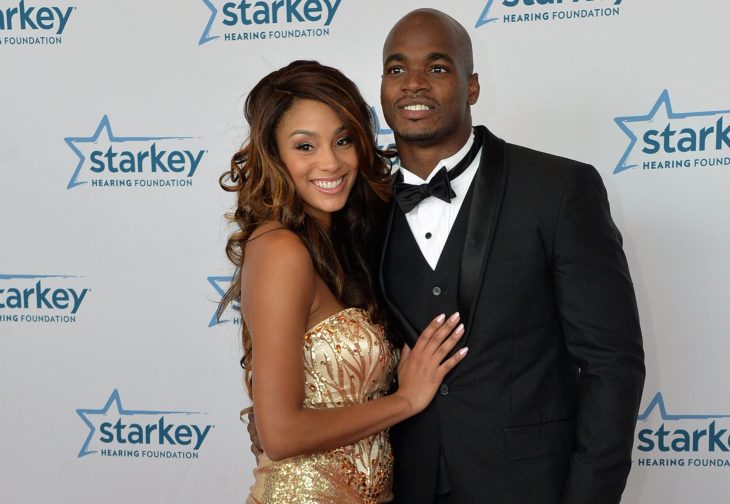 Adrian Peterson has won an incredible seven Pro Bowls, and he received an award for NFL Most Valuable Player in 2012. Adrian Peterson is married to Ashley Brown, and they share three children, Adrian Peterson Jr., Axyl Eugene Peterson, and Adeja Peterson.

The football player also had a child with a waitress, but unfortunately, the child named Tyrese died in a hospital as a result of sustained injuries. The boyfriend of Tyrese’s mother ruthlessly murdered the child, and Adrian got to see him for the first time just one day before the boy’s death. 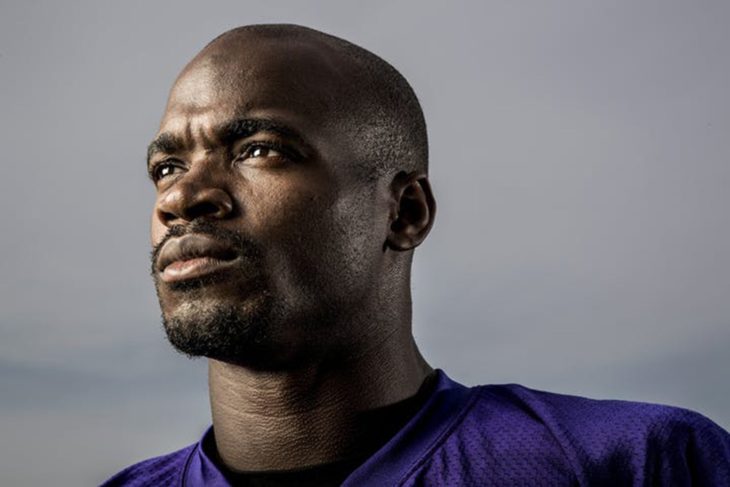 There are rumors that Adrian Peterson is not good with finances, and that he is currently in a lot of debt. He was also criminally prosecuted after he beat his son with a switch. After a short suspension, he got back in the game. His estimated net worth today is around $4 million.