For reasons unbeknownst to me, Business Insider has published a piece about a young woman in New York City who did something unethical, tempting and all-too-easy: she used the online dating site Match.com to score around $1,200 in free dinners paid for by dates.

The anonymous woman — who is only 23, by the way — earns a $45,000 salary but “barely had enough money to pay for food.” She was paying almost $1,500 a month in rent (which, for context, is twice as much as I pay) and spending $500 a month eating out (which is just insane). But instead of moving into a cheaper apartment or cooking at home, she decided to date her way through tasty dinners.

“Minerva McGonagall,” as Business Insider calls her, would rotate guys five nights a week. She also never went on more than five dates with the same dude, because she didn’t want to lead any of them on. (Somehow, though, she ended up with a boyfriend at the end of this.) All these dates paid for her drinks and meals — all of them, apparently, which means chivalry is alive and kickin’. The roughly $1,200 in free meals she enjoyed only cost her the $50 monthly Match.com subscription fee!

Now, that’s unethical on its own, but this story gets more unethical: “Minerva”‘s two roommates got in on the gaming-a-guy-for-dinner act and the three of them soon started swapping dates. (Not that they told the guys that, of course.) They apparently swapped guys amongst themselves and never allowed a man to take them home, so dudes they had double-teamed wouldn’t realize they lived in the same place. 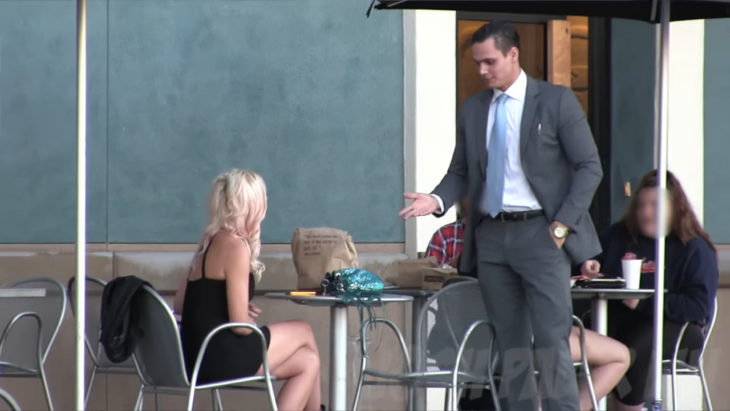 Unfortunately — or fortunately, perhaps? — Business Insider didn’t get into more detail about the individual dates, what lead “Minerva” to settle down with her boyfriend, or whether she moved into a cheaper apartment/got a raise/won the PowerBall. I would have liked to have known how this story ended.

But ultimately I’m annoyed at the lack of resolution because the story introduces us to a “gold digger” — which is already a crappy stereotype against women, an at-times unfair one since men make the decision to behave chivalrously — but doesn’t give us any other insight into her life or choices. Does she have deep-seeded issues from childhood about needing to live a certain kind of lifestyle? Is she just a crappy person? Why did she ultimately got bored/exhausted with this gambit? Did she ever “do the reach” for her purse on any of these dates, or just sit there motionless and wait for the guy to pay the bill ever time? Is her boyfriend one of these guys she scammed and does he know how she operated? And — the question on everyone’s mind — did she have sex with any of these men? Zero details makes it easy for blog commenters (and other bloggers) to rip this woman apart, calling her everything from a con artist to a prostitute.

I don’t think she is either, FWIW. I think she’s just a young, inexperienced woman who thought she was being clever and that this would “make a good story” someday. And it did. But along the way she became an icky person, too.

Men’s Shoes for Every Occasion