Dating Don’ts: Is Chivalry Dead? Maybe It Should Be

I’ve never been one for chivalry. I prefer to do things my way, and take pride in my own ability to lift things that are heavy, open doors on my own and find my coat in a sea of bodies and sad down jackets at a crowded bar. I’ve been with men who are completely unchivalrous, men who I’ve had to kick in the shins to lift a finger to help me carry an air conditioner up the stairs, and I’ve been with men who have fallen over themselves to get the door for me, even though I was already in the process of opening it. There’s a finesse to the art, a way of doing things that falls in between a fawning obsequiousness and a genuine gesture, bred of genteel manners and a different way of living.

There’s a fine line between chivalry and common courtesy. Holding a door open for someone who’s hands are full is good home training. Giving your seat up for a pregnant woman on the bus is good home training. Helping me into my coat at a restaurant is unnecessary, awkward and assumes that deep down, you are unconfident in my ability to put on my own outerwear when the fact of the matter is I have been dressing myself for longer than we’ve been acquainted. I understand that this is a gesture of kindness, but I view it as a harbinger of times past — and quite frankly, the past is where it should stay.

I have friends who understand that the antiquated chivalry of opening a car door, or being led through a room by a firm hand on the small of their back is often nothing more than a gesture, and an appreciated one at that.

“It’s clearly a gesture because it’s so antiquated,” one friend told me. “I appreciate it very much, and I understand that it’s ingrained in some people. If someone put my coat on for me, I’d be weirded out, but I would appreciate it. There are levels.” 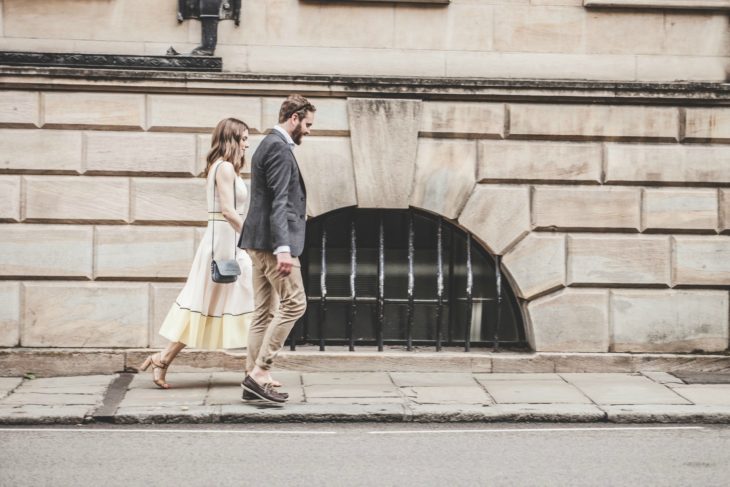 There are levels to what is and isn’t chivalrous, but I’m willing to argue that the traditional notions of chivalry can be put to rest. The traditional chivalrous move assumes the inherent weakness of the “fairer sex,” and most of these weird notions were perhaps more practical in a different time. Take the gesture of letting a woman walk on the inside of the sidewalk, away from the curb. In olden times, when city streets didn’t have designated walking paths and were flooded with sewage and the risk of being trampled by a rogue horse-drawn carriage was a bit higher, this was a protective measure. If I was running the risk of stepping ankle-deep into a river of sludge on a dimly-lit street or being trampled by a spooked horse, then I would gladly let the man stand on the outside — self-preservation at its finest. These days, those risks are no longer really factors. The gesture feels empty, and makes me think that a part of you still thinks that a woman’s place is tucked out of harm’s way, incapable of defending herself or getting dirty.

Besides, one of the reasons I’ve chosen to go on a date with someone is because they value my independence and respect the fact that I’m a fully-functional adult who is entirely capable of putting on my own jacket and finding my way through a crowded room without an insistent, sweaty paw on the small of my back to guide my way. I do know how to walk, because I walked to this very bar to meet you. I’ve been doing this for a while, buddy, without your help. Let me handle myself.

I thought that I was alone in this sentiment, and further discussion revealed this to be true. Talking to my pro-chivalry friend revealed that she was touched by some of the gestures made by dudes in the wooing stage. The very things that made me super uncomfortable actually made them, and thus her, happy.

“Guys are just dumb,” my friend continued. “You have to let them open the door and stuff to make them feel special. I know that I don’t actually need someone to get the car door for me, but it’s nice just the same.” 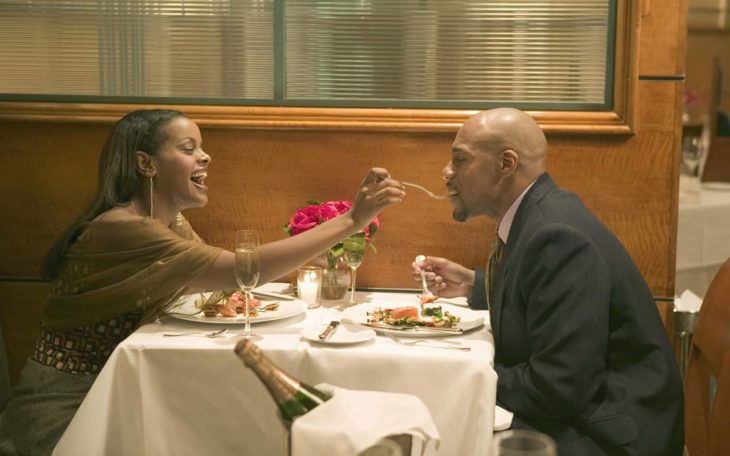 don’t agree with the fact that all guys are dumb. Some are smart, some are idiots, and some are just normal, just like every other subset of human in this world. However, I certainly do not subscribe to the idea of letting a man do something for me in an attempt to bolster his ego — is it really so fragile? It’s that very sentiment that’s at the heart of modern chivalry attempts, and it’s that precise reason that I’m so against it. The fact of the matter is that I take pride in being able to do things by myself, within reason. For the most part, I can open doors on my own, but if my nails are wet, or if I’m say, trying to carry a couch down the stairs, I’d love a little help. Otherwise, I’m perfectly content to handle most of it on my own.

It’s become the norm for people to walk through life with blinders, to let the door slam in someone’s face as they’re juggling a bag of groceries and fumbling for their keys, or to step over the contents of someone’s bag that has just spilled onto the sidewalk. Take some time and help someone not because because you think it’ll let you get to third base at the end of the night or because it gives you a false sense of dominance, but because you are a kind and decent person, with empathy for and understanding of others. Put the energy you’d like to receive into the world, and see how far a little genuine niceness will get you. It’s not that chivalry should be dead; it’s that it should be extended to everyone, regardless of gender.

After Months of Dating, Girl’s Boyfriend Reveals to Her That He’s Addicted to Being A Furry

Do You Live In Cheatersville? Study Says…