Advice For Dudes: How To Get Over A Breakup

So, the other day I was talking with a dude friend of mine who’s going through a breakup. He and I dated a zillion years ago, and remained good buddies, and we often go to one another when we’re going through current relationship traumas. Breakups are universally terrible, whether you’re a girl, a dude, or something in between. But if my dude friend — and the anonymous crap dude blogger over at XOJane – are any proof, we’re given different messages about how to process our heartbreak. Take the crap dude XOJane blogger, for instance, whose friends seem to be telling him that the best way to get over his ex is to bang a zillion anonymous girls. In sum, the most ideal way to heal your heart is to treat someone else’s like crap.

We don’t really abide by that. And we think it’s about time that we help our boy friends out by offering our own tips and tricks for getting over a breakup. Remember — being a jerk begets more jerkish behavior in the world. And nobody wants that.

1. Talk About It. Guys, we think, have a tendency to shut down and hide their feelings. Don’t do that. Even if it’s only with one or two close friends, tell somebody how you feel. Because you want to get over this, right? That’s the first step in the process. Be grateful for the sympathy that you receive from friends and family, instead of trying to hide your pain or acting like you’re being strong.

2. Don’t Wallow. Okay, you can wallow, but like, not too much. You don’t want to turn into Lily Taylor’s character in “Say Anthing,” writing tortured songs and poems to Stacy or whatever for forever.

3. Keep Your Social Media Game Tight. Don’t torture yourself with her Facebook, Twitter, Tumblr, etc. The sooner you unsubscribe from that stuff, the better. Also, I recommend deleting the phone number and/or just keeping it in your email for extra special occasions.

4. If You’re The One Breaking Up With Her, Don’t Fixate On Trying To Be A “Nice Guy.” If you’re the one doing the dumping, accept that she’s probably going to hate you for a little while. This is unavoidable. Doing nice things for her, or trying to be a “good guy” in her eyes will just confuse the situation and her. It’ll make the breakup messier and more protracted than it needs to be. The more definite and sure-footed you can be in the matter, the better. Trust us, you’re saving both her and you a world of pain. 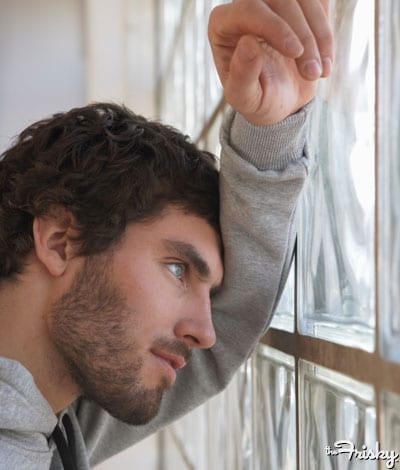 5. Remember: You Can’t Control Her, You Can Only Control You. Try your best not to obsess over what she might be doing, thinking, feeling, etc. because ultimately you are just using your imagination and it’s probably WRONG. Besides, it doesn’t MATTER what she is thinking, feeling, or doing and the sooner you focus on your own feelings, actions, and thoughts, the better.

6. Also Remember: Just Because Your Ex Did You Wrong Doesn’t Mean All Women Will Do You Wrong. This is not an excuse to go on some misogynistic, sexist tear. The relationship and the breakup were both unique to the two people involved and it doesn’t say anything about all women or all relationships. Add to that, hurting another woman isn’t going to hurt your ex, and is actually only a poor reflection on you.

7. Maybe Consider Therapy. Sometimes friends and family can only say so much to help because we’re invested in the outcome — i.e. the desire seeing you happy. That’s why, if you’re having a really tough time, it’s good to talk to someone who is NOT invested, like a therapist.

8. Sex Can Make You Feel Better For The Very Short Term, But It Won’t Make You Feel Love. Sex is awesome. But it’s not the same thing as being in a great relationship. And typically the more time you spend seeking out great anonymous sex, the farther away you’ll find yourself from a fulfilling relationship.

9. Use This As A Point of Reflection. You always have a choice. You can either grow upwards or fall backwards from this moment. If you let yourself have a break and give yourself a breath of fresh air, you’re less likely to make the same mistakes (or pick the same kind of person) as you did last time. Or, you could always just go to bars and try and pick up any old girl you see, but then you’ll probably be stuck in the same place again six months from now.

10. Feeling Shitty Is Part of the Process, But It Will End. You’re going to feel like this right now and that’s okay. But you won’t feel this way forever, or even for very much longer. So that should give you some hope.

Got any tips to add? Share them in the comments!

There’s A Mysterious Hidden Treasure Somewhere Outside Of Santa Fe, And The Clues Are Super Cryptic