All About A Part-Time Hijabi

Islam is the 2nd most populous religion in the world, and it dates back to the 7th century AD when Muhammed made the cross from the city of Mecca to Medina, and thus announced the beginning of a new era in Arab countries. For a century it has been the staple of all Muslim countries, and almost all conquests were inspired by Qur’an. Still, although contrary to the popular opinion, most of the Muslims do respect other religions and philosophies.

Islam is a much more strict religion than Christianity prohibits the use of alcohol and pork meat, and Qur’an suggests that women should be under a veil. And that veil is called hijab. It has been a point of discussion for decades, and depending on different interpretations some think it is obligatory to wear a hijab while other think women should only do it when they feel comfortable. For example in France, a country that has been getting a lot of Muslim citizens (coming from Morocco, Algeria, Tunisia) it is prohibited to wear a hijab in schools. With all this discussion, the modern times have brought the term part-time hijabi. A part-time hijabi is a woman who wears a veil, but not all the times – she does it when she thinks it is adequate and comfortable for her. Some people support this, while the more traditional Islam followers do not.

Following the discussion about this point came the well-known blog website www.parttimehijabi.com. It is a website led by Christopher Johnson that follows the fictional, yet realistic stories of a woman in a Muslim world.

What Is Part-TimeHijabi All About

As Chris confidently implements, the goal of this blog is to represent the true stories while still doing it in an easy to read and fictional manner. He aims to give the voice to the voiceless, truth to lies and love to the ones who hate. The main reason he went on and made this blog is to present the Muslim perspective to the rest of the world and thus remove the borders between the opposite ways of thinking. His website consists of two main story types – Halal and Haram. Halal is a type of a short story that shows all the benefits of a part-time hijab, while Haram represents how is it happening out in the real world. He follows the stories with beautiful poems and let come to their own conclusion on the meaning of same. 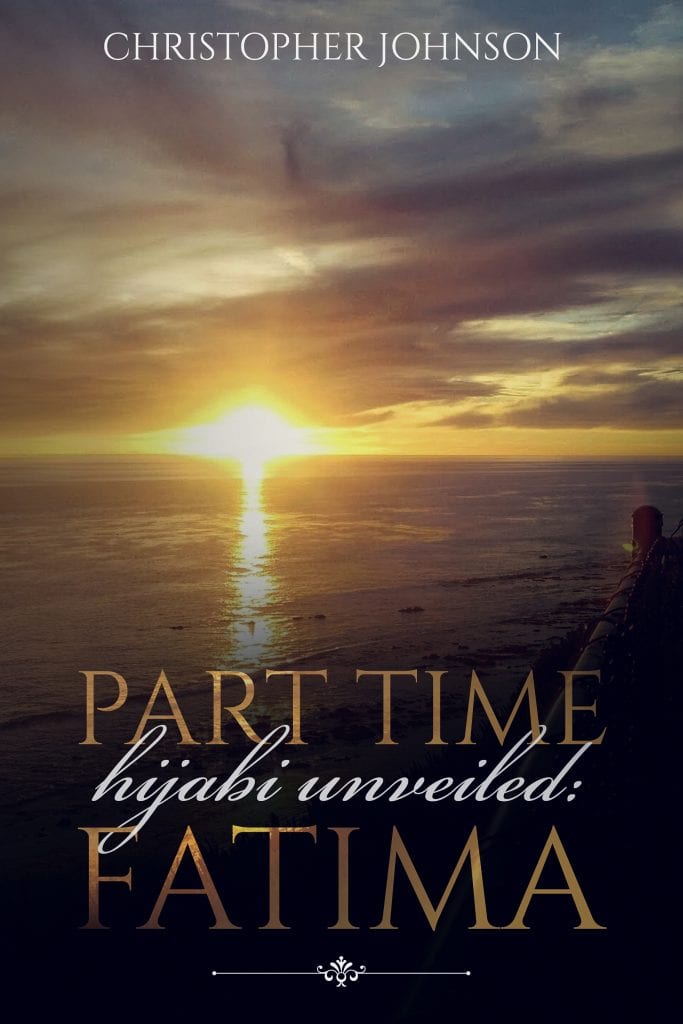 I read a few stories, and I gotta say I am amazed at the way he represents both Islam and people in the Muslim world. It is easy to read, but still bears a huge weight!

A new book that has just been released written by Christopher Johnson is sure to become a bestseller. It follows the story of a young Yemeni woman Fatima caught in situations between life and death. She goes to America in search of a better future, only to fall in love with a Christian man, and that is when things start to get complicated. A beautiful story that you will read in one breath and get many deep notes from!

I think that especially in the times we are living in it is important to show the perspective of other cultures as well to the rest of the world, and thus closen the borders between. In the past few decades due to everything that happened, Islam hasn’t been represented as the most peaceful religion out there, and that is why blogs and books like this bear a huge weight with the goal to affect the determined public opinion.

5 Benefits of Massage for Body Builders

What Are The Effects Of A Mattress On Body Health?

Popular Holidays in Abu Dhabi You Should Take...

Why I Refuse To Criticize Islam As A...