All You Need To Know About Charm Bracelets

Charm bracelets are not new, yet they never go out of style. Charm bracelets are an excellent way to look great, and you can customize them to suit your personality. A charm bracelet is a small trinket that is of sentimental value to the wearer. In the past, charms served as amulets for the wearer to ward off evil spirits. Today, charms are used as decorative jewelry and to reflect things like hobbies or as souvenirs from your travels. A charm bracelet is a bracelet to which you attach these keepsakes and create a specially customized bracelet with sentimental value. 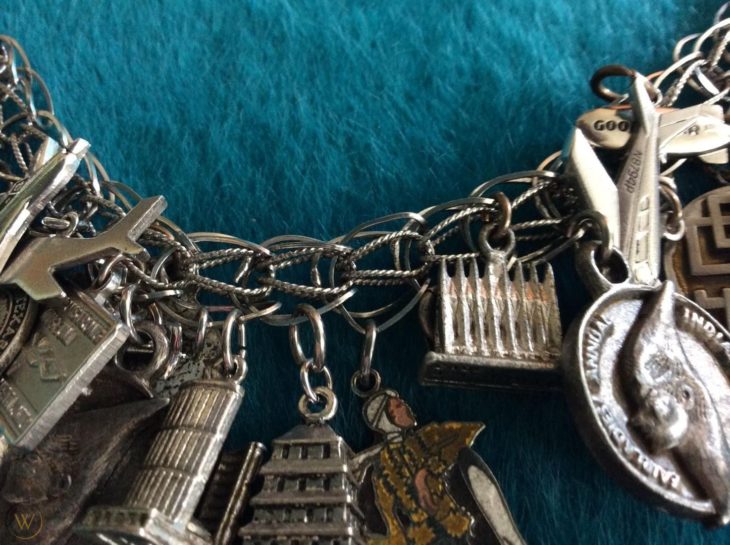 It may seem like a novel concept, but charm bracelets have been around for thousands of years. Here is how the bracelet evolved:

There is recorded evidence that in this era, more than 12,000 years ago, and these prehistoric people used charms for warding off evil. They made charms by roughly carving them into different shaped from shells, bones, or wood. These charms were kept close to their bodies by wearing them around their necks. These prehistoric humans believed they kept them safe from their enemies, and have been found in Asia, Europe, and Africa.

Charms or amulets were worn in the Egyptian era, some 5,000 years ago, to ward off evil, bring good luck, and keep them safe from danger. The Egyptians would add charms to their jewelry, such as silver bracelets for women, and went to their graves with these charms to protect them in their afterlife. You can check these bracelets and many more on sites such as georgjensen.com. 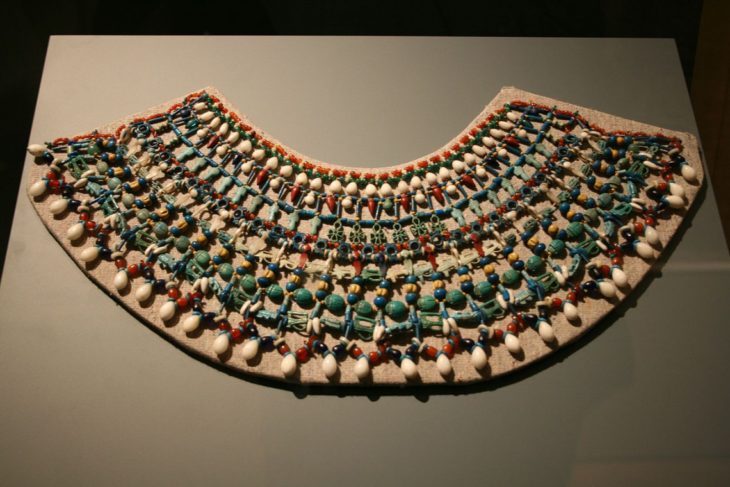 About 2,500 years ago, the people from these three civilizations wore bracelets with charms and amulets attached to them. They believed that charms had magical powers that would bring good fortune and keep them safe from danger or their enemies.

During the Roman Empire, about 2,000 years ago, Christians wore charms as a method of identifying fellow Christians. During this period, Christians faced persecution from the Romans. The ichthus, a fish-shaped design, was a natural charm during these times. Jews wore amulets around their neck, which has pieces of papers in them with the Jewish laws written on them as a reminder. 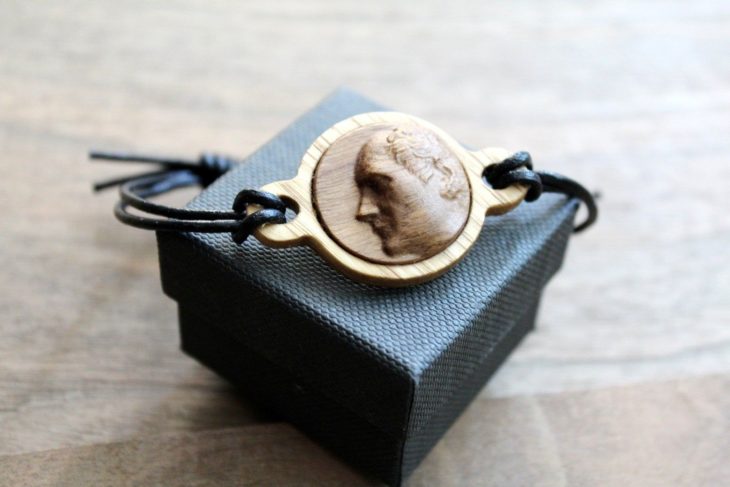 About 1,500 years ago, knights and nobility wore charms from protection, and to help them win wars. Knights kept the charms under their armor for safety and security.

This era, about 50 years ago, was the golden age of amulets and charms. Queen Victoria loved jewelry and made the charm bracelet famous. She did not wear the charms for protection but as a decorative element. Because of her, the charm bracelet trend caught on.

After World War II in the 1940s, the charm bracelet became more popular. Soldiers brought charms made by locals in the areas they had been to war, given to them by lovers or family as war souvenirs. That slowly became a trend as jewelers picked this trend and began making charms for commemorating different events and occasions. 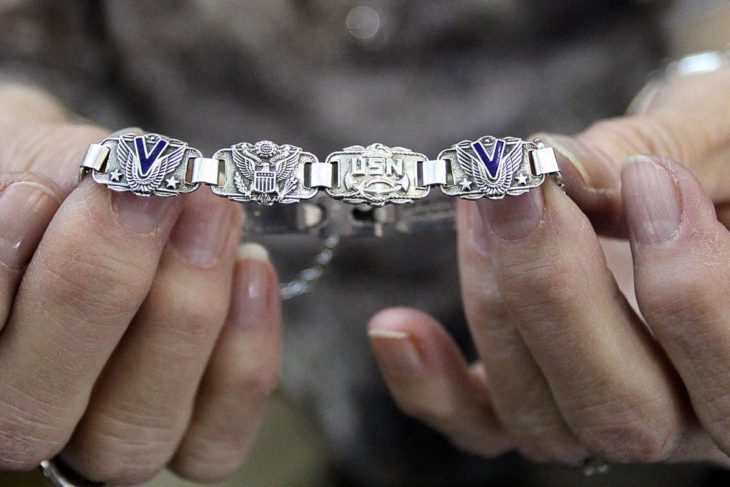 Second Half of the Twentieth Century

Between the 1950s and 1990s, charm bracelets became a standard piece of jewelry, especially for symbolizing events such as births and graduations. In the mid-1970s, the charm bracelet dropped in popularity but reappeared again in the mid-80s. In the 90s, Italian charm bracelets were trending. Made up of single links, mostly 18, a stretching band was hooked, making a charm bracelet.

Charms are still prevalent in this 21st century, with jewelry companies continuing with the trend. The charm bracelet continues to be as stylish as ever. 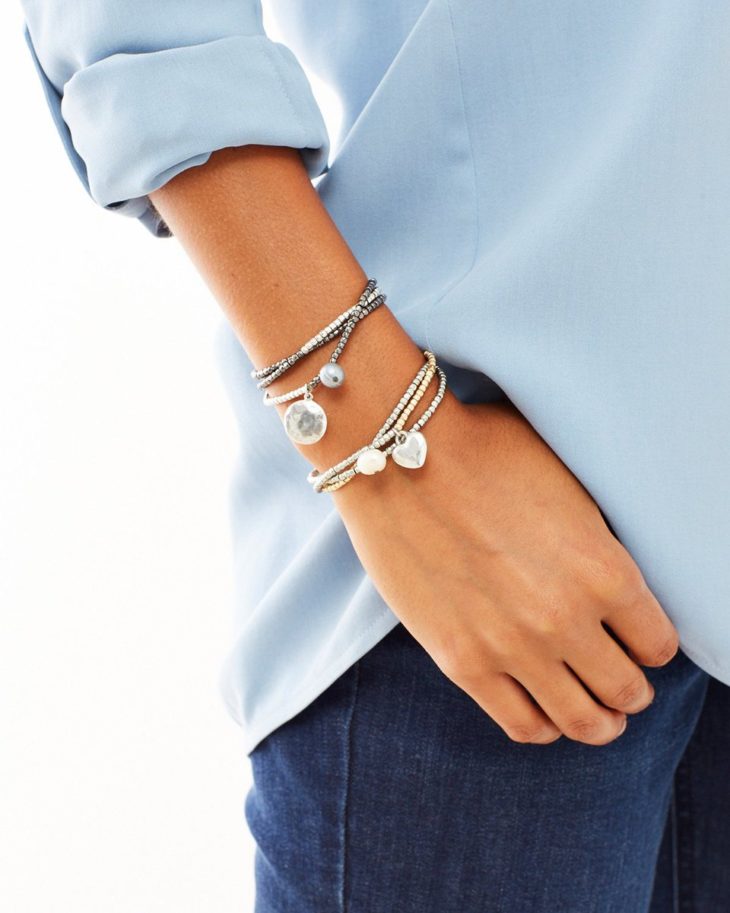 Throughout history, silver has been considered one of the most beautiful and enduring traditional ornamental precious metals. The luster and whiteness of silver are also associated with its Latin name – “Argentum”, which originates from the Sanskrit word meaning bright.

Thus, at the time of the visit of Alexander the Great, there was one unexplained phenomenon at that time. Making victory after victory, in the year 327 BC, the Greeks invaded India. There did not seem to be a force to stop the grand army of the great warlord. However, “mysterious” gastrointestinal diseases appeared among Greek soldiers. Exhausted and weakened, the soldiers returned home. It was interesting that the commanders of the Greek army were less likely to get sick from the ranks. It took scientists two thousand years to explain this phenomenon: they discovered that the soldiers drank it in water, and the commanders were behind it.

Herodotus, a historian of ancient times, states that as early as the 5th century BC, the Persian emperor Cyrus kept drinking water in silver “sacred” vessels during the war campaigns.

In Indian religious books, one can also find notes on how they disinfected water, dipping the molten silver in it.

Based on this brief historical review, it can be concluded that the ancient folks believed that silver had exceptional properties and that, if dissolved in water, killed bacteria. This belief in the disinfecting role of silver has persisted to this day – e.g., the custom of throwing silver money at them when refreshing wells.

“Silver mining” reached perfection even during the Slavic period, perhaps because the soil on which they lived was rich in silver. For the Slavs from the Urals to Macedonia, there was a joint production of jewelry and silver items from VII to XVII. century.

Silver has been the most widely used throughout history, and that is not only because of its beauty and material value. That is also because of the supernatural powers that have been attributed to it.

The charm bracelet’s popularity does not seem to be waning any time soon. It has stood the test of time, yet continues to be a classy and elegant way to make a statement. Charm bracelets are a great way to express your personality, with bracelets ranging from chic and sophisticated to loud and colorful. This bracelet is not going anywhere any time soon.