Anaesthetics: How Do They Work?

Medicine is evolving, and doctors are constantly finding ways to improve their methods and ways of helping those in need especially when it comes to performing surgeries. The overall knowledge of how the human body functions and medicine, in general, is miles ahead than what it was about a few decades ago.

Long gone are the times when people needed to get their limbs removed because of something insignificant that could be cured with a simple vaccine. Back in the day, medicine was not as developed as it is today, so, unfortunately, we had a lot of people passing away from very insignificant diseases and even simple colds. And on top of that, we had the world wars which left tons of victims that could’ve been saved if we only had the required knowledge and technology back then.

Luckily, the awareness raised a lot since then, and today we have a cure for almost any disease, and the experts are working tirelessly to find even better solutions.

This article will be focused on Anaesthetics, so for those of you who are unfamiliar with the term or simply want to learn more, we advise that you keep reading until the end. Without any ado, let’s begin.

The word comes from the Greek language and it means “without sensation”. Being in Anesthesia means that you are temporarily out of touch and sensation with reality, and you are feeling much less than you are when you aren’t under such effects. The reason people invented Anesthesia and why it is so commonly used in today’s medicine is the huge effect it has over patients who need a significantly important surgery performed on them. Basically, a person under the effects of an Anesthesia will not feel any pain or fear while the doctors are operating. Also, it helps the muscles of the patient relax so that doctors have more room for maneuverability and flexibility. If you need anaesthetic billing, you can check this out. A person under the effect of an Anesthesia is referred to as being anesthetized.

Many surgeries that were performed in the past that can be not categorized as “primitive” resulted in the person dying because of the large amounts of pain they felt during the process. When the patient is under the effect of an Anesthesia, they won’t feel any pain at all during the surgery process. This is why anesthetics have such a large use in today’s medicine. 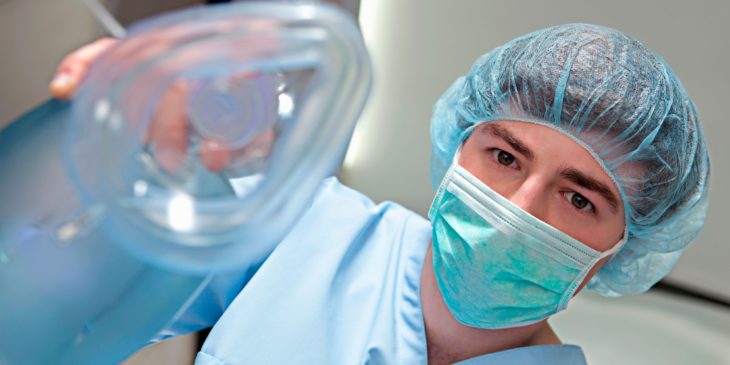 Anesthesia can be categorized in three different ways. There is the general anesthesia that suppresses the entire central nervous system (CNS) and results in total unconsciousness and lack of sensation.

The second category is called Sedation. It also suppresses the central nervous system (CNS) but to a much lesser degree. It is inhibiting anxiety and creates long term memories without entirely making the patient unconscious.

Then, there’s the regular or local anesthesia which is blocking the transmission of nerve impulses from a specific part of the body. The patient remains conscious but is unable to feel a certain part of their body. This type of anesthesia is mostly used during dental operations, for example when a person needs to remove a wisdom tooth.

What You Need To Know Before Buying An Air Pistol

How to maintain your office

Positive Health Effects of Dopamine on Your Nervous...

Causes Of Impotence At A Young Age And...

Pain In Eating: How Long Will It Last...