The world waits to see whether the testimony of six key witnesses, three of them represented by prominent sexual abuse lawyers like Crew Janci, will see former film producer Harvey Weinstein jailed for life for the rape and sexual assault of two women.

One of the witnesses to be heard was former ‘The Sopranos’ star Annabella Sciorra who has given a graphic account of rape and sexual abuse. Defense attorneys Donna Rotunno and Damon Cheronis have challenged her accounts as they attempt to get Weinstein acquitted.

The prosecution has now rested its case ahead of an expected early conclusion to the long-awaited trial.

Who is Annabella Sciorra 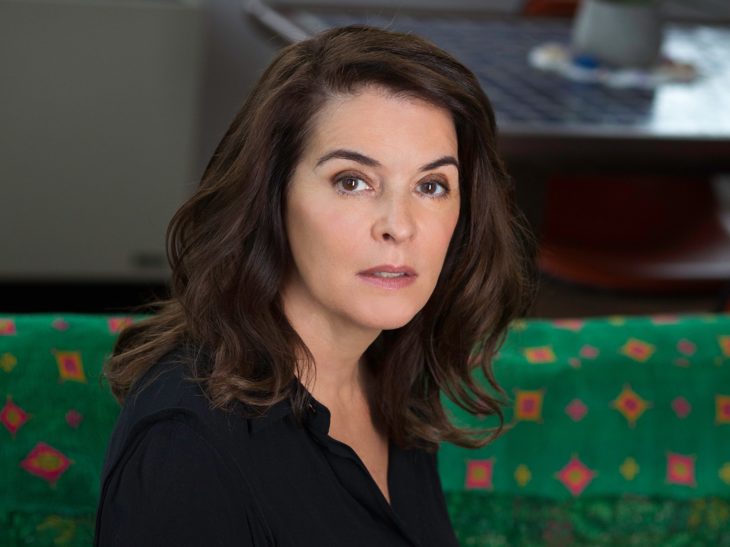 A daughter of Italian immigrants, actress Annabella Gloria Philomena Sciorra, was born in Brooklyn and studied dance as a child before turning to drama. She first came to the attention of film critics in the late 1980s and early 1990s after starring in various films, including the Richard Gere thriller’ Internal Affairs’ and the Oscar-nominated’ Reversal of Fortune.’

A lead role in Spike Lee’s ‘Jungle Fever’ increased her profile as did her performance as Claire Bartel in the psychological thriller “The Hand That Rocks The Cradle.” Ironically, Sciorra’s character in that movie reports a doctor for molesting her during her pregnancy – an act that convinces other victims to come forward. Life imitating art, or what?

Sciorra continued to star in numerous films throughout the 1990s before landing a role as Tony Soprano’s mistress Gloria Trillo in the TV Series ‘The Sopranos’ from 2001 to 2004. While there, she received an Emmy nomination for Outstanding Guest Actress.

How did Sciorra and Weinstein meet?

Sciorra was first introduced to Weinstein by her agent during an industry event in Los Angeles. She says he came across as friendly, and they talked about their shared love of film before he gave her a lift home. Sciorra eventually became part of the Miramax social circle after playing Ellen Holder in the romantic Miramax comedy ‘The Night We Never Met,’ a film written by her friend Warren Leight. Before that role, she had her first negative experience with Weinstein. She alleges he threatened to sue her after she initially told him she couldn’t play the part due to her already hectic schedule.

Due to the success of Miramax, Sciorra attended numerous screenings and industry events. In the winter of 1993/94, Weinstein and Sciorra were attending a dinner in an Irish restaurant in New York. She was about to leave when the producer offered to drop her home to her Gramercy Park apartment. As he had given her a ride so many times before without incident, Sciorra accepted without a thought.

What does Sciorra say happened that night? 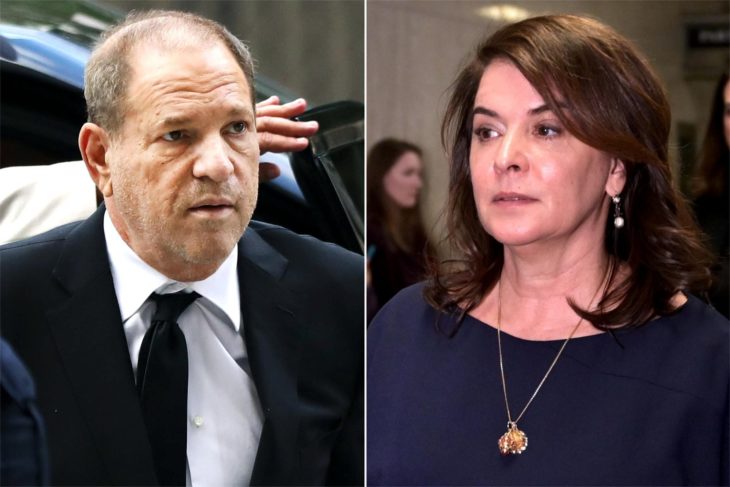 Preparing to go to bed, Sciorra changed into a nightgown. It was a family heirloom having been given to her by a cousin of her grandmother. She heard a knock at the door and, since the hour wasn’t particularly late, she opened the door a crack to see who was there.

According to her testimony, Weinstein pushed his way into the room and began looking around the apartment to make sure she was alone. He then made his intentions clear by unbuttoning his shirt and pursuing her, eventually seizing her hand and pulling her into a bedroom.

Sciorra claims she kicked and punched Weinstein as she tried to free herself, but he was too strong and pushed her down on to the bed. With one hand, he held her hands above her head and raped her. She then described how Weinstein boasted about his timing as ejaculated over her leg, nightgown, and duvet. He then proceeded to perform oral sex on her.

How did the events of that night affect Sciorra? The actress spoke of how she lost weight and spiraled into depression, alcohol abuse, and self-harm. She described how she would smear her blood on the wall and mark it with gold leaf. She doesn’t know why.

In the weeks following the alleged assault, Sciorra says she tried to confront Weinstein, but he became menacing and told her that the incident was to remain between the two of them. Less than a year later, while Sciorra was working in London, she claims Weinstein sought her out, annoyed her with messages, and sent cars for her. He once again turned up at her door and demanded that Annabella let him in. She eventually asked her manager to move her to a different hotel.

Years later, at the Cannes Film Festival, she found out that Weinstein was in the hotel room next to her and came out to find him holding a bottle of baby oil and a movie tape. That time she pressed the call button until hotel staff arrived, and Weinstein left.

How the story broke 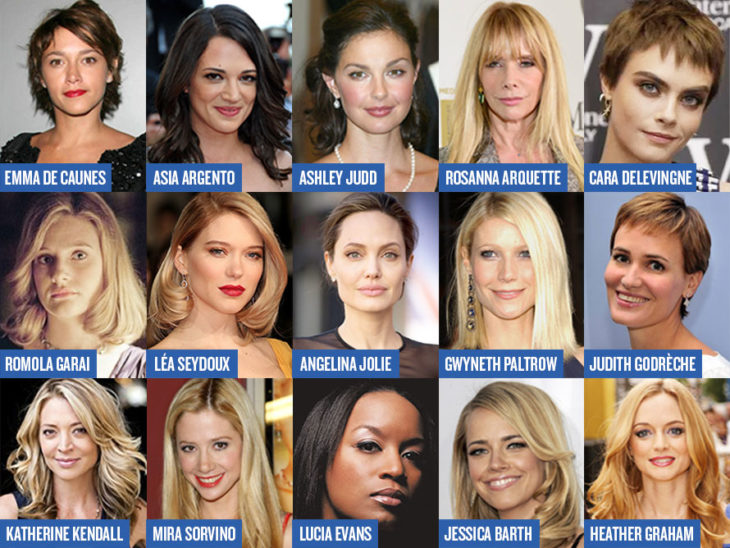 As details began to emerge about Weinstein’s behavior, two friends of Sciorra spoke to investigative journalist Ronan Farrow, advising him to contact the actress. In an article published in the New Yorker, Farrow recounts how Sciorra initially denied the assault. However, when the newspaper published the accounts of 13 victims of Weinstein’s abuse, she got back in touch.

Now, Sciorra is one of six women who has gone through the grueling process of testifying against Weinstein in People of the State of New York v. Harvey Weinstein. While Sciorra’s alleged assault is itself outside of the state’s Statute of Limitations, Weinstein is accused of the rape and sexual assault of two of the other witnesses. Their testimonies were also heard by the jury, as was the opening speech made by Assistant District Attorney Meghan Hast. She went into graphic detail about some of the physical elements of the alleged rapes. She said that Weinstein was, ‘a rapist, sexually assaulting these women when they refused to comply with his desires and his orders, and then using his power and prestige in the entertainment industry to ensure their silence.’

The case for the defense

Naturally, Weinstein’s argument, namely Donna Rotunno and Damon Cheronis, has robustly challenged the women’s claims and brought in a cognitive psychologist to argue the case that old memories can be unreliable. Rotunno grilled Sciorra on her inability to recall details on the amount of wine she had drunk before the incident and on the role she went on to play in a later Miramax film. She asked Sciorra why she hadn’t called the police immediately afterward.

In his opening statement, Cheronis claimed that it was Weinstein who was the real victim of exploitation and that the truth was ‘not going to be this predator-prey dynamic that the state so badly wants you to believe.’ Concerning Sciorra’s claims, Cheronis pointed out that the actress didn’t initially describe the encounter as rape.

How the Molineux Rule could send Weinstein down 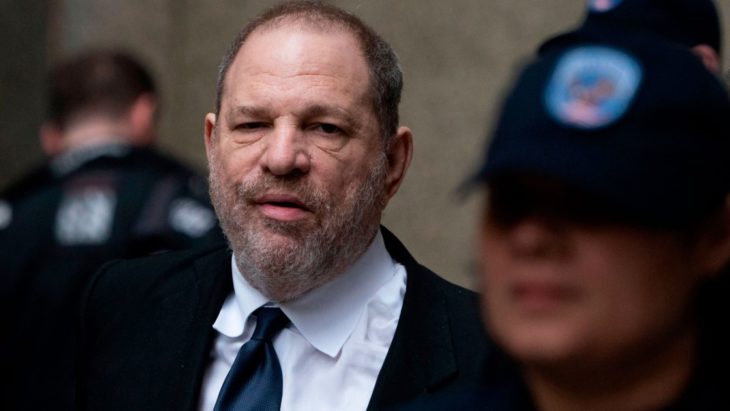 Although the Statute of Limitations prevented Sciorra from taking Weinstein to court directly, the so-called Molineux Rule has at least allowed her to affect the trial.

Federal Rule of Evidence 404 (b) forbids evidence typically from alleged victims not named in the indictment from giving evidence. However, the Molineux Rule allows an exception whereby such evidence can be used to establish a pattern of behavior. That is a similar clause to the Doctrine of Chances used during the Bill Cosby trial.

If Sciorra and the other women can convince the jury that Weinstein is a serial sexual offender, the movie mogul could spend the rest of his days behind bars.