At what time can Kate Middleton not wear a Tiara?

One of the most extravagant accessories women in the royal family wear are tiaras. The women who are given permission to show off the diamond and jewel-encrusted headpiece are those who are originally a princess who those who get the chance to marry into the family like Meghan Markle or Kate Middleton. While tiaras are usually reserved only for married royals Princess Anne and Princess Margaret have been seen with tiaras before they got married.

But being able to wear one does not mean you can put one on anytime you want. There are actually a lot of strict rules regarding this glamorous accessory. 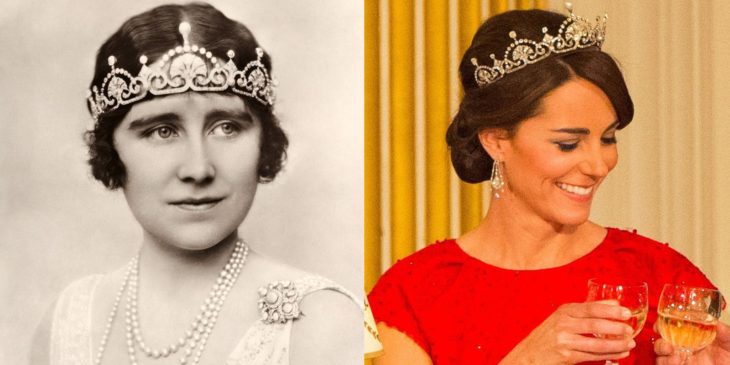 You probably noticed that Kate Middleton and other members of the royal family only wear minimal jewelry during the day. Their engagements are usually the only thing they are wearing, they aren’t exactly overflowing with diamonds when in public or attending an event in the daytime and they never have tiaras them. Allegedly that’s because diamonds aren’t allowed during the day.

“Before 6 p.m., you’ll see metallics, gemstones, pearls, sapphires. At night, you’ll see the diamonds come out, and that’s in order to not come across as flashy in your appearance,” royal etiquette expert Myka Meier explained.

The exception to this rule

There are no exceptions to this rule, the royals are always forbidden from wearing diamonds in the daytime. The princess and duchess can only wear them on special occasions for instance a royal wedding.

“Tradition dictates that tiaras are not worn before 6 p.m., though weddings are an exception,” Says Richard Fitzwilliam, the royal commentator. “They are worn on formal white tie events and state occasions such as state banquets. The decision on whether to wear a tiara is linked to the dress code of a particular event and also to personal preference.”

Meghan Markle, Kate Middleton and Princess Eugenie of York all got the chance to wear beautiful headpieces for their wedding days.

When did Middleton wear a tiara? 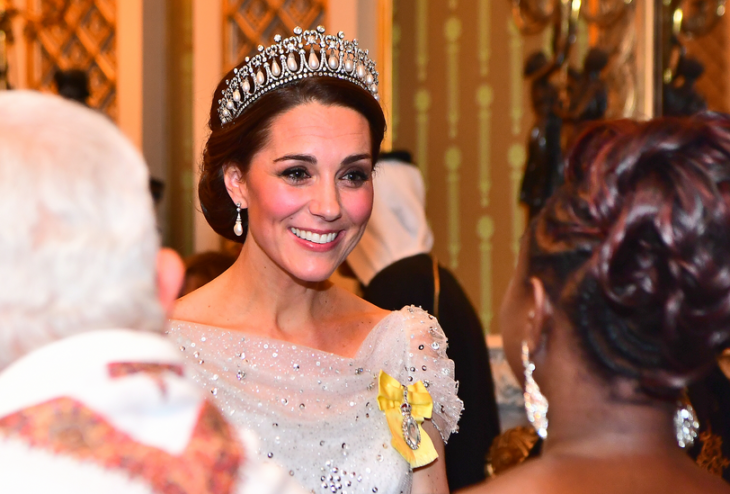 Among the three women that can wear a tiara Kate Middleton has worn it the most for obvious reasons, she has been married to Prince William since 2011, but even with that it hasn’t been that many times and it’s only been on occasions that called for it.

The Duchess of Cambridge wore a Cartier Halo Scroll Tiara when she got married to William. That specific tiara has been in the royal family since 1936 and was originally a present from the Queen’s father, King George VI, to his wife.

Another tiara Kate Middleton has worn is quite a famous one, the Lotus Flower Tiara, which Prince Margaret adores. The duchess wore it two times, the first being in 2013 at the Annual Diplomatic Reception and the second being in 2015 at a state banquet for China’s president Xi Jinping at Buckingham Palace.

There is one tiara that Kate Middleton has decided to wear a couple of times and it’s the Cambridge Lover’s Knot Tiara. That specific tiara was initially worn by Princess Diana and the Duchess of Cambridge wore it in 2015 at the Annual Diplomatic Reception, also in 2017 during the Spanish state visit, one more time in the same year at the winter party at Buckingham Palace and the last time in 2018 at the state banquet for the King and Queen of the Netherlands.

7 Reasons Why Initials Necklaces Are Becoming So...