Being a member of the royal family is tough. Traditions, rules, and protocols are constant during your life, and you just must follow them in order to keep the peace.

Over the years, the British royal family has become more flexible when it comes to obeying the rules. Princess Diana was the first one who started breaking royal traditions, and most recently, Meghan Markle has broken some rules that didn’t sit well with Queen Elizabeth II, Britain’s longest-reigning monarch. But, there are still some traditions and rules that the royal family must follow. 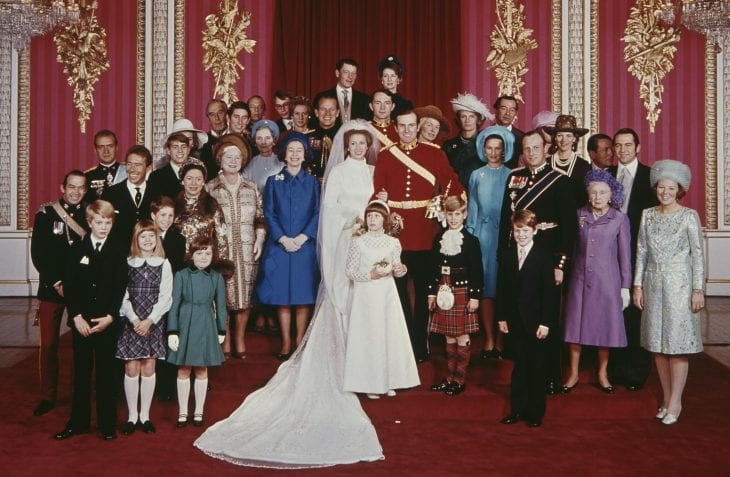 It is a royal tradition to not know the baby’s gender before it is born. At least for the public. Kate Middleton only announced what gender is her baby when she stepped outside the hospital after giving birth. Recently, Meghan Markle and Prince Harry revealed how they don’t know the gender of their baby because they want to be surprised when it arrives.

Even if they enjoy playing sports games and fun family games, monopoly is something they simply don’t play. When Leeds Building Society gave Prince Andrew a monopoly game as a gift in 2008, Prince Andres said that they are prohibited of playing that game, stating how the competition would be so fierce, causing a friendly board game to instantly turn “too vicious,” according to The Telegraph.

Sitting down for British women is tough. They are trained to do the “duchess slant.” The term ‘’duchess slant’’ was created by Beaumont Etiquette, and they draw their inspiration from Kate Middleton. The right way royal women must sit down is to have their legs crossed at the ankles. 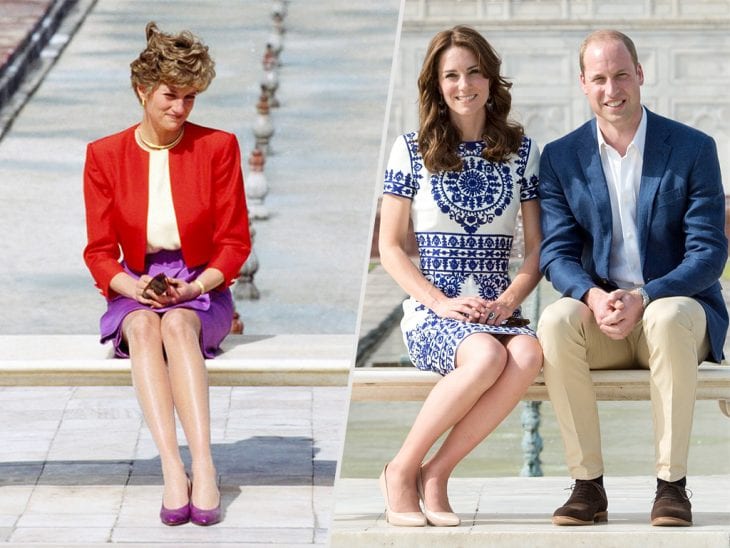 Business Insider reported that when the Queen stops eating, everyone else must do the same. Luckily for them, Queen Elizabeth II enjoys her food, unlike Queen Victoria did at her time. Kate Hubbard, the author of Serving Victoria: Life in the Royal Household, told Splendid Table, “[Queen Victoria] was greedy and she gobbled. She liked her dinners to last no more than half an hour. Guests would quite often find their plates whisked away while they were still eating because once she had finished, all the plates were removed.” 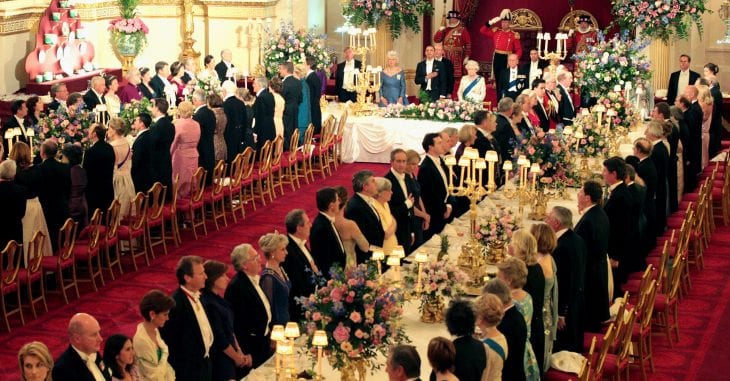 When they appear for a royal engagement, standing next to each other in a line is determined by the line for the throne. That means that the order in which they are standing is: Queen Elizabeth II and her husband Prince Philip, Prince Charles and his wife, Camilla Parker Bowles, Prince William and Kate Middleton, and so on.

Dress code for children is also something the royal family must follow. You probably noticed how Prince George, Kate and Prince William’s oldest child, is always wearing shorts. William Hanson, etiquette expert shared with Harper’s Bazaar how the young boys are dressed in shorts as a “silent class marker.” “Although times are (slowly) changing, a pair of trousers on a young boy is considered quite middle class — quite suburban. And no self-respecting aristo or royal would want to be considered suburban. Even the Duchess of Cambridge,” Hanson said. Girls are also wearing skirts, and even though they are not prohibited from wearing trousers, Marlene Koening explained that little girls in the royal family are dressed in a “clean, traditional look.” 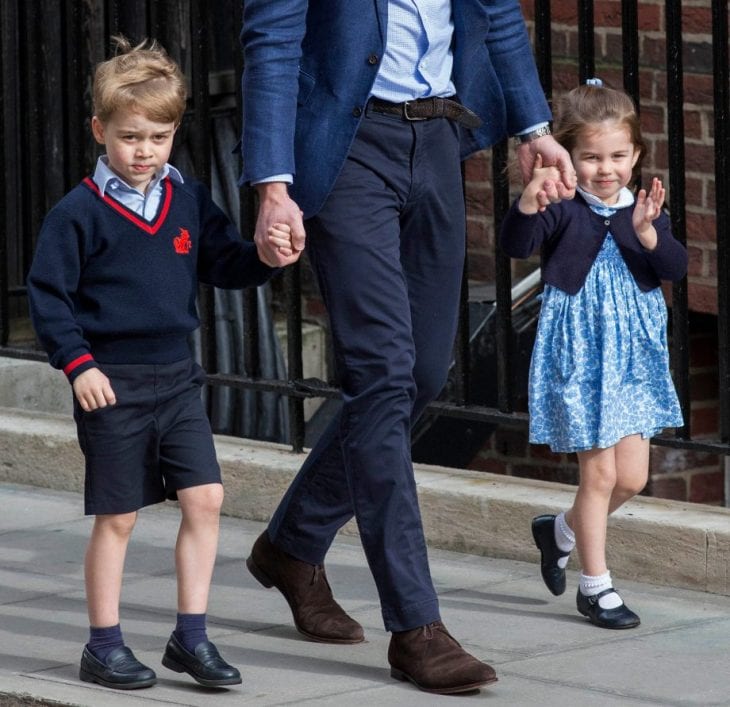 Don’t turn your back on the queen

There are also rules of how you are supposed to approach the Queen of England. You are never to turn your back on her, and you are not supposed to touch her. However, when Obama’s visited her in April 2009, Michelle Obama hugged Queen Elizabeth II, and Buckingham Palace issued a statement saying the hug was “mutual” and that “We don’t issue instructions on not touching the queen.” Obama’s followed the rules, and ABC News stated how the Obamas were seen “turning their backs instead of on the cameras to talk to the royal couple, and facing the media only when it came time to take pictures.” Donald Trump disobeyed everything, and he was even walking in front of the Queen when he came to visit her in 2018. 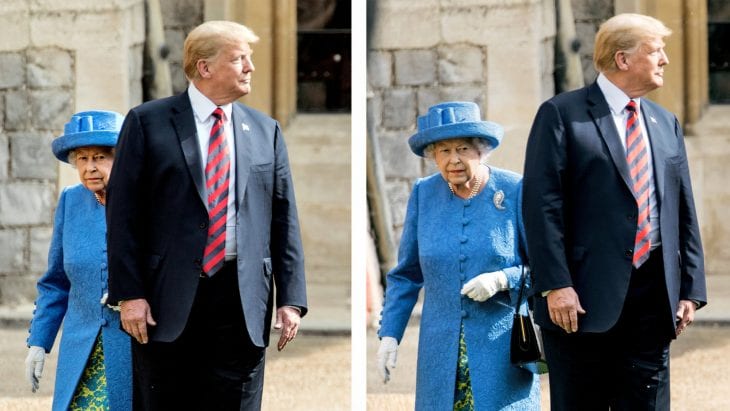 Outfit for the christening

A lace dress used for the christening is inspired by Queen Victoria’s wedding dress, and it goes back to 1841. However, when the dress started to fall apart after all these years, they made a copy of the dress in 2004. ‘’It was recreated in exactly the same way. Even though there was modern machinery, they had to go back to doing a lot of it by hand so there was a mix between by hand and machinery,” a source shared with People magazine.

Harper’s Bazaar reported how each bouquet must have a sprig of myrtle, an “evergreen shrub.” That tradition began when Prince Albert’s grandmother gave Queen Victoria a myrtle plant during one of their visits. Glamour magazine reported, “Myrtle’s special meaning is the emblem of love and marriage.” 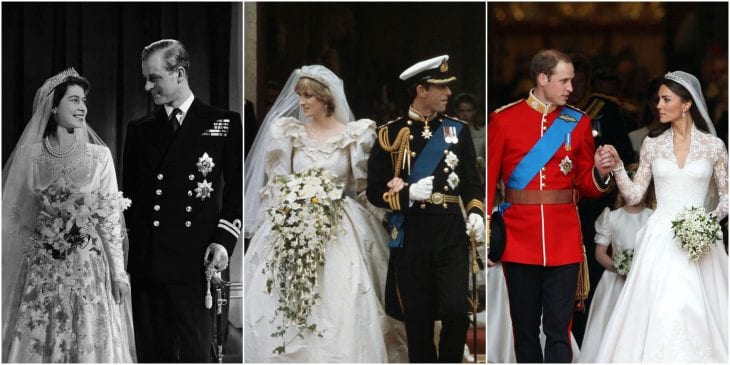 In addition to not paying attention to the Queen in 2018, Donald and Melania Trump also outraged the public when they “opted to shake hands with the queen instead of bowing or curtsying.” Another time LeBron James decided to place his hand around Kate Middleton after a Cleveland Cavaliers’ game in December 2014, and even though Piers Morgan stated, “LeBron James, you may call yourself King James — you are not a real king. Prince William is going to be my king, that was his wife — hands off the duchess,” Buckingham Palace reported how they all had a wonderful time when they met James, and how “there is no such thing as Royal protocol.”

However, Princess Anne is one of the members of the royal family who would rather have that as a rule. “We never shook hands,” said Princess Anne in the documentary, Queen of the World. “The theory was that you couldn’t shake hands with everybody, so don’t start.”

The outfit you can’t travel without

Huffington Post reported outfits the royal family must bring with them with they go outside the United Kingdom. Young boys must have at least five pairs of shorts in different colors, and girls must have “no less than 10 barrettes, and the Duchess of Cambridge must have at least two pairs of beige pumps.” Everyone must also have “a black mourning outfit.” The reason behind this is, when Geoge VI died in 1952, Queen Elizabeth II was visiting Kenya, and she didn’t have a mourning outfit to put on when she came back to England. They should always bring that one black outfit in case something happens back home. 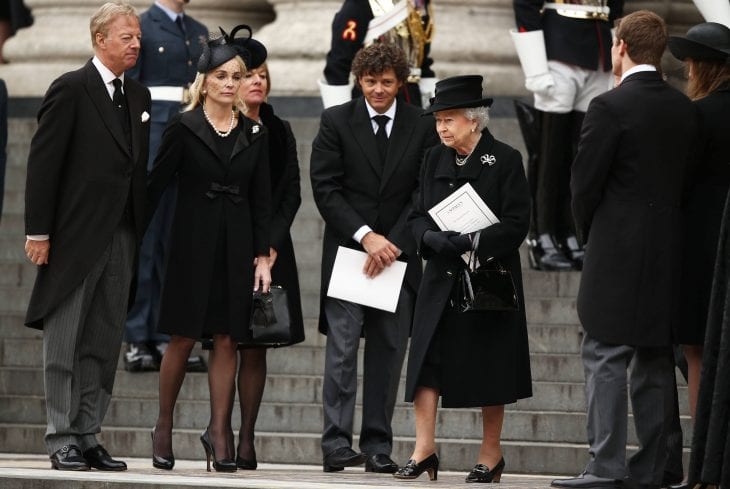 There are rules to when you can talk to Queen Elizabeth II during dinner. It is “customary for the guest of honor to sit to the right of the Queen,” and she will chat with that person “during the first course of the dinner,” said Hello! magazine. After that, she will turn to her left to speak with a person sitting there.

What Are the Common Cycling Laws and How...