To put it mildly, CNC machining became quite and expectedly widespread after numerous achievements that took place in modern technology. No wonder, since computerization has taken care of and managed various devices and greatly improved their system. It didn’t take much time for manufacturers to realize that this type of control is a factor that represents the future of making quality products. True that it’s somewhat understandable that larger companies tend to procure such aids and succeed in this without problems since they have enough space to accommodate the entire machinery. However, what happens if such a tool is needed by an individual who has an ordinary workshop and doesn’t have the conditions to fit everything that comes as accompanying gear into their working space? It’s for such purposes that experts have designed mini CNC routers as a decent and rather practical alternative for larger pieces.

Here comes our opportunity to draw your attention to several main advantages of the mini machine compared to its larger version. 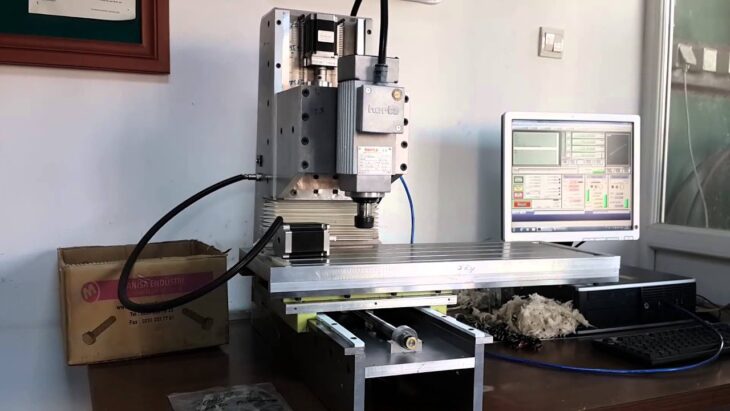 1. Bigger precision than other manual tools

In handicrafts and activities such as home repairs, furniture making and others, due to the complexity of making details, precision is extremely important and unavoidable. However, no matter how safe and agile it is, a human hand can hardly be more competent than a machine when it comes to preciseness.

It’s for this reason that most people decide to set aside money and treat themselves with a mini router instead of several different handheld devices. Its efficiency doesn’t allow even minimal errors if the measures are right and makes the whole process much more successful. We don’t even have to explain that your nerves will thank you for it and that you won’t have to blame yourself for the mechanical mistakes in the steps that can occur with ordinary drills. 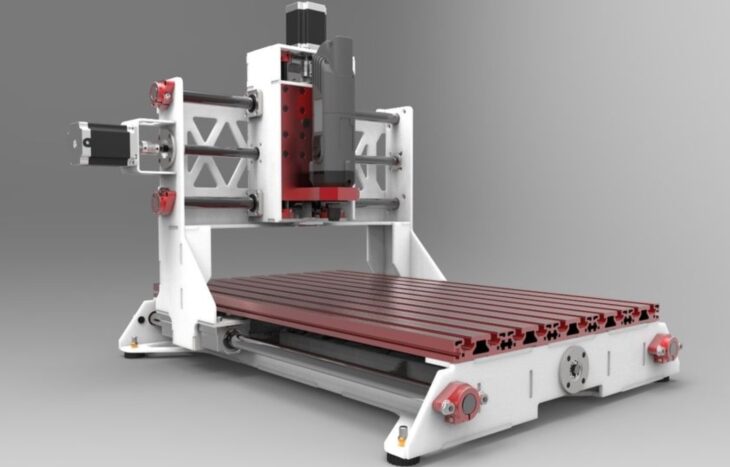 2. Easy maintenance and use

Total beginners, that is, people who haven’t had the opportunity to get acquainted with this type of work, often decide to buy this device. And why? Well, whether you’re just starting to do this kind of manufacturing or have done it before and now you need time to refresh your memory, a CNC router doesn’t require any complicated endeavors.

It’ll be enough to flip through the instructions or through the manual, look at a few tutorials on YouTube and read a little more about the router itself and there it goes – you’re ready to take your first steps in using it. Of course, with smaller versions, it’s all much easier than with the larger and more complex ones.

Also, some other machines require more complex rituals when it comes to the maintenance process itself. They need to be thoroughly cleaned, lubricated, to have their parts changed and many other accompanying items that guarantee normal and undisturbed functioning. This isn’t the case with mini CNC ones – the software that starts and controls them has the ability to update automatically, and besides that, the only thing you need to do from time to time is to wipe the dust from the external parts. Simple as that! 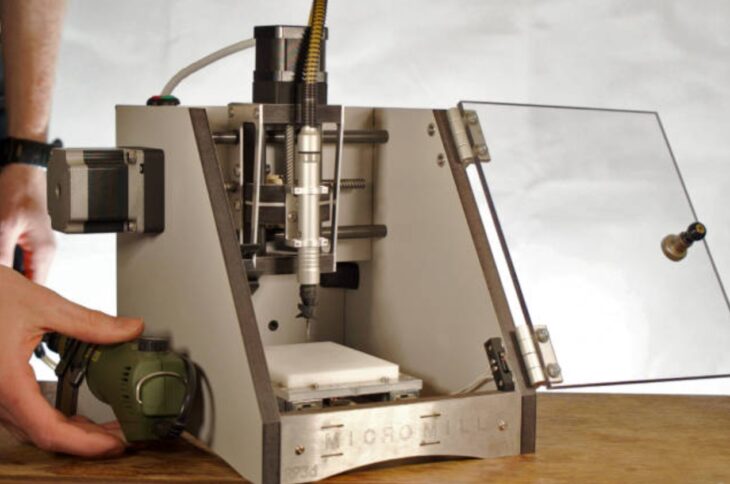 Milling machines designed for larger workshops can be exorbitant while proposing many other requirements that aren’t easy to meet – at all. However, sometimes we forget that for some endeavors, it isn’t even necessary to buy unreasonably robust gear.

A single small CNC machine can cost almost ten times less than a large one, and not only is it more practical, but by saving on that, you can afford some additional equipment. At the same time, maintaining classic CNC machines isn’t actually that low-priced – so here’s another way to save in this aspect. Thus, instead of spending huge sums of money on non-essential items, make a plan according to which the device itself will cost less, and the rest of the money would be allocated to other necessities that may be unavoidable. 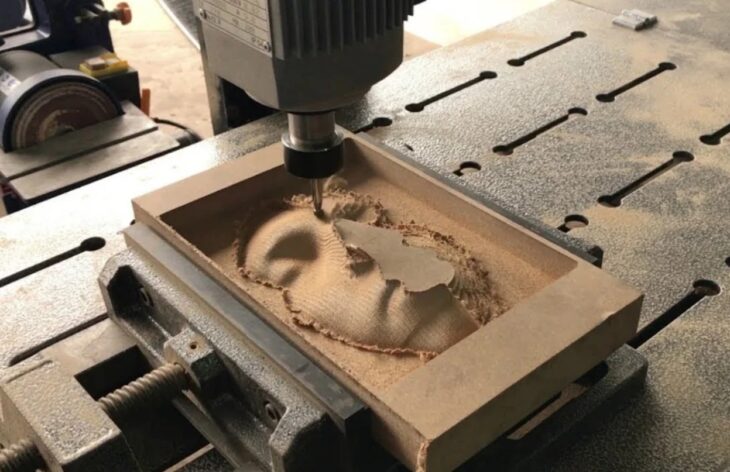 Apart from the fact that they’re simpler and more practical to use than various other similar and smaller devices, it should be pointed out that these parts of your future workshop are really widely used. If we were to list all the categories and branches of industry in which they’re used, it would take us too much time. However, let’s take woodcarving and handicrafts as an example, as well as DIY projects, making furniture for a house or a flat and firearms production.

And not only that – it’s also feasible to use them on diverse kinds of materials, depending on the model. Metals, wood, fiberglass and plastics are processed equally well and several types of structure and shape are achieved, Apart from that, they can be used to cut, grind, drill, weld and, in a word, perform all these minor finishes on already made objects. This is why Elephant CNC emphasizes various types and purposes of mini CNC routers, explaining the differences in its articles and reflecting certain opinions on these options.

The best thing about mini CNC routers and this feature is that you have complete freedom to decide for yourself how you’d like to customize what you’re working on. So, it’s quite certain that such a device would be a faithful and professional associate of yours during the entire procedure. 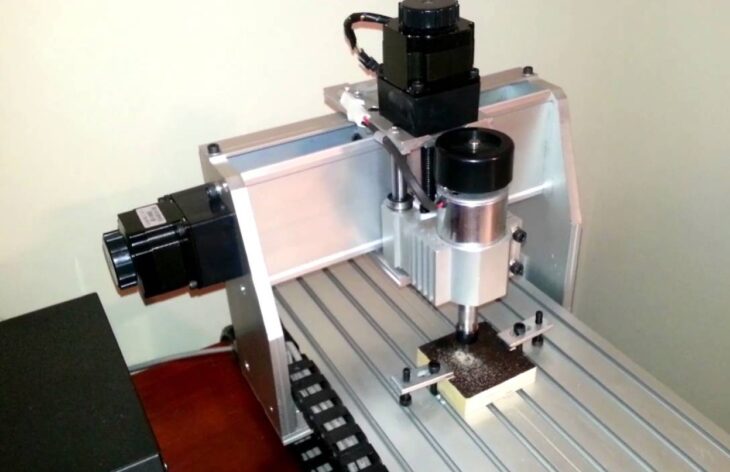 Just think about it – when you buy several bulky pieces of gear, each of which has only one single function, such as a drill, scissors, clamps and others, how much space do you need to accommodate all that? Here, we’ll tell you – a lot.

However, it’s not called a mini router and a ‘desktop’ machine just like that. Its very name should explain to you that it’s a device that fits on a desk or on a small working surface, which in itself is a huge advantage. Therefore, the dimensions of the table and the available space that can be used for these needs should be kept in mind. There’s no thinking about where to store a huge bunch of parts when you urgently need space for something else, as there will be no need for that.

Maybe some of us are still used to the good, old options and the piles of drills, devices and tools hanging on the walls of our garages and workshops. We may also think that they don’t actually need a replacement or that they’re quite sufficient.

In this case, just think again – if it’s in our interest to make progress in creating our handicrafts and afford some relief along the way, we should make an effort to save time, money and space. CNC mini routers are definitely among the recommended means to achieve this goal – and there’s absolutely no reason not to immediately embark on further research for the sake of future successes this might bring.

Sitting All Day? Let a Smart Desk Be Your New Best Friend

Should You Complete Further Education in the Health...

4 Reasons to Use Business Formation Services

Are Gaming Chairs Worth It? Consider Some Tips...