International Model Berite Labelle Speaks On Finding Her Passions, Living Her Dreams, And Self-Care for Wellness

Several surveys show that only 10% of people get to nurse career dreams as children and “happily” live up to those visions as adults. One such lucky dreamer is Moldovan-born international model and actress, Berite Labelle. As early as the age of six, Berite had already discovered her flair for fashion and how easily she would thrive in the world of glamor and elegance. Now 28 and having worked with some of the most top-tier fashion agencies and brands across Europe, Berite is passionately fuelling her other dream of becoming an A-list actor as she prepares to star in her own short film production and is working in other acting projects.

Berite was born in Tiraspol, Moldova, to a Chadian father from Central Africa and a Moldovan-Russian mother. Her father, Moïse Ngadande, worked for the United Nations and when she was six, her parents separated and she traveled around the world with her father on official duties.

Berite was such a graceful little girl that everyone began professing her modeling potentials from the tender age of five and continuing well into adulthood. 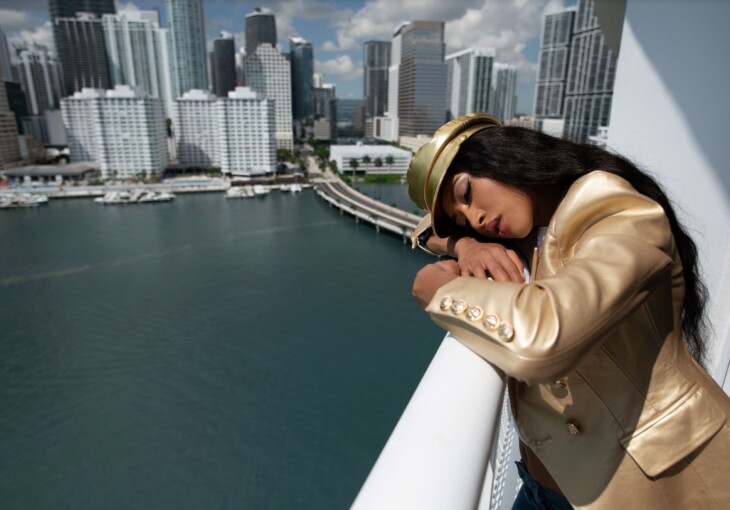 “My decision to become a model was an idea that wasn’t mine in the first place,” Berite recalls. “I vividly remember when a colleague of my father’s said to me at the age of five, “You’ll become a model!” It intrigued me at that young age. As I turned six, my favorite channel quickly became Fashion TV and I could spend hours watching it. My father would usually record it for me once so I could watch some fashion shows during our different trips around the world.”

While nurturing her love for the modeling industry, Berite also began to consider acting following her father’s advice when she turned 14. Just before he passed away in New York City that year, Berite’s father encouraged her to take some classes in theatre. Berite had also promised herself that her mother, who was nowhere to be found at the time, would see her on television or in the tabloids one day as a global star. However, when her dad passed, leaving her with the best education a father could offer his daughter.

“I had to get myself together and build my life,” Berite explains. “It was years later, when my husband, who was my fiancé at the time, advised me to do what I loved that I started to take theatrical classes as much as I could. I did some workshops in England, Los Angeles, NYC, and Paris. Finally, I became part of a theatrical company for a few months in Geneva when I decided to follow this path for the long-term. I also made the solid decision to train myself and improve my English at the same time.”

A unique trail fueled by passion 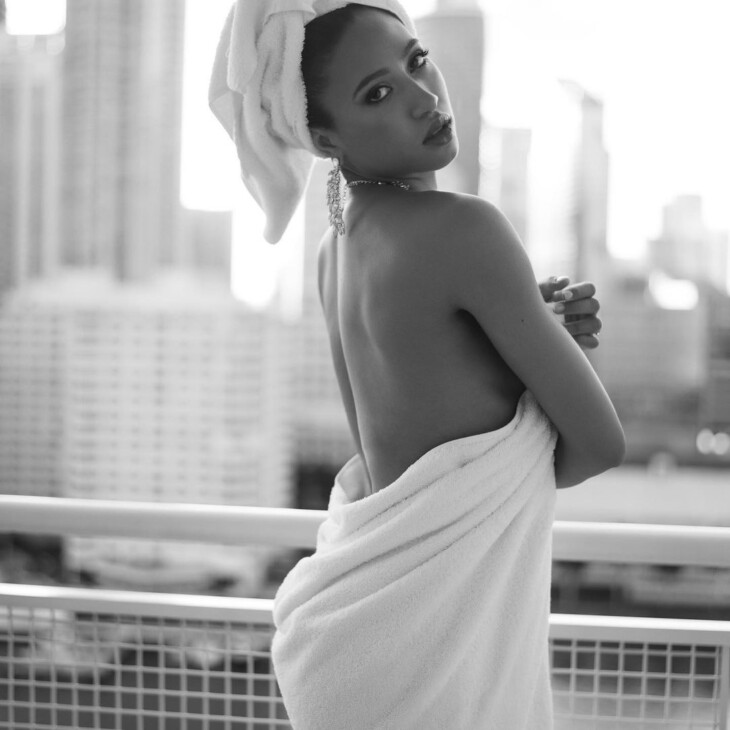 Following her tumultuous teenage years, Berite decided to take charge of her life and steer herself in a positive direction. She took up professional formation jobs and began to pursue a diploma in commerce, just so she could give herself a better chance of thriving in the labor market.

While studying, Berite worked as an intern at Bucherer 1888, a globally renowned Swiss jewelry and watchmaking shop, selling top-tier brands such as Chopard, Rolex, Omega, and Audemars Piguet. While learning to market high-value diamonds and stunning pieces, Berite noticed that people constantly asked if she was a model.

Eventually, she decided that this was a beautiful childhood aspiration she could work toward.

“I respect and love every field I had the chance to work in, but I always wanted to be a model and actor,” she says. “If I knew how to sell diamonds and precious stones with Bucherer, why not learn how to sell my own talents?”

This realization spurred her onto an excellent path of self-discovery and over a decade down the line, Berite has achieved dozens of accomplishments in the modeling industry.

“The earliest job I had was with Bank Dukaskopy,” Berite begins. “I would walk on a runway each month representing luxurious brands such as La Perla, Aubade, Bongenie-Grieder, Faberge, and so many others at the 4 Seasons Hotel in Geneva. It started in 2015 and I was a freelance model. I started without any agency but today, I am represented by Truth Management and Colby Management. During the 2019 World Championship of Performing Arts, in Long Beach, California, I won 1st place as a model in different categories and one of them was the “Spoken Model”. This explains how much I love speaking and communicating with different languages.”

Presently, Berite is in Los Angeles, California, working on her short film production where she would re-enact moments in the remarkable lives of two historic female characters – Mary Wollstonecraft and Cleopatra VII. She wrote the story while she studied last year at the New York Film Academy.

“I built the confidence to perform live in public during all the fashion shows and I decided to make it more challenging by performing as an actor, never being afraid to get out of my comfort zone. I went in with the purpose to show the experience that life taught me. Indeed, it wasn’t always easy, but it made me who I am and I am proud of myself. Therefore, I want to share my experiences through acting,” Berite said. 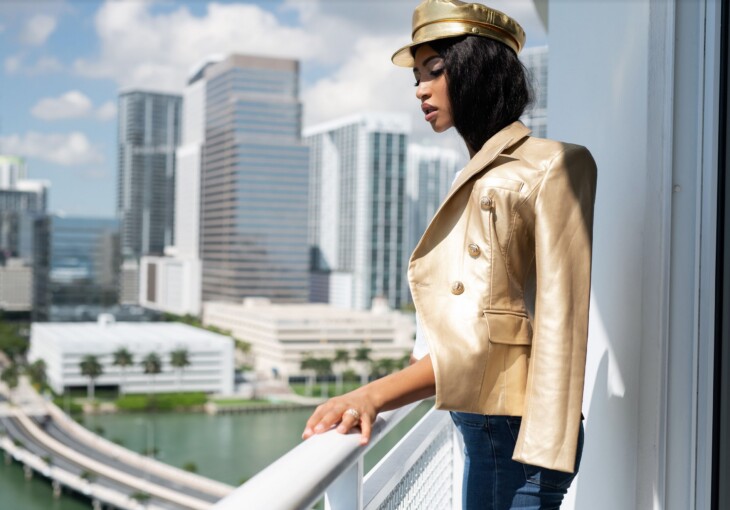 As a model, actor, and a passion dancer, Berite works in some significantly stressful industries. From constant makeup sessions to harsh lighting and weather adjustments to travel weariness, there’s usually a ton of things ready to upset one’s wellness. For Berite, self-care, a concept which embodies different things to different people, is her stronghold.

“The self-care routine taught me the self-love lifestyle,” Berite said. “I think that self-care is really important as self-love. When you build your own routine and know how to love yourself, you can love others and take care better of them without forgetting your own needs or feelings.”

A self-care routine generally includes any activity or string of activities that relaxes a person mentally, physically, and emotionally.

“My self-care routine is taking care of my skin, face, and body,” Berite says. “I get enough sleep, meditate and stretch every day, and drink enough water. I include masking sessions for face and hair two times per week. I practice Yoga and Ballet and read to entertain and educate myself.”

Berite says in advice to other entertainers, “Don’t think that you have to prove anything to the world. Just pursue your dreams and do what makes you happy. Your happiness is the most important thing to uphold.”

6 Things to Know Before Visiting Germany for the First Time

Fun Online Casino Features To Try Out In 2022