When looking for good movies, several people turn to friends or someone they know to recommend something worth watching. While some watch TV or look in the newspaper to find good titles. However, many individuals use the Internet to discover movie review websites that inform them of what to anticipate from a movie.

But it’s also true when seeking reviews online, it can be frustrating if you don’t have any go-to movie review website. Searching for any movie with the word “review” on Google can produce results – yet it can be challenging to obtain authentic information, let alone ones that are actually helpful. For every positive review, there will probably be two or three blog posts that are hardly more than a rehash or a simple — “It was alright” statement. Therefore, in this blog, we are going to provide a list of the top 10 best movie review websites on the Internet. 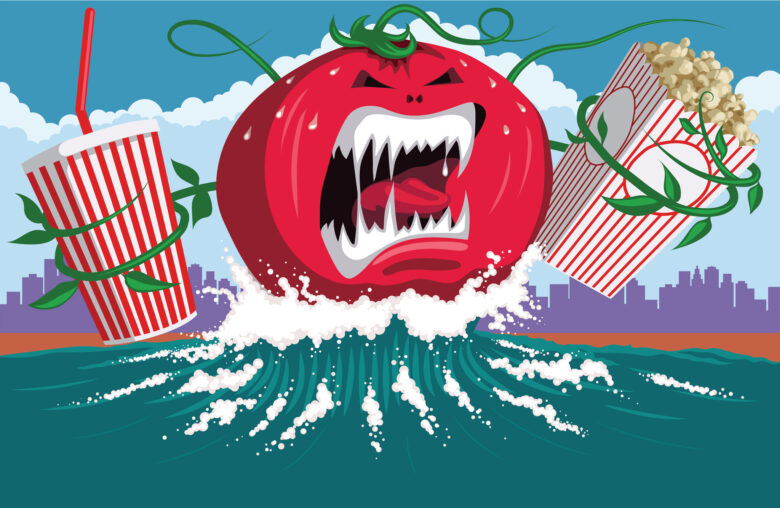 Rotten tomato is among those platforms people rely on for recommendations and honest reviews. It offers viewers a thorough guide about what’s fresh and what’s not. It does not just review, they create entertaining and educational video series and host live events for fans with ‘Your Opinion Sucks’ live shows. Moreover, their social media channels and website offer movie and TV fans unique editorial content. So, Tomatometer is the perfect place if you’re an enthusiast of entertainment looking for advice or to voice your opinion.

It’s an online platform you can rely upon for movie/series reviews, streaming content, and recent news about the film world. So if you’re an entertainment fanatic searching for guidance, this is the best place to be. You will get all the information about new releases with unique content. 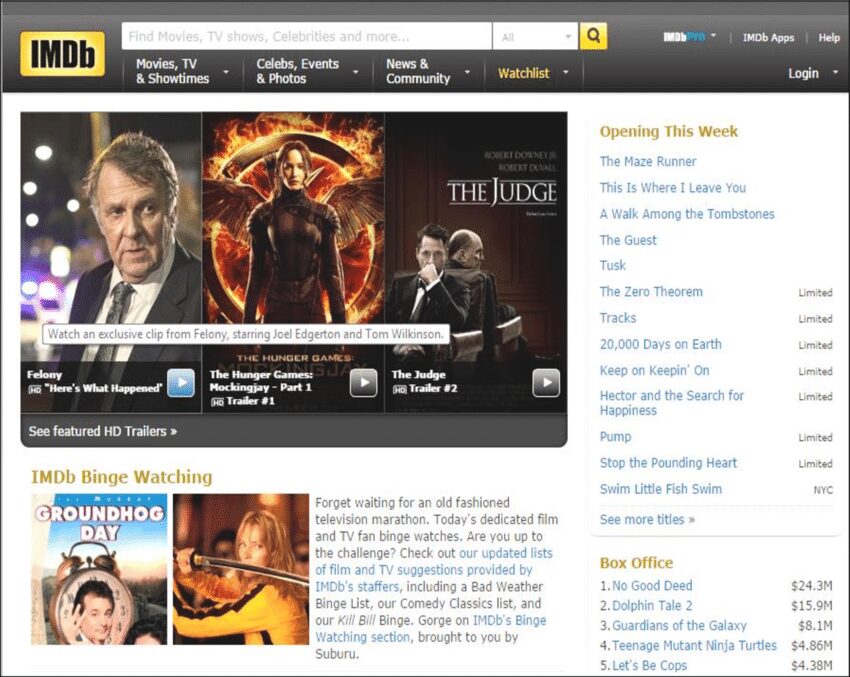 IMDb is an online database that contains details about movies, television shows, short videos, games, and online streaming content. It includes cast, crew, personal biographies, narrative descriptions, trivia, rankings, and reviews from fans and critics. All internet users have access to IMDb’s movie and talent sites, but in order to add content to the website, users must first register. The majority of the database’s information comes from volunteers.

Additionally, the site’s registered users can add new content and amend existing items. While those with a track record of successfully entering data are immediately approved for cast additions or deletions – as well as changes to credits and other demographics of media content and individuals.

It started in 1999 with a basic concept: a unified score could condense the various entertainment reviews for a film or video game. The website was launched by three individuals – all were ex-lawyers glad to find a more beneficial but less lucrative use for their time.

Over the past ten years, Metacritic has transformed to reflect their expertise combining several critics’ opinions into the solitary Metascore – a combined total of the most reputable critics typing reviews digitally and in print. The goal of Metacritic is to assist people in making the correct choice about how to invest their cash and time in entertainment. According to them, having several viewpoints is preferable to having just one. 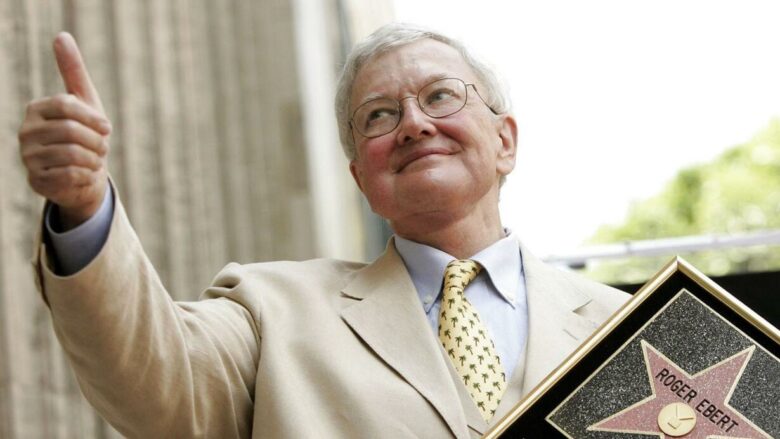 RogerEbert.com, the premier source for movie reviews, discussion, and community, has recently undergone a makeover. When the site’s co-founder, Pulitzer Prize-winning film reviewer Roger Ebert, died in 2013, his wife, Chaz, operated the website. With a professional team of editors, Chaz continues upholding Roger’s professionalism for offering timeless insights into the cinematic debate – while uncovering the most recent releases. Additionally, in this new and improved version of the website, you will discover user-friendly features with a section of movies by genre.

Since its debut on July 15, 1996, IndieWire has developed into the top news network, and informational resource for indie filmmakers and moviegoers equally. Over the past 20 years, IndieWire has grown into a premier source for news, reviews, discussions, and coverage of international film festivals. Their only goal was to build a platform that connects producers and movie fans with news, information, and other resources. While fostering a broader understanding of independent cinema among the general public. 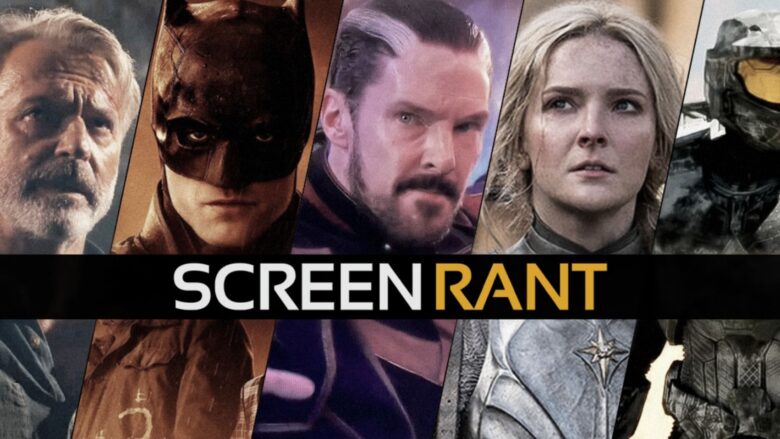 After a humble beginning in 2003, Screen Rant has developed into one of the biggest and most reputable entertainment providers – delivering over 232 million visitors in 2018. Screen Rant is the premier geek entertainment portal featuring news, reviews, podcasts, and content on television, movies, video games, and more. It also has a Channel on youtube with over 6.5 million followers.

The pop culture phenomena that readers—new and devoted—love the most are covered by SR editors. The Screen Rant team comprises of ardent movie buffs, gamers, and comic book readers. They have a variety of backgrounds in film studies, writing, and videography. They are all united by a love of entertainment and a desire to offer the site’s visitors the best and most interesting content.

It is a British film magazine released by Bauer Consumer Media. In May 1989, the first issue was released. The concept to launch a publication comparable to Q, but for movies, was conceived by David Hepworth of Emap – the creator of British music magazines Q and Hit Singles, among other publications. The concept was to rate and review every film released recently in the cinema. It’s an American website, magazine, and print publication covering Hollywood entertainment and media industries. It began as a regular trade publication in 1930 and changed to a weekly large printing magazine in 2010, along with a modern website. THR is a Billboard-Hollywood Reporter Media Group member and has its headquarters in Los Angeles. It is operated by MRC, a holding company formed by Todd Boehly, an executive of the brand’s former owners.

It is an American media organization owned by Penske Media Corporation. Sime Silverman established the business in 1905 in New York City as a weekly paper covering theatre and entertainment. In 1933, it introduced Daily Variety, a Los Angeles-based publication, to address the cinematic industry. Variety.com offers breaking news about the entertainment industry, reviews, box office figures, feature stories, videos, and image galleries. It also has a database of awards, production records, a calendar, and archived content from 1905.

Does England Have a Chance to Win the World Cup 2022?

Which Exercise Machines Are Most Effective for Home Gyms