Does England Have a Chance to Win the World Cup 2022?

Before the tournament starts, everyone has a chance. But, we know that some teams have lower and some teams have higher chances of winning the World Cup. Even the host nation, Qatar, has no real chance. We know which countries have the best players and play the best football. But, this is not a league competition. It is an elimination tournament. The first-ever winter cup could bring a few surprises our way before we know it. But, if we look at matters with clear eyes, can we already talk about early favorites?

As you can see the question we’re asking is does England have a chance to win the WC in 2022? It would be easy to say that they do. If you ask the local media in England they are clear-cut favorites. But, that’s the English bias. They love to glorify their WC and EURO squads. They haven’t had international success for decades despite sporting teams that featured the names of likes of David Beckham and Paul Scholes. Later on, we had Wayne Rooney, Paul, or a pairing of Gerrard/Lampard in the midfield. Michael Owen, John Terry, Rio Ferdinand, and many others also didn’t do anything with the national team. During the years, the Three Lions have had some very good teams. The results? Not so much!

Could this World Cup be any different? Well, if you trust this England team you can place your bets at bet365 and give it a go. After all, the tournament already started, and the team from the island showed their attacking prowess. With a 6-2 win against ran they have shown that there will be no slip-ups against weaker opposition. Yes, they conceded two against a weak Iran team, but Mehdi Taremi is one of the best strikers in Portugal so there’s that as an excuse. A start everyone dreamed of, but what can they expect in group stages and what does their team looks like are the questions we need to answer first. As we said, the tournament already started, and the Englishmen showed no mercy. It was the crusade all over again with a Muslim nation on the other side of the English sword. Gareth Southgate is the head of the national team for a while now so for many his selection was no surprise from the get-go. People know which players he loves, and which ones he trusts, so the starting lineup came as no surprise. The England team exited the locker room in a 4-2-3-1 formation starting Harry Kane in the attack. He was supplied by Mason Mount, Bukayo Saka, and Rahim Sterling from behind. The holding midfielders were the best England has to offer in this department with Jude Bellingham and Declan Rice serving as anchors of this amazing midfield. At the back, is where the issues could arise. Harry Maguire and John Stones are not the best CB pairing and with Luke Shaw and Kieran Trippier roaming the flanks the Three Lions have plenty to desire.

When you look at the bench, you’ll notice that the depth is there. The biggest surprise is that Trent Alexander Arnold is no longer the standard first-team player for the NT. But his drop-off in form is unprecedented. But, the likes of jack Grealish, James Maddison, and Phil Foden can make all the difference in the world. TAA can also make attacking contributions from the bench. We also shouldn’t underestimate the likes of Marcus Rashford, Ben White, and Jordan Henderson.  England has a good and deep team.

England is part of group B of the Word Cup in Qatar. Their rivals are the already mentioned Iran, the USA, and Wales. Considering that USA and Wales split the points after the first game, you can tell that they’ll be battling for second place in the group. As far as we’re concerned the Three Lions have already secured first place. The group stages were rarely an issue for this team, but they always found a way to stumble later on. Will that be the case this time around? Well, we could only guess that they have a long way to go, but just how far? The simple logic, after the group stages are over dictates that the teams from group B play the teams from group A. so, let’s take a look at the crystal ball. Group A is where the hosts are. They will not make it out of there alive. Who will? Well if you ask us, the teams that will leave this group are Ecuador and Netherlands. But, the Dutch team is slim, and not as strong as before, so we believe that Ecuador will be the first and that the Netherlands will be the second. This will give us an amazing derby in the first round of elimination stages. We believe that England is going to win this match with ease. This is where things get complicated, as the England team would most likely face France in the Quarter Finals. This would be a match to remember. Can they win? Sure! Are they favorites against France? No! In case they win, they could face either Brazil or Portugal, with Argentina waiting in the final.  Of course, this is only our quick simulation, but that’s how things could play out.

Can They Win it All?

As we said, everyone has a chance. England? They do too. But, they will have a tough road ahead of them. While they sport a good team, there are better ones out there in Qatar. France is one of the teams that are early favorites and one of the first bigger obstacles that will await the Three Lions. Of course, the Gallic Roosters have vast injury issues and they could be a team that England could beat under certain circumstances. Will it happen? It remains to be seen. If you ask us, they will not make it past the quarterfinals. 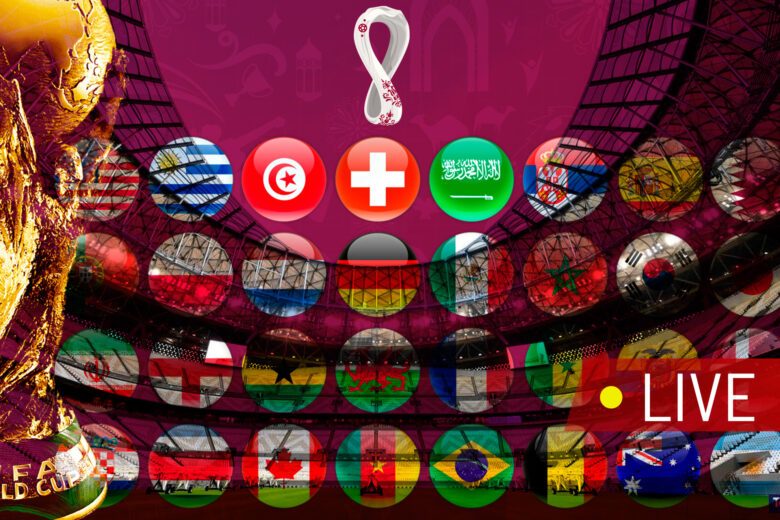 Even if they do, they will face the always-uncomfortable Portugal or Brazil who are the first favorites to win it all. Let’s wait and see, but we wouldn’t hold our breath for England to win it all.

9 Interesting Facts to Know About The FIFA...

What We Need to Know About the World...