Power couple choreographers Napoleon and Tabitha D’umo — aka NappyTabs — have been celeb favorites long before they became the architects of the greatest routines “So You Think You Can Dance” has ever seen, so it’s no surprise that when they dig deep into their photo archives for Flashback Friday, it’s gonna be pretty great. But this photo from Beyoncé’s 19th birthday party in 2000 is levels of fabulous I never, ever expected to see in this lifetime. 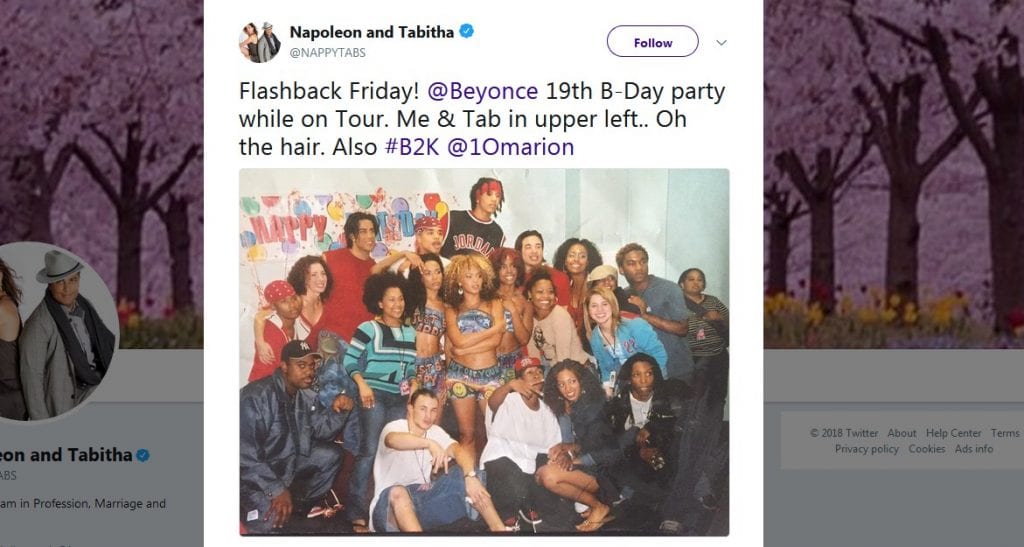 There’s so much going on in this photo that I’m legitimately terrified I’ll never be able to fully commit it to sense memory, no matter how long I gave at it lovingly. Beyoncé’s hair! Destiny’s Child! Young NappyTabs! The cheap plastic happy birthday sign that would sell at Party City’s lowest price point! Matching graffitied crop tops! Solange AND Omarion! Beyoncé’s hair!

This may have been the truest joy I have ever felt.

The Lannisters Send Their Regards (From A Beach Somewhere)

Girl Talk: If You’re Going To Date All Your Friends, You Have To Save Certain Things For Marriage