Britney Spears lately has a lot on her plate. Struggling with bipolar disorder, breaking her foot, and a betrayal of her son is just a little compared to what she is struggling with.

She was seen in public for the first time after her son made a scandal on his Instagram account. Britney appears in a beautiful summer floral-themed dress with a busty display and combines it with a black choker. Her hair is tied in a messy bun, without too much styling. 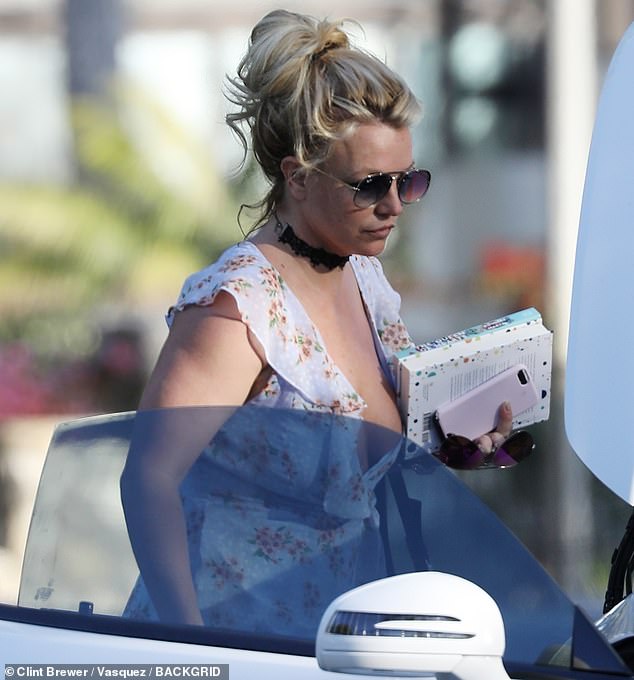 In her hand, she carries books, a mobile phone, and sunglasses. She has flat brown sandals on her feet due to swelling caused by a dancing accident. 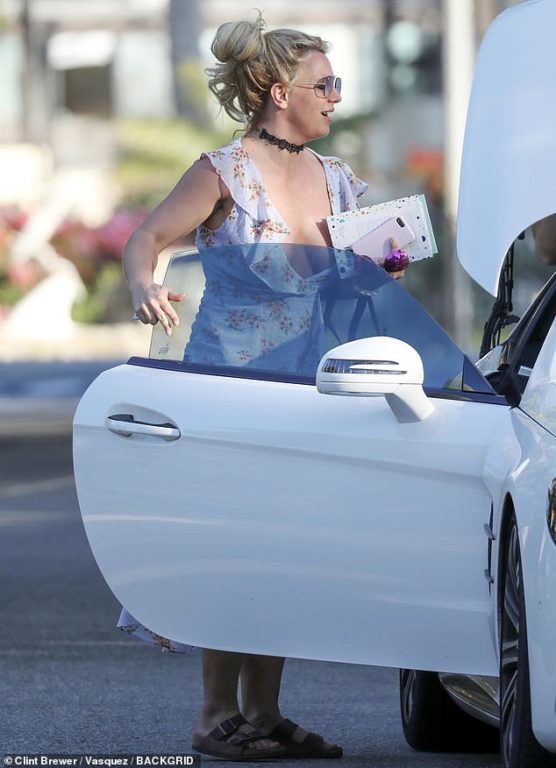 She arrived with her 13-year younger boyfriend, Sam Asghari, in Santa Barbara’s luxury Four Seasons resort, and Britney was visibly in a good mood, even though only a few days had passed since her son set Instagram on fire with his act. 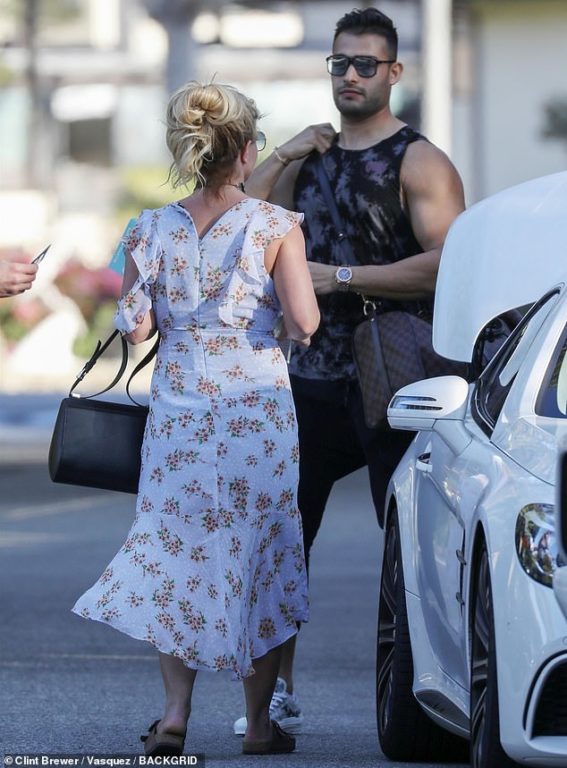 For many years, it has been alleged that her 13-year-old son, Jayden Federline, has been leaking gossip about his mother.

I leave the snake handling to the boys these days… I was ready to run ?

He recently announced that Britney no longer wants to make music and will soon disappear from the music scene. He called his father, Kevin Federline, “Jesus” and threaten his grandfather, Britney’s father, on Instagram Live.

Britney broke her metatarsal bone on her foot in February, while dancing, and even posted a video of the moment it happened.

Britney Spears and Sam Asghari Are Having Some...