Can a BB Gun Be Used for Self-defense?

Used for different types of entertainment, fake guns have grown in popularity and have found usage even outside of it. Nowadays, more and more people are wondering if they could also be used for self-defense purposes? Since you’re reading this article, you’re probably one of those people.

For those who are new to this type of entertainment, these guns are faithful replicas of real weapons, they have the same size, details and some are almost the same weight. The essence of the mechanism based on which they work is the firing of plastic bullets (BB) filled with a small amount of air. The bullets travel at a much slower speed than the real ones and although the hit can be pretty painful, they cannot kill or cause serious injuries like the real firearms can. According to softair.blog these replicas are considered toys, but they do require certain precautions to be taken in consideration when handling them regardless of the purpose.

As already mentioned, most of the replicas are copies of real pistols and rifles. Some manufacturers use the same mold from their originals when making replicas in order to create a look, a sense of weight, credible with the right models.

After reading all the above, one can’t help to wonder which of the firearms types are the ones people choose the most? These weapons can be generally classified into 3 main categories:

Automatic Electric Guns (AEG) – These are the most popular and most expensive. The price can travel from 300$ and up, depending on the type of gun. They are powered by batteries, and inside they have installed engines that work in 3 speed or gears. These speeds or the gears are in charge of creating an explosion of air that accelerates the BB bullets fired from the replica tube. Working based on such a system, guns are able to react efficiently and precisely with their fully automatic functions. One of the amazing facts about them is that even though they are replicas, they can fire between 600-900 balls per minute. We have mentioned how they do not cause serious injuries. It is important to note, though, that such replicas can cause bruising in case of contact with the skin, they can be very painful because the bullets travel at a very high speed. Therefore, when playing, it is mandatory to wear protective equipment, especially goggles. It is also recommended to wear thick protective clothing such as sweatshirts and pants.

Gas-Powered – Replicas of Gas are second in popularity and of course price. They are designed for fans of air rifles at a much more affordable price compared to them. They function by using CO2 to compress the air needed to fire a BB bullet. The same principle is used to return the slide creating a jerk similar to real pistols/rifles. Needless to mention they enable realistic semi-automatic firing. The guns provide ease of use without repeating, which makes them very attractive for fans of games that use such toys.

Spring-Powered – Spring replicas are the cheapest and most popular with fans of this board game who like the good old way of rehearsing. A gun or rifle must be rehearsed each time the bullet is fired. This system is really cost-effective and replicas can be surprisingly powerful. Due to the relatively low price, gas replicas are usually used by beginners at Airsoft for a better feel. Spring replicas can be purchased from $ 20 and up. 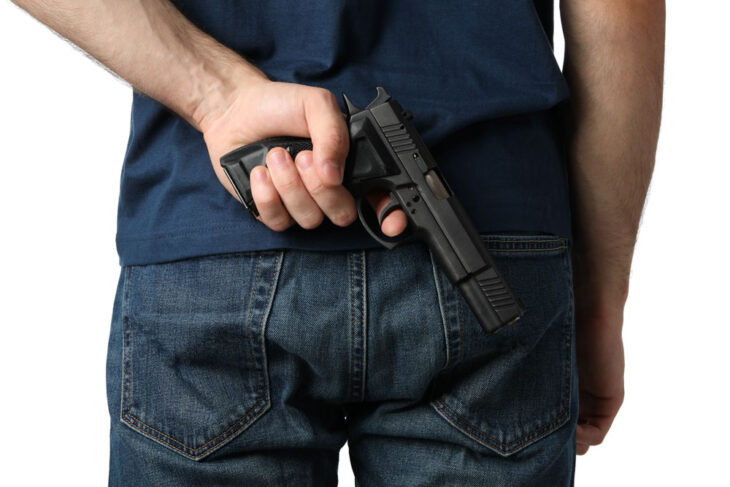 So, we’ve come to the point where we should consider whether guns like these can and should be used as a self-defense tool.

If you choose to use it for such purposes, here are a couple of things you should consider:

So, can it be used for such purposes? Yes. But, will it have the effect you expect it to? You can’t know until you try. All the above were some crucial things you need to consider to minimize the damage if things go wrong and your self-defense fails. For it to be successful, you also need to have the ability to assess the situation and your attacker. If you conclude it’s someone without experience who can easily be scared of showing a gun, go for it. Especially if you assess the attacker as unarmed himself. However, if we’re talking about a group of people, and you cannot assess whether they are armed or not, best not to take any chances. Even if they are unarmed, they may be able to disarm you and still have their way. Therefore, it’s your call, but think things through before you pull out a fake gun on someone who is an experienced attacker. You may end up with a thicker end. 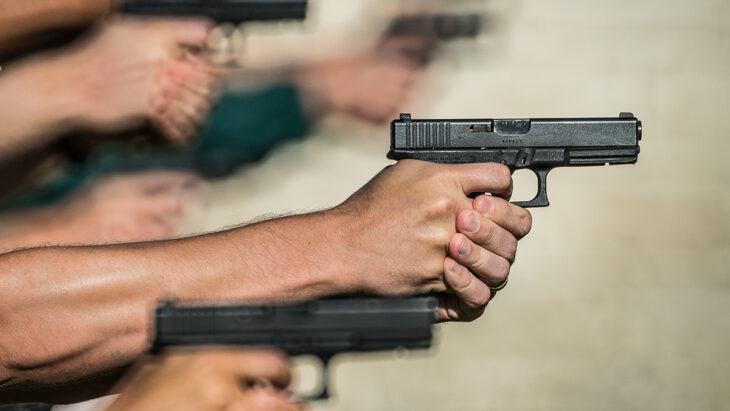 Being prepared for self-defense takes a bit more skill than just buying and carrying a gun around.

Want To Know Why You Don’t Get Responses On Your Dating App?