LoveMeow.com, which offers the best multimedia cat cuteness coverage one could hope for in a website, has alerted readers to a super chill cat who rides the train every day damn around Tokyo. This nameless tabby has been spotted on the Seibu Ikebukuro Line, and in one picture posted to Twitter, he or she was hanging out with a calico kitten! A calico kitten, y’all! 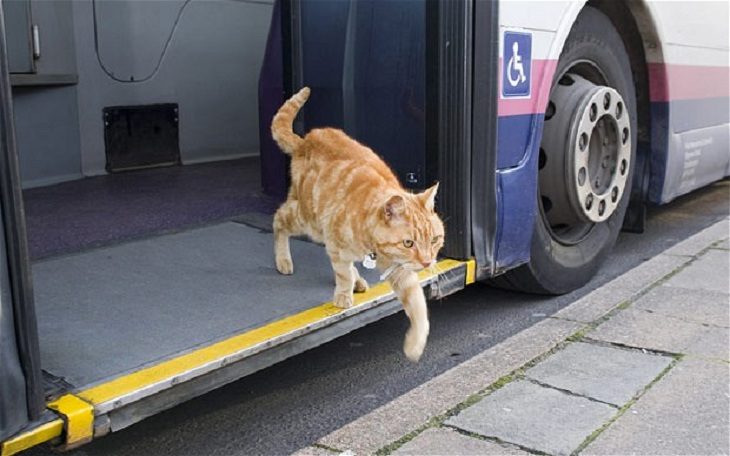 This kitty joins a fine feline tradition of taking public transportation. There’s Dodger, the determined British kitty who takes the bus every day; he occasionally sits on other passengers’ laps, which seems a little forward for my taste. Casper the tuxedo kitty rode the No. 3 city bus in Plymouth, UK, where he was allowed to ride for free because of his senior citizen status. (Casper was killed in 2010 by a hit-and-run driver and garbage human.) The Gipsy Hill cat hangs out at the South London station just for some ear scritches, stranger smooches, and hopefully a snack, but wisely avoids getting on the Tube. You can follow her on Twitter for more cuteness.

It makes total sense that the Tokyo tabby would ride the Seibu Ikebukuro train. Look at it. Look at it

Tom Hiddleston Is The Weatherman Of Our Hearts