The Bombshell actress Charlize Theron recently spoke about the worst date she ever had in her life. Her date asked her to make out with his nose, to which the actress stayed shocked to this very day.

She shared with Jimmy Kimmel during his show Jimmy Kimmel Live, “I went on a date in my 20s with this guy who was really, super handsome. I was really into it. He picked me up for dinner, we went and had dinner. It was lovely. I was like, ‘This is going really well.’ He drove me home, and you know, I kind of signaled that I was in for a kiss.” But that things went for worse. “He pulled over by my house, and we started kissing, and it was really good. And then, he pulled away and whispered, ‘Make out with my nose,'” the Oscar-winning actress shared with laughter, and added, “I’ve yet to meet another person who likes to have somebody make out with their nose.” Kimmel said, “Well, there aren’t any other people besides him.” Theron laughed and added, “He was, like, really into it, and I started giggling, ’cause it was good. I didn’t want to mess it up, so I gave him a little peck on the nose, and he was like, ‘No, make out with it,'” to which Kimmel laughed and said, “Wow. The bachelorette gets a rose, you got a nose.” Charlize Theron had an interview with Entertainment Tonight, and she revealed to them how she is single for over ten years now. “I’ve been single for ten years. It’s not a long shot. Somebody just needs to grow a pair and step up. I’m shockingly available. I have made it very clear.” 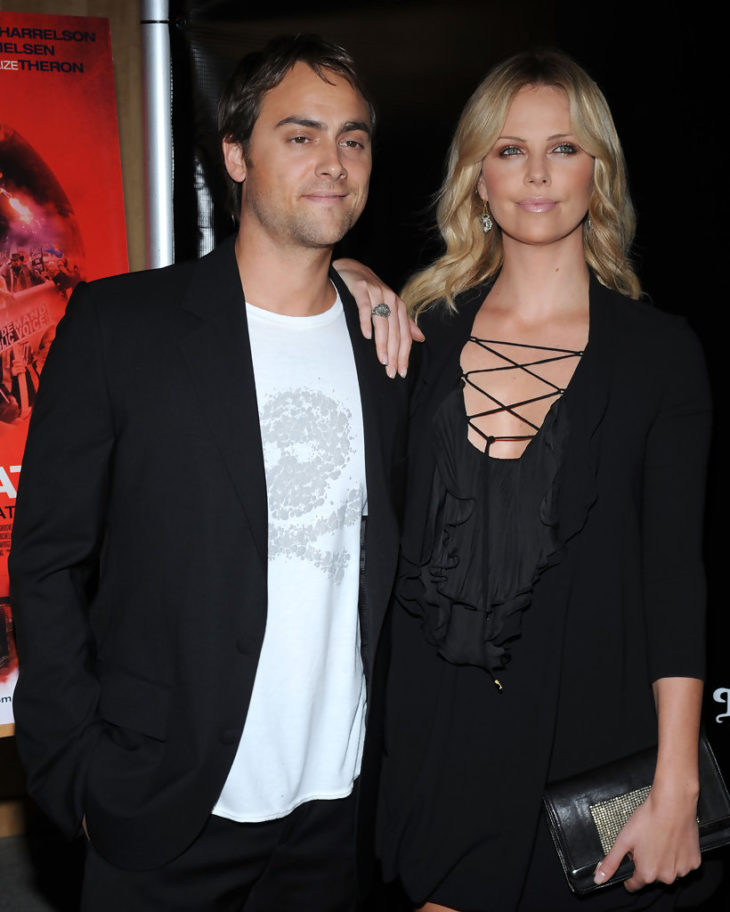 The actress has a son with Stuart Townsend, named Jackson. The pair ended their marriage in 2010, and since then, she hasn’t had a serious relationship. Theron also revealed what she is like in a relationship during The Late Late Show With James Corden, “I’m very OCD, I don’t like the idea of having too much stuff — or stuff that I don’t use — it really bothers me, yes. I was in a relationship and whenever this person went out of town … I would get rid of the tricky shoes. He would come home and, within two hours, say, ‘Where are my straw shoes?’ And I’m like, ‘Did you just hear yourself? You’re wearing straw shoes — no grown man should wear straw shoes’… and he had like the clown patch shoes, the fabric patch.”

Real Chick Lit: “The Smart Girl’s Guide To Getting Even”