Check Your Vibes: Are You “Oversensitive”?

Last week I learned that I’m apparently one of the 15-20 percent of people in the world who can be categorized as “highly sensitive people.” This was news to me, but now that I’m aware of it, few things have made more sense to me in my life. Scientific American describes highly sensitive people (a term introduced in 1997 by researchers Elaine and Arthur Aron) as “those who tend to have intensified experiences and responses to their surroundings…which causes them to become overaroused by intense sensory stimuli, such as strong smells, loud noises, bright lights, and strong tastes.” Sound familiar to you? At first glance all this just seemed like normal human behavior to me that was hardly in need of its own label, but some of us definitely feel these things more strongly than others, and having this information about yourself in your back pocket can be useful. You can take this quiz (a more detailed version is also available here) to see if you fit the bill. Even if you’re not highly sensitive, just about all of us could benefit from better understanding our emotional tendencies and learning how to work with them.

I’d never even considered the possibility that I could be a highly sensitive person (which I’ll call an HSP from now on) because such a thing was barely on my radar, but reading the traits of an HSP was like watching the dots connect across the span of my life and finally seeing the collective force behind all the little “quirks” that I previously thought were isolated hang-ups. When I was growing up, I used to become viscerally agitated by my stepfamily’s tendency toward using outdoor voices to have basic conversations in the house. I couldn’t stand it, I begged them to stop shouting, but at the time, it probably seemed like a diva move on my part than anything else. I see now that, to their credit, they didn’t understand that the noise was physically grating to me, because they didn’t know that HSP even existed. Being an HSP doesn’t necessarily mean much for your life besides providing a better understanding of yourself, but for me, it’s been illuminating to finally have a valid explanation behind me for so many aspects of myself that I’d once tried to dismiss. It explains why natural light is so important to me in rooms where I spend lots of time, why seemingly small stimuli trigger anxiety in me, why I get so easily agitated emotionally, and why I have to measure the way I take in information or stimuli so it doesn’t disrupt my day. Most importantly, it provides a greater reason for why I feel things as deeply as I do. 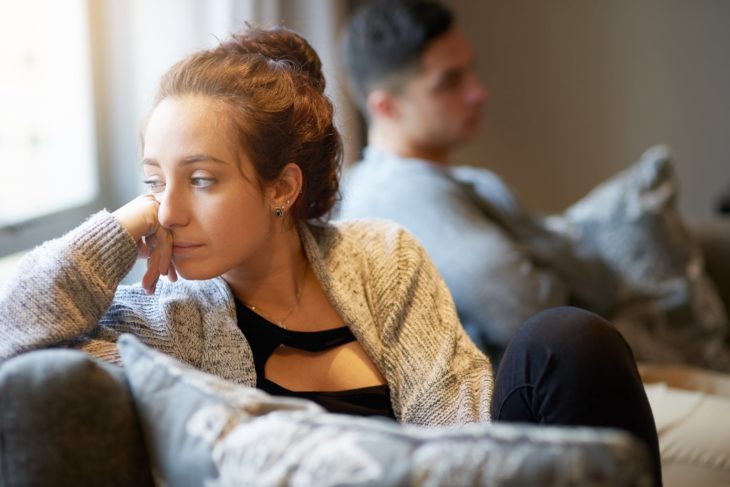 In fact, when I started to write this post a few days ago, I was feeling so “sensitive” that I decided to take a break from writing anything requiring heavy introspection and pick it back up in a few days. As I sat trying to type it out, my nerves were raw, the clattering sounds that were leaking into my window from down the street were driving me crazy, and my heart was fluttering from all the overwhelm. I’d been having a bad day emotionally, and that was enough to essentially diminish my tolerance for anything that might startle or grate at me.

From what I understand, being highly sensitive mostly has to do with physical sensory overload, but it can also have to do with experiencing emotions heavily. I’ve always processed emotions intensely, and only very recently begun to wonder if maybe most other people didn’t feel their emotions in such a pronounced way. If I’m being honest, my tendency to feel things strongly is something that I’m, well, sensitive about. I know how precarious it is to be a person, a woman especially, whose emotions can be used against her as ammunition in professional situations, or in delicate family or social situations. I doubt my sensitivity comes across when I’m just interacting with acquaintances (though I can’t be sure), and this is mostly because feeling things deeply doesn’t make you any different at conversation or less functional than anybody else, but it’s also because I’m heavily aware of the stereotypes that can get in my way if I’m not careful about who I share my feelings with. The “hysterical woman” trope can be used to invalidate anything that comes out of my mouth if the person I’m speaking to is in a particularly dismissive mood – or hell, maybe they even truly believe those generalizations – and without credibility, there’s not much solid left to stand on.

I’ll bet that at least once in your life, you’ve been called “too dramatic” or “oversensitive.” I imagine that afterward you felt pretty ashamed, and maybe felt like you had no choice but to drop whatever issue you were upset about. That was a manipulative move on the part of the person who called you that. It was unfair. For the most part, I’ve viewed my sensitivity as a positive thing, because of the empathy and emotional awareness that comes with it. At worst, it’s been a heavy frustration or annoyance, because life would be so much easier and productive if my heart could recover from disappointments faster. The only time I saw it as negative is when others told me to see it that way. Growing up, I started to notice that a select few of the men in my family regularly found ways to misconstrue my sensitivity as a flaw, and conveniently enough, this tended to happen whenever I said something a bit too honest or uncomfortable about a situation they had a hand in. 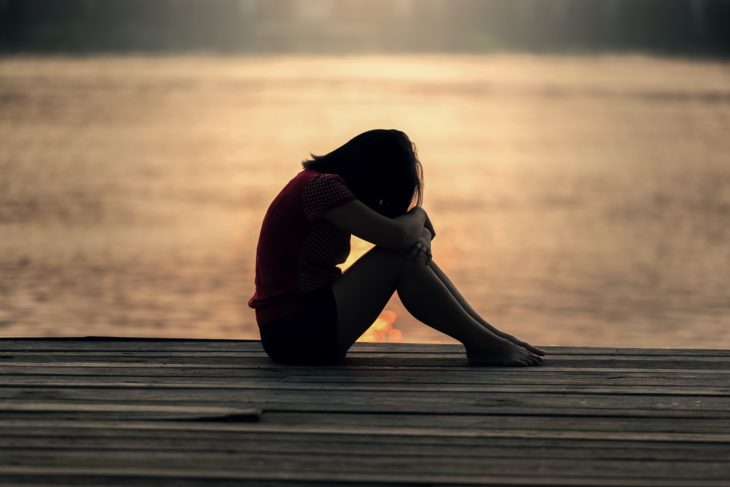 I wasn’t the only one either: my mom and my aunts and my female cousins and I were all what they called “emotionally retarded,” (a grotesque phrase, I know, but it’s the one they used), as if my mother had passed down a plague to me and we had no grasp on reality. What was also a bit odd about their “observation” was that my mother, despite experiencing deep emotional pain, had the striking ability to keep moving forward in her life and create new paths for herself, whereas these same male relatives were the ones who stayed suspended in broken parts of their past, ruminating over and blaming others for the same bits of baggage over and over, never rebuilding their lives. And she was the “oversensitive” one? I point this out only to illustrate the fact that a very similar pattern plays out in different family structures and friendships and relationships all over the world: calling someone emotional or sensitive is a weapon used to deem a person out of touch with reality, no matter what the true facts of the situation are. In a disagreement, whoever calls the other person “oversensitive” first is the one who suddenly has the power, the one who can pretend to have the upper hand of rationality.

Most days, I’d rather I was less of an emotionally raw person. I would be so much less exhausted at the end of the day if I weren’t so heavily internalizing devastating headlines, or concerns over my friends’ problems, or hurt over wounds I wish I’d have moved on from already. But if I weren’t this way, would I be such an empathetic friend? Would I be as perceptive? Would I even have the same talents? Would I love as hard as I do and would I still be as good at trusting my gut? The other side of feeling emotional pain so strongly is that in happy moments, I feel joy just as intensely. Would I lose my capacity to bask so fully in the good times if I had the ability to trade away the bad? Being sensitive is as much a part of my personal make-up as my shoe size, and it surely had a hand in shaping my who I am. It doesn’t make me better or worse than other people, it’s simply what it is, and considering what life might be had I not been born with this trait is pointless. Like any other trait or aspect of my life, I can decide to either celebrate or work around it – or, as I do now, decide to employ a little of both. 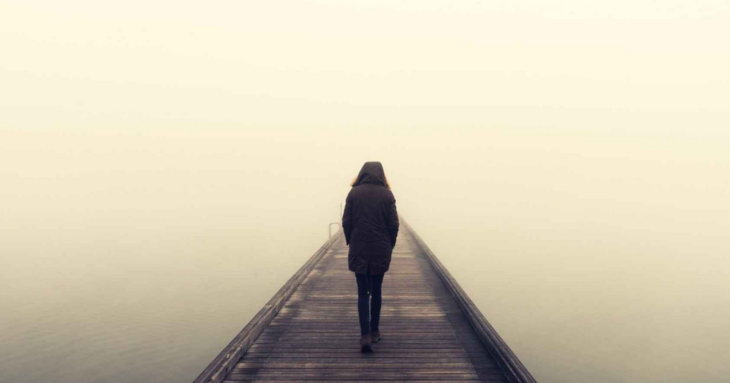 It’s embarrassing to be called sensitive. The word itself carries shame with it. I wish we could invent something new to call it, just to shed the gross history of patronizing and judgment that comes along with it. It’s true that in certain contexts, being sensitive can be counterproductive, though I will never find the word “oversensitive” to be applicable to those moments. It’s good to recognize when sensitivity gets in your way and work on it, but it’s vital to acknowledge that it doesn’t mean you have some kind of dark mark on your personality. It’s just a part of yourself that’s better to work with than to be controlled by. If you find yourself reading heavily into small interactions with people, feeling hurt by simple remarks, frequently overstimulated, or having a tough time moving beyond an emotional scar from your past, here are a few ways to help yourself out, whether you do so with a therapist or on your own: 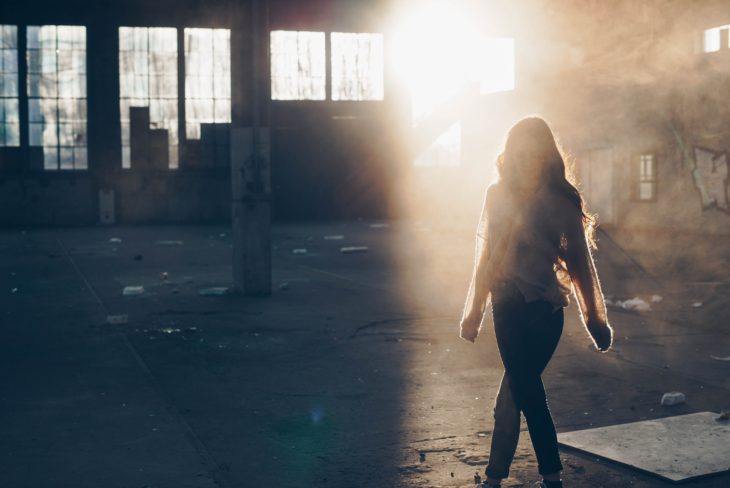 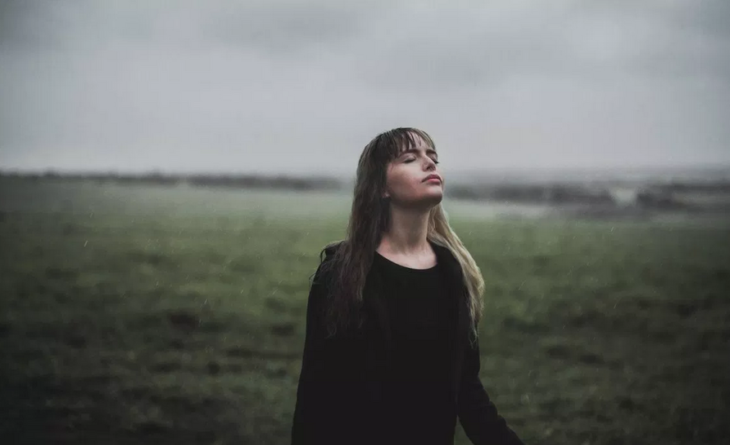 The 5 Different Categories Of Boredom (As Determined By Scientists)

Divorce: How to Cope Emotionally