Astoria, Oregon, sits at the mouth of the Columbia River, smack dab between Oregon and Washington, just a few miles from the Pacific Ocean. Judging by location alone, you’d think Astoria would fit the mold of a classic beach town, but if you go there expecting a plethora of pastel ice cream shops and “Life Is Good” t-shirts, well, you’re going to be surprised. Astoria is much different than the other tourist traps that dot the coast. So different, in fact, that it’s often referred to as “Little San Francisco.” 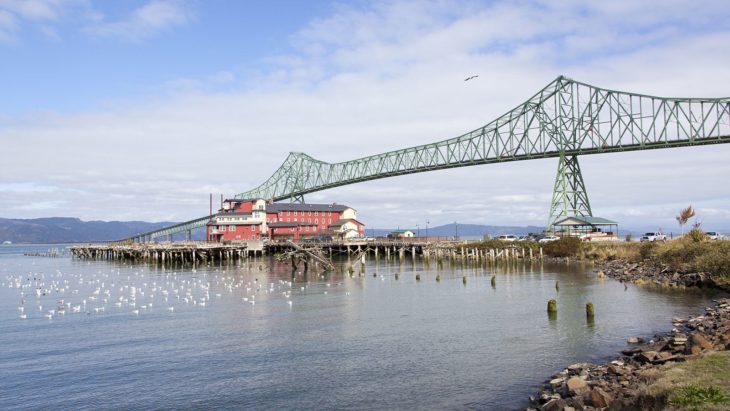 Astoria is home to many of the things people love about Portland (great coffee, microbreweries, artsy culture), combined with a few coastal town perks you can’t get in the city (salty sea air, clam chowder, shockingly aggressive seagulls). And if that wasn’t enough of a reason to visit, “The Goonies” and “Kindergarten Cop” were filmed there. Packed your bags yet? It’s about an hour’s drive from Portland, and here’s what to do once you get there (besides the truffle shuffle, which is a given):

Check in at the Hotel Elliott,  a gorgeous 5-story hotel right in the middle of historic downtown Astoria. The rooftop terrace boasts a stellar view of the river, the Astoria-Megler Bridge, and the colorful Victorian houses that dot the residential hills above downtown. There’s a fabulous wine bar downstairs, and a gourmet complimentary breakfast for guests. Oh, and the bathrooms have heated tile floors. Life dream status.

Once you’re settled in, start your day with coffee and a pastry at Blue Scorcher Bakery. Centrally located, and committed to using organic and local ingredients, this place is seriously drool-worthy. I mean, look at these strawberry and cream danishes. LOOK AT THEM: 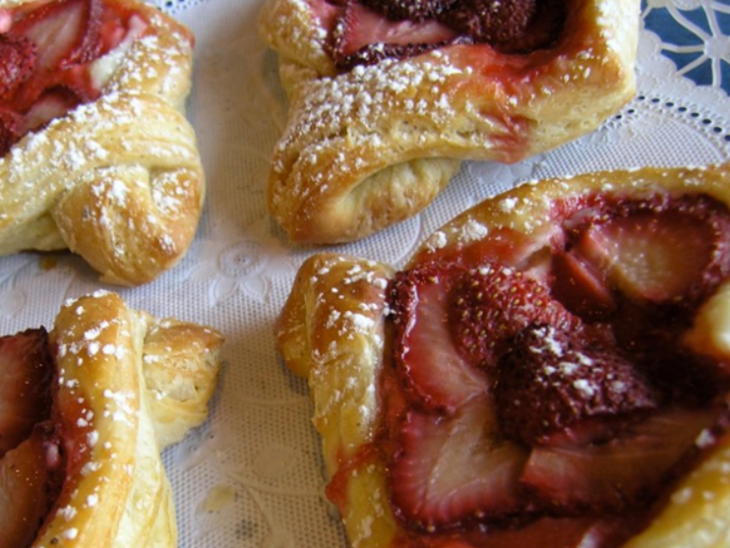 Take your coffee in a to-go cup and head out for a stroll along the Astoria Riverwalk, a paved trail that runs along the edge of the Columbia River for 5 miles. It’s a great place to watch the gigantic cargo ships pass by and ponder the marvels of human engineering. It’s also a great spot for watching cute boys in Coast Guard uniforms, not that I have ever done that. Speaking of amazing views, be sure to check out the Astoria Column, a tower on the hill with a semi-challenging spiral staircase inside that leads to a great payoff: a breathtaking panorama of the river.

Ready for lunch yet? I’d recommend choosing between two awesome brew pubs (or pub hopping, if you’re feeling ambitious and super hungry): Fort George Brewery and Wet Dog Cafe. Fort George is housed next door to Blue Scorcher in an imposing building that used to be an auto service station. The overhauled interior has a cozy, artistic feel, with massive wood booths and a welcoming bar counter that makes you feel like you could take a seat and form a lasting friendship with one of the old, bearded fishermen who are usually planted there. Order a taster tray to decide which of their draft beers is your favorite, then treat yourself to a pitcher. Food-wise, everything on the menu is a good bet, from the giant burgers to the well-seasoned falafel. I don’t eat meat anymore, but I still dream about their house-made sausages, which are served with house-made mustard and crispy fries. Ugh, so good.

The Wet Dog Cafe has a bit more of a classic beach restaurant feel to it, thanks to its prime location near the water and big windows. It’s home to the Astoria Brewing Company, so definitely order a beer. Try the wild salmon burger, and for the love of God, add a cup of clam chowder on the side. Wet Dog has my favorite chowder in Astoria — it’s fresh, perfectly creamy, and sprinkled liberally with chunks of bacon. Again, making me question my current pescetarian lifestyle. 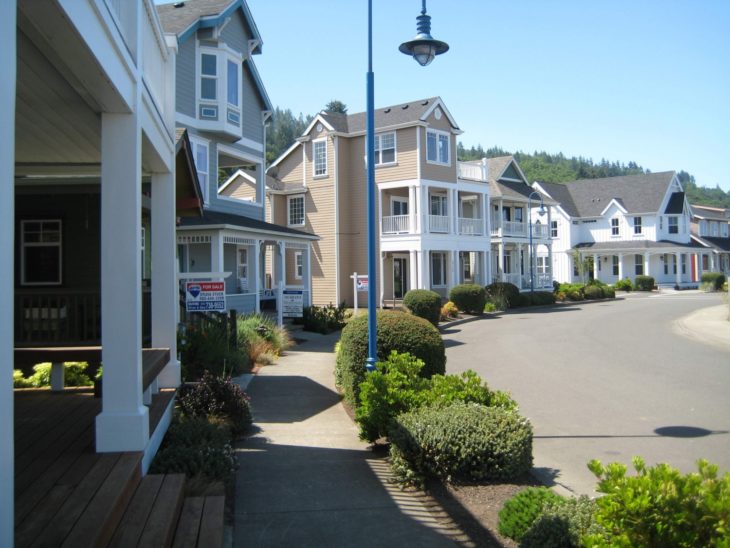 After lunch, it’s time to tackle the Astoria activity that’s most important: going to the “Goonies” house. Now, keep in mind, this house is not open for tours or anything; it’s just there, privately owned, majestic as ever, begging to be the background of your Facebook profile picture.

But don’t stop your Astoria Movie Scenes tour there! Another important movie location is just up the road: the elementary school where Arnold Schwarzennegger played an undercover detective/teacher in the 1990 classic, “Kindergarten Cop.” Don’t miss the chance to stand in front of it while saying, “My name is John Kimble, and I love my car.”

Once you’re movie-locationed out, be sure to wander around the riverfront and historic downtown areas (which are only a few blocks long and totally walkable) to check out all the shops and art galleries. Then go to Bridgewater Bistro for dinner. If it’s nice out, sit at one of the tables on the deck and watch the sunset while feasting on Willapa Bay oysters, smoky tomato mac and cheese, and mango lime creme brulee. Bliss!

Whether you live in the Pacific Northwest and are looking for a fun weekend getaway, or want to add an unforgettable day trip to your Portland vacation, follow the map to Astoria. Trust me, it’s a treasure.

The Hottest Beaches For Getting Frisky