For a lot of people from Chicago, the place to go for a quick, chill weekend vacation either is Galena (home of fudge shoppes, historical reenactments, and antique stores) or Lake Geneva (great beach, some sailing, OK shopping). However, if you’re not frumpy or if you’re weird (hello) I have to suggest Wisconsin’s great alternative: Its capital, Madison.

Madison is, at heart, a great big hippie city built around a college campus, and that knowledge is everything you need to understand why it looks and feels the way it does. Its downtown strip — State Street (above) — is full of new age stores that sell incense and crystals, smoke shops, thrift stores, and used record stores on the one hand, and Gap, American Apparel, and Urban Outfitters on the other, with an artisan soap shop, a milliner, and insanely good regional food restaurants occupying the space between. State Street connects to the Capitol Square, where you can tour the Capitol Building on weekdays and buy local cheese, bread, pastries, candies, and of course produce at their huge farmer’s market on the weekends.

On the other end of State Street is the completely massive University of Wisconsin (above) campus, the student population of which makes up what at least feels like half of the city’s population. This is especially so during Halloween, which becomes a giant street party to which you have to buy tickets — so if you really, really love to party with college kids (no thanks), Madison is your place to be in late October. Otherwise, though, UW is a great resource for entertainment — the various iterations of the Badgers comprise Madison’s sports culture, and if you’re past football season, you can still watch their top-notch hockey teams.

Speaking of sports, I live in a city that has two baseball teams and I don’t like going to either of their games. Almost every time I’m in Madison in the summer, though, I make a trip to see the Mallards, their minor league baseball team (above). The games move fast enough and have enough inter-inning entertainment to keep even small kids and non-baseball-fans interested in sticking around (I can’t say as much for the Cubs or Sox), and at less than $20 for decent seats, it’s well worth it for the summertime Americana-type nostalgia. 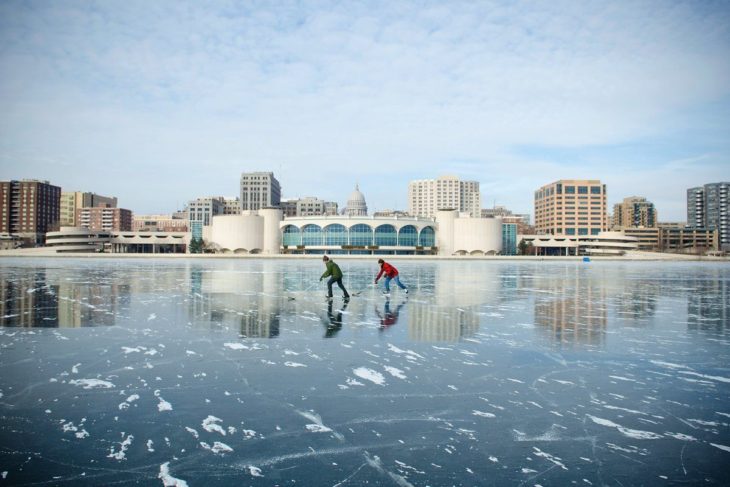 Here’s another great thing about Madison: FREE ZOO. And not only free, but extensive — I’m spoiled by growing up with Brookfield Zoo, and Madison’s Henry Vilas Zoo (above) lives up to it in terms of habitat quality and educational experience, not to mention having beautiful grounds. It’s just one of many outdoorsy types of things you can do in the area, too: The city has such extensive bike trails that it’s easier to commute by bike than by public transit, plus many of them are situated along the city’s four lakes — along which there are also picnic ground and beaches with kayak rentals.

Oh, and the food. Whenever someone tells me they’re going to Madison, my first reaction is “GO TO JOLLY BOB’S (above) AND MONTY’S.” Madison has a greater diversity of restaurants than most areas of Chicago: Middle Eastern, Jamaican, Korean, Mexican, Peruvian, Venezuelan, Nepalese, Vietnamese, Thai, Indian, Cuban, Greek, Italian, Filipino; they have some of the best vegan food I’ve ever tasted in my life on the one hand and the absolute best ice cream I’ve ever had on the other. They have popcorn and cheese curd shops all over the place, and, of course, a plethora of cafes with fantastic roasters. Beyond that, they have not just your average health food stores, but then also the Willy Street Co-Op, a neighborhood institution. Suffice it to say, it’s easy to eat well in Madison. 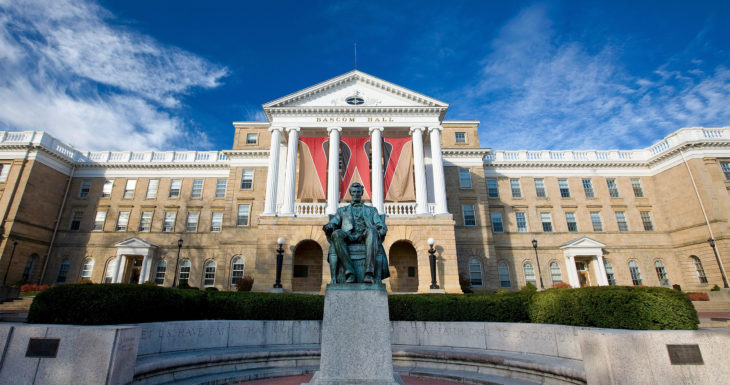 I have to conclude with the things I love the most about Madison, which aren’t in Madison proper but are an hour-or-less drive out of the city; the weird stuff that resides in suburban and rural Wisconsin. First, the National Mustard Museum (above) in Middleton, where you can learn about the healing and deliciousness applications of mustard in history on the basement level and peruse through hundreds (possibly thousands?) of different types of mustard and condiments at ground level. I’m not a mustard afficionado, but isn’t it just fantastic that this exists?

Second, Dr. Evermor’s Sculpture Park in Sumpter, Wisconsin. Dr. Evermor sources the parts for his sculptures from demolished airplanes and industrial materials: there’s a giant bee whose body is made of a plane engine, for example, and the park also houses the largest scrap metal sculpture in the world, the Forevertron (above). The park is beautiful and strange; the creatures he creates have personalities; it’s like walking into a magical realist novel. The whole place looks like it’s just playing freeze-tag while you’re there. 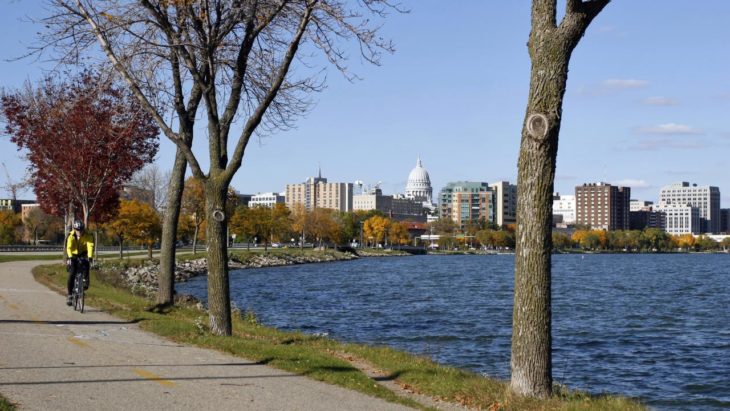 And along the same lines as Dr. Evermor’s park is what I consider to be one of the greatest feats of the human imaginative capacity in existence: The House on the Rock (above) in Spring Green. The House is so spectacular and fantastical and otherworldly that Neil Gaiman used it as a sacred site and a portal to another dimension in American Gods. It’s a labyrinthine mansion built obsessively on top of itself into a rock column. It features an overlook that stretches 200 feet out from the rock face, a 200-foot-tall sculpture of a whale and kraken, a massive indoor carousel; doll exhibit after doll exhibit, collections of antique guns, a room full of bridges, rooms upon rooms of music machines and, toward the very end of the tour, a model of the four horsemen of the apocalypse. It is macabre and absurd and fantastic in the utmost, and it is one of the most novel things you’ll ever experience in your life.

So there you have it: Madison in more than a nutshell, a mere three-hour drive from Chicago, one of the strangest and coolest places you can go!