When you see the things he loves, it’s no wonder that he is a perennial Donald Trump supporter. Millions, billions, women, power, and of course, guns. The man is prepared to stand behind the politics the current President is promoting. And he is ready to support him publicly.

Only a few hours ago, Instagram page @worldstar shared a photo of President Trump and some of his tweets about fake news. They asked their followers to give them their thoughts on the President’s claims about media and fake news. Dan Bilzerian decided to support the 45th US President with a comment, stating that he agrees with POTUS.

#PresidentTrump had this to say about #fakenews…thoughts?!?? @realdonaldtrump

Our President is a celebrity himself, and above all, he wants to be acknowledged by other famous people. His biggest feuds are with people from Hollywood. Actors, directors, and other parts of Hollywood establishment are most prominent Trump critics.

Now, Bilzerian himself is not a celebrity per-see. Still, people know who he is, and standing out to publicly support our President on a well-followed Instagram page will definitely attract the attention of young voters. 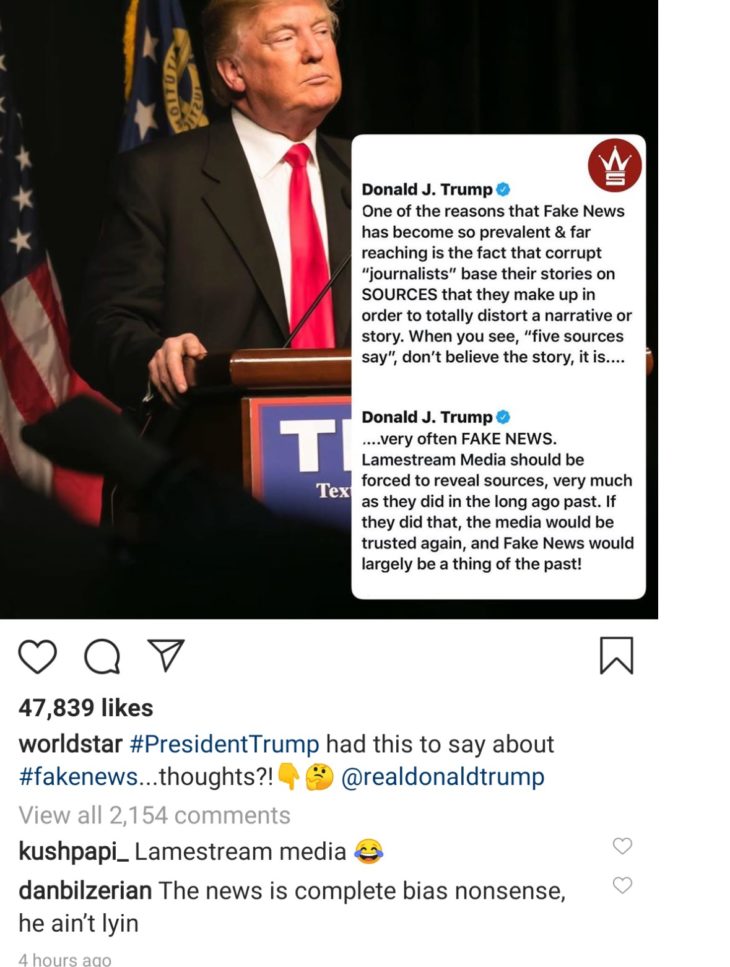 Back in 2017, during an interview with Larry King, Bilzerian was asked if he was a Trump supporter. At the time, Dan stated that he’s not dedicated Trump supporter, but that he supports some of his ideas, that rates him above Hillary Clinton for sure, and that he loves President’s straightforwardness. 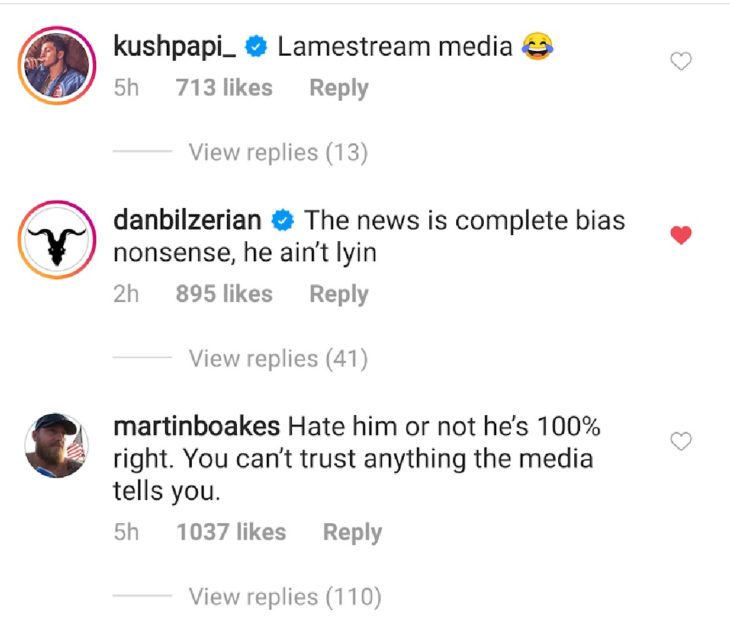