Dana White or more commonly known as “Boss” to many of today’s professional Mixed Martial Arts (MMA) fighters, is the President of the Ultimate Fighting Championship (UFC). Through hard work, determination, and use of a strong-minded business ethic, he has grown the UFC into one of the most prominent MMA organizations and a globally famous multi-billion dollar enterprise. But it wasn’t all glitz and glamour at first. 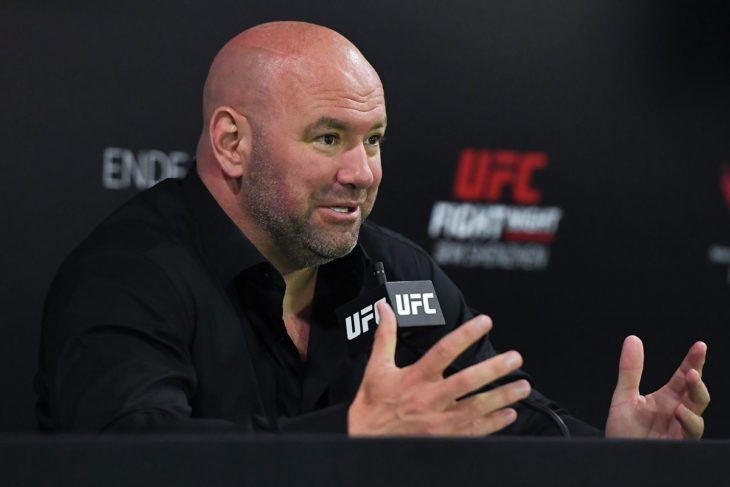 Dana Frederick White Jr. was born in Manchester, Connecticut, on the 28th of July 1969, son of June and Dana White. He has a sister, Kelly, both predominately raised only by their mother for the majority of their childhood after their father left at an early age. The family often moved around between Boston, Las Vegas, and Maine. He began showing interest in combat sports at an early age and started boxing when he was 17 years old, graduating from Hermon High School in Maine in 1987. 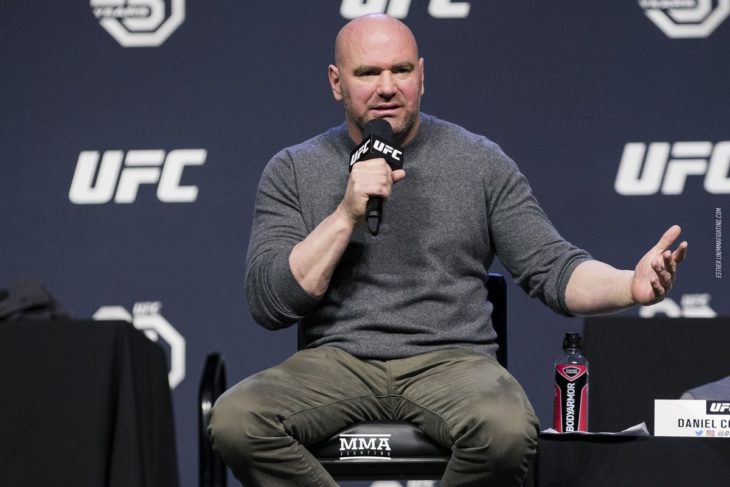 While working as a manager for Tito Ortiz (Jacob Christopher Ortiz) and Chuck Liddell (Charles David Liddell), this talented businessman met and formed a relationship with Bob Meyerowitz, the owner of Semaphore Entertainment Group – the parent company of the UFC. He soon came to learn that Meyerowitz was looking to sell the UFC, and the cogs started to turn in his mind; he was planning the bigger picture. He got in contact with an old childhood friend, Lorenzo Fertitta, an executive and co-founder of Station Casinos he asked if he might be interested in taking over the company. So, in January 2001, Lorenzo and his older brother, Frank, brought the UFC for $2 million. After completing the deal, the brothers then appointed their new business partner as the company’s president.

In past interviews, he had said that when he and the Fertitta brothers took over the UFC, all they had was the brand name and an old Octagon. Over time and nearly 20 years under its new ownership, it’s fair to say that they have acquitted quite a bit more than that now.

Just landed in Houston, raffling off 10 pairs of tickets for Jones vs Reyes TOMORROW at 2pm at @hooters in Pearland, TX

As a subsidiary of Zuffa, an American sports promotion company, the Fertitta Brothers and Dana developed the UFC into a hugely successful business. With the excitement and number of Mixed Martial Arts fans growing all across the world, the number of pay per views for the UFC events was increasing in popularity at a staggering rate. In July 2016, a group of investors led by WME-IMG bought Zuffa for $4.025 billion. This world star owned 9% of the company at the time of the sale. This deal had UFC fans around the world wondering what could happen to the company they loved, but he came to announce he would continue in his role as president.

In March 2018, the UFC president signed a new 7-year deal extending his time to remain the face of the Ultimate Fighting Championship, as the company agreed on a deal with ESPN to continue their distribution – meaning the pay per view events would be moving exclusively to ESPN+. 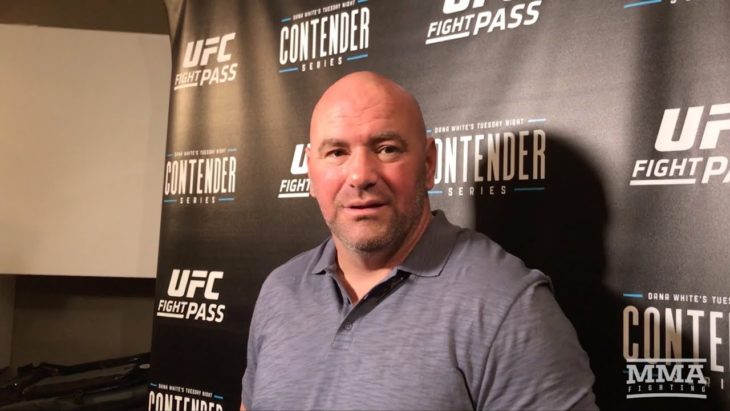 In 2017, The Ultimate Fighting Championship released the news that this powerful man would host his own TV series (Dana White’s Contender Series). Packed with interviews, announcements and never seen before footage, the camera crew would be almost on top of the fighters inside and out of the octagon following them 24 hours a day, seven days a week, giving the fans exclusive backstage and behind the scenes footage of these hopeful up and coming fighting stars.

As well as this online TV series, he would also be cast and for the most part, play himself in the following list of TV shows;

4. “It’s Always Sunny in Philadelphia” as himself, in the episode “Wolf Cola: A Public Relations Nightmare” (2017) 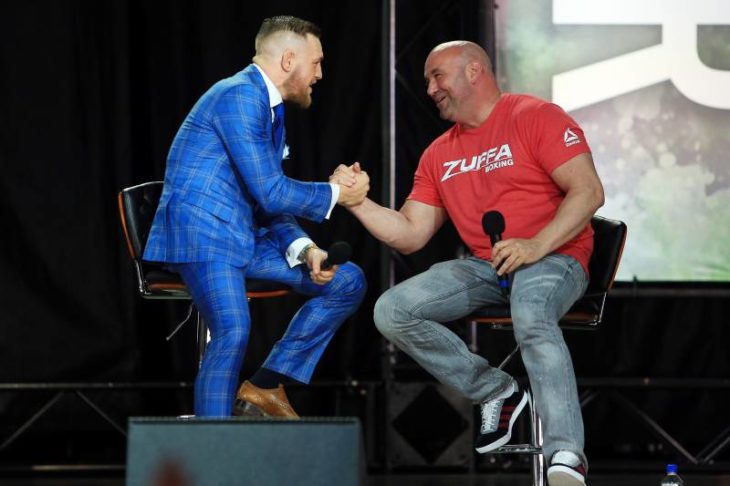 Dana White’s powerful and strategic business mind and passion for the fighting world of mixed martial arts has allowed him to take a nearly bankrupt company and turn it into one of the most electrifying promotions companies in the sporting world to date. He and his team have created a multi-million dollar industry. The UFC has become a household name that has reached billions of people all over the world. Under his presidency, the UFC has grown and dominated the MMA world.

Everything You Didn’t Know About Lindsey Pelas