I’ve been writing Dater X for almost a year now, and can honestly say that putting everything out there about my love life hasn’t been easy. Writing this column is therapeutic in a way, because it allows me to reflect on my relationships, both good and bad, and figure out how to move forward with more insight, intuition and confidence. But with that somewhat comforting self-analysis also comes a lot of pressure. I write my story because I want to, but I’m also making myself vulnerable by writing about real people, real feelings and real struggles. Some weeks I blog freely, not giving a fuck what kind of criticism will come my way, and other weeks, I worry about being judged, disrespected, and oftentimes, having my identity uncovered. I’m never certain how I’ll feel at the end of the day, especially on days when I write Dater X, but I know why I do it. I do it because I don’t want to end up like my mom. I’ll share her story with you to give you more insight into why I do what I do—from writing this blog to dating tirelessly and relentlessly for the last several years. It’s hardly a sob story, but it’s one that’s shaped me into who I am.

My mother is one of the strongest women I know, who also happens to have completely awful luck in love. Throughout her entire life, she’s been in relationships that have crashed and burned, at no real fault of her own. Perhaps she chose her husbands poorly, or maybe the odds just haven’t been in her favor. But whatever it may be, my mother will now grow old alone, and not because she’s incapable of finding love; it’s precisely the opposite. Like me, she loves hard and hurts hard, and she’s scared to get hurt any more than she already has been. Three marriages have failed, and she would rather be alone for the rest of her life than risk falling in love and having to endure any more heartbreak. I never, ever want to love so much, then hurt so much that I become resigned to being alone for rest of my life out of fear. I want to find love with someone — the RIGHT someone — and commit to them. And then I want to stay with that person forever. I want to get it right the first time around. 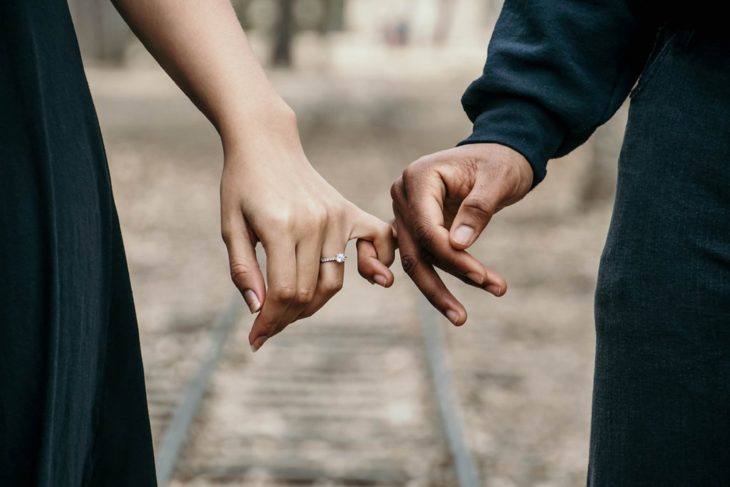 Mom married her first husband when she was just 20 years old, and had some children a few years later, both of whom I’m very close with now. She was married for over a decade before her husband suffered a mental breakdown and began threatening to kill the family and himself. After multiple failed attempts at trying to get him treatment, it became very evident that his behavior was becoming increasingly violent, unpredictable and unsafe. After one particularly awful evening, my mom snuck away in the middle of the night with both kids, scared for their lives. They found a new life away from him. Eventually, her husband found the help that he needed, but their relationship was beyond damaged at this point. They both agreed that a divorce would be best, and from there she moved on. This is when she met my father.

I have a very close relationship with my dad, but he and my mom have been divorced for as long as I can remember. They split when I was only three, but their relationship since has always been civil. My dad was remarried shortly after, and so was my mom, both of them happy again with their new lives and spouses. Unbeknownst to me, my father apparently had a wicked temper. He was a wonderful, caring, sweet man most of the time, but at the flip of a switch, he turned into someone else, throwing things, flipping tables and screaming, terrifying my mom and siblings. Eventually — and this part I only just learned — my father hit my mom and was arrested. Once was enough for my mother, who vowed to never stay with someone who could put her and her children in jeopardy. But in the history of my relationship with my father, I don’t remember him even raising his voice just once. That’s not the man I know. After the divorce, in order to maintain joint custody of me and my sister, my dad had to attend mandatory therapy and take medication for his anger. Since then, as my mom says, the person I’ve known as my dad has been “a completely different man” than the one she was married to. He’s kind again, and the kind of husband to my step-mom that my mom first fell in love with. But my mom had moved on. 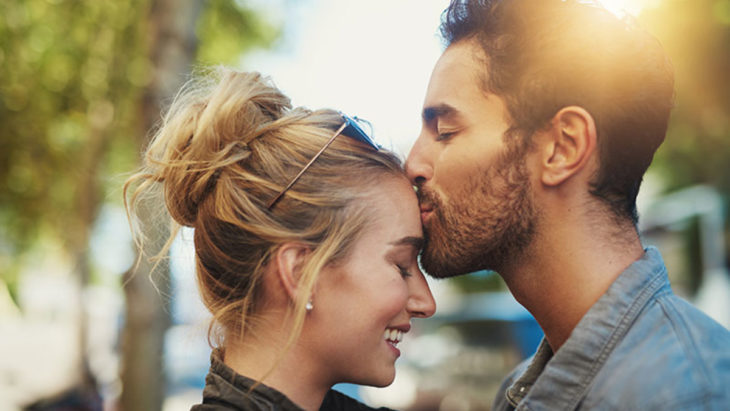 I had the misfortune of living with husband number three. He was wonderful for the first five or six years of their marriage, until he just … wasn’t. Eventually, he began cheating on my mother with multiple women from our town, and after years of refusing counseling, my mom decided to leave him. He wasn’t always the kindest, and he certainly wasn’t the most thoughtful. His infidelity infuriated us all, but I did love him. One year after my mom and he divorced, my stepfather dropped dead from a massive heart attack. We didn’t get to say goodbye, and I made it to the hospital only minutes after his heart stopped completely. My family and I were heartbroken, despite the hurt he caused us for years. I lost a father figure, and the resentment my mother had for my stepfather was not buried with him. I had to watch my mom sobbing beside us in the funeral home, as my stepdad’s multiple mistresses came and went, paying their respects. My mother, a far better woman than I, simply said, “They probably hurt too. They deserve to say goodbye, just like us.” After that, my mom vowed to grow old with her kids by her side, and that’s all. No matter how many times we mention signing her up for Match.com or eHarmony, she refuses and claims she’s content with her life just the way it is.

Now, as my mother nears 70 years old, gets more forgetful and tries to enjoy her retirement solo and with a smile on her face, I know how badly she would have loved to have a partner to spend time with and to love. She felt defeated, and I can’t blame her; she loved and lost, and loved and lost again, and then a third time after that. Growing old alone scares the shit out of me, but what scares me even more is falling in love with the wrong person and wasting precious years with someone who doesn’t deserve me. Sure, my mom tells us kids she doesn’t need a man, because “I have you guys,” but she also let heartbreak win. And every time we watch a romantic comedy or hear a love song, I can see the sadness she tries to hide from us. It IS possible to love until you don’t want to love anymore, and having that happen is my worst fear. So when I go on dates, share my stories and examine my behavior with all of you— even the behavior that’s met with misunderstanding and judgment— it’s because I refuse to be knocked down so many times that I won’t stand back up. I’m just trying to find the right person who won’t knock me down. And whether you believe it will happen or not, I deserve and will find the kind of love my mom should have had in the first place.

Dear Wendy: “My Girlfriend’s Going Off Her Meds. How Can I Help?”

Why is CBD Oil Good for Your Skin