You know what? I’m exhausted.

After the past few weeks of aggressive Tindering, aggressive OKStupiding, aggressive first-dating with no second dates, I’ve been having trouble mustering any enthusiasm for yet another evening of probing questions with a relative stranger. I’ve progressed from Tinder to text with a few promising specimens, but the schedule gods have conspired against us, and I can’t even really say that I’m disappointed. Speed-dating was sold out for the second attempt in a row, and that, too, failed to bum me out. Rather, it has been a bit of a welcome break not to have to pick out a first-date outfit or figure out what to do with my hair, which has grown out into what I have so far refused to describe as a mullet, though at this point that’s really only a matter of semantics.

So, sorry: no fresh meat this week.

Instead, I’ve been trying the old “working on myself” thing that so many people stress is critical to dating, trying to make myself as satisfied and happy and whole as I can so that I have that to offer the right person when – if? – he swipes right/plops down next to me at the bar/posts a Missed Connection. And it’s gotten me to thinking about the difference between “single and looking” and “single and waiting.” 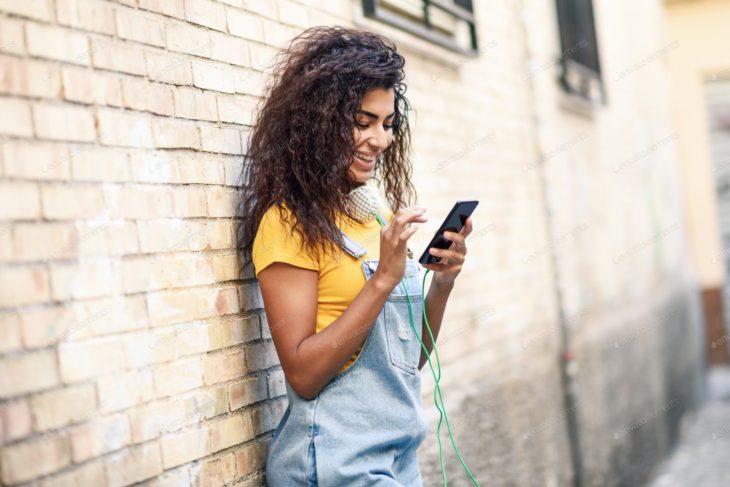 See, I’m actually pretty happy with my life. I make a living doing what I love, live in an apartment that I have worked hard to make into a home in the heart of my favorite neighborhood, have a great relationship with my family, and enjoy a diverse and eclectic group of brilliant friends who pick me up when I’m down and celebrate with me when things are going well. If I were to cite something that feels like it’s missing from my life, it would be the very thing that I’m routinely advised not to chase when “working on myself” – a relationship, a partner, and eventually, a family of my own.

From the time I was old enough to be interested in boys, people close to me reassured me that as I got older, the guys would get more mature. In middle school, I was urged to wait for high school. In high school, I was told that I would kill it in college. In college, I was assured that undergrads were not yet on my level. After graduating, friends insisted that guys in their 20s were more trouble than they were worth. And now? When I mentioned to my mom the other day that I was feeling frustrated with The Hunt, she warmly replied that the right guy was out there, then launched into a speech about how unmarried men in their 30s probably all have something wrong with them.

I interrupted her to ask, by that logic, what was wrong with me. “Nothing!” she laughed, as though being an unmarried man in his 30s and being me, an unmarried woman in her 30s, could not possibly be any father from one another.

So, in a sense, I’ve hit a kind of stalemate: I like my life, but it is not the life that I want forever. And the things that I would want to change will only change in tandem with a partner. After all, it’s not like I can preemptively move to a small town with great schools and hope to meet a guy there who will want to start a family with me. The guys there are all there because they already have families of their own.

It’s tough not to feel frustrated, nay exhausted, by the whole sorry dating game. But it doesn’t really seem to be optional, at least not if a partner really is on my list of wants, and it is. “Single and waiting” just isn’t cutting it — so I’ll get my Not Mullet cut. I’ll keep going to spinning classes. I’ll try and manufacture some enthusiasm for the cute top that I seem to have worn on an endless parade of first dates. Back to “single and looking,” with a vengeance.  Or at least with a purpose.

In the meantime, The Most Wonderful Time of the Year is coming up, and that comes with its own set of single girl challenges. Instead of sleeping in on Christmas morning, tucked cozily into my bed at my parents’ house, I’ll be in the rec room on an air mattress so that my cousins and their new twins can have a room to themselves. Which, c’mon, I don’t begrudge them, but it’s tough to steel myself for the annual onslaught of well-meaning relatives’ curiosity about my relationship status with a crick in my neck. Especially when that crick was caused by making room for two gorgeous brand-new babies from a couple whose life together I can’t help but envy, no matter how happy I feel for them.

To that end: I’m out of here, and back to Tinder and OKStupid. Because as exhausted as I feel, I keep reminding myself that it only takes one good date, one good guy to make it all worth it.

Why Do People Who Have Started Running Feel Knee Pain?

Girl On Girl: Why Gay Marriage Matters To Me