Dater X: The Love I Want

I answered the phone at 10:45 p.m., worried about why my father was calling so late. It was highly unusual for a man who never calls after 8 o’clock, especially since he finally chucked his old cell phone which frequently allowed him to “butt dial” everyone on his recent calls list.

“Hi. What are you doing tomorrow?” he asked.

“I planned on going to brunch with some girlfriends, but that’s it. Why? Is everything okay?” Silence from the other end of the receiver confirmed my concern.

“It’s Grandmom,” he said. “I think you should come home.” 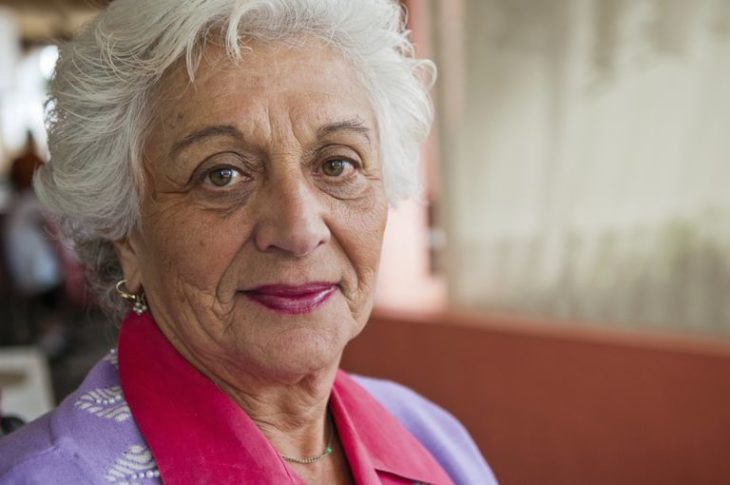 The next morning, I made the hour-and-a-half drive to my grandparents’ house, where I was greeted with loving embraces by my grandpa, father and stepmom, along with all of my dad’s siblings and their significant others. Following a fall earlier in the week and a brief hospitalization thereafter, my grandma (who I call Grandmom) had taken a turn for the worse. She was back home now in the house that my grandpa built for them, resting as best as she could for someone with a bad case of bronchitis and sudden immobility. The majority of her day was spent sleeping and shivering under piles of blankets, which we hoped would help calm her fever chills. For the days leading up to my visit after her hospitalization, my father and aunts took care of my grandma, doing everything for her from spoon-feeding her medicine to changing her diaper. Hospice workers would be coming later that day to help make her more comfortable.

While my 94-year-old grandmother dozed off and on, we all took turns sitting by her bedside so she wouldn’t be alone when she woke up. The others would sit with and occupy my grandpa, whose dementia has gotten the best of him lately. While I sat with Grandpop and tried to distract him from the nearby chit-chat of my father and aunts discussing his wife’s living will, we heard a hacking cough from the other room. Mid-sentence, my feeble grandfather hoisted himself up, grabbed his cane (which he then just carried down the hall as he shuffled quickly along, as if touching it to the ground would slow him down) and made a B-line to the patient down the hall.

“Dear, what can I get you?” he asked helplessly. “Tissues? Water?”

“Nothing,” she said breathlessly between deep coughs, unable to move her head and look at him.

Instead of heading back to his chair in the living room, Grandpop sat at the foot of the bed using his cane for balance, and stared at my grandma as she fell back asleep. I took a seat across the room, and just watched the two of them. They weren’t talking or touching, but they didn’t need to. Right there in that moment, I saw my grandfather taking it all in; he was soaking up every part of my grandma, from her countless wrinkles and freckles down to the wedding ring he’d given her nearly 70 years ago, now loosely wrapping her thin finger.  He was preparing himself to lose the one thing that’s kept him going all these years. Grandpop couldn’t remember what he’d eaten for breakfast only two hours earlier, but when I asked him to tell me the story about how he met my grandma, he recited a tale I’ve heard many times before, with perfect, accurate detail. 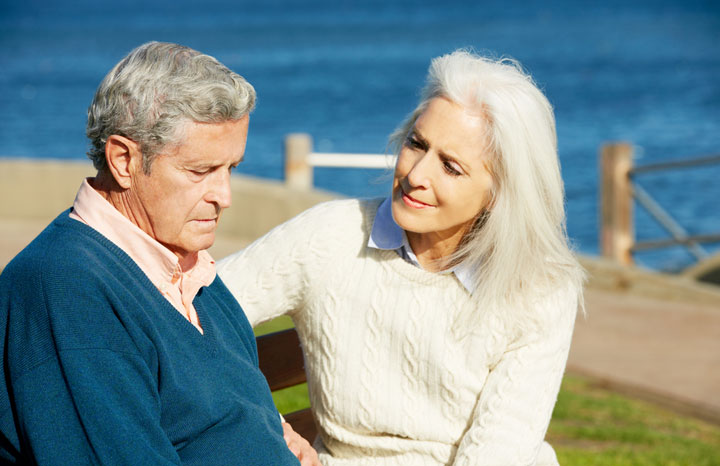 For the rest of the day, I flipped through old photo albums looking at pictures of my grandparents through various stages of their lives — birthdays, vacations, babies and weddings. She with her bouffant hair, and he in his buzzcut and military uniform, looked just as in love all those years ago as they do today. Their bodies and minds have weakened, but the one thing that remains strong is their adoration and dependency on one another. My grandfather remained confused that day, asking questions about why everyone was there and staring at some of us a little bit longer than usual to try and place familiar faces, but despite being lost in his own mind, every time he entered that room to see Grandmom, he seemed to have found his way.

I walked out the door that night, my grandmother still hanging on and my grandfather by her side, and burst into tears. But I wasn’t crying for Grandmom, who’s lived a long and happy life. I wept for my grandfather’s heartbreak, and how cruel it is that his memory has pretty much gone, but the gut-wrenching pain of slowly saying goodbye to his love, his life’s purpose, is something he’s aware of and feels in vivid detail. With the deepest love comes the deepest pain. I started thinking about the men who’ve entered my life, both for short and long periods of time, and the various extremes of heartbreak I’ve endured. Patrick Bateman, GQ, Don, Officer Handsoming, Andrew and Scar Twin have all come and gone in a few short years, but I haven’t lost hope that someone — the right someone — will come into my life and stay. And if I can find someone to love half as deeply, passionately and painfully as my Grandmom and Grandpop love each other, it will all have been worth it.

Girl Talk: Marriage Freaks Me Out

True Story: Someone I Love Told Me He Thinks Women Lie About Rape