Dater X: With A Little Help From My Friends

Tough going out there in the dating pool this week: my OKStupid date bailed on me mere hours before game time (rude!), and speed-dating managed to sell out before I could secure a spot. Undeterred, I’m planning to attend this week – and purchase a ticket farther in advance! Meanwhile, I ended up spending a surprising amount of time last week, giving and taking advice from my few remaining single friends.

I kicked off the week with brunch with a newly single guy friend whose insignificant other unceremoniously concluded their three-year affair a few weeks ago. I say “insignificant other” because this young lady, a former gal pal of mine, resolutely refused to refer to my friend as her boyfriend, and while she claimed to be monogamous, she had a troubling tendency to vanish for days at a time, then resurface via incriminating Instagram photos of herself in various stages of inebriation with one or another of her many, many exes.

Things between her and I went south about two years ago; she was in the throes of her second Ultra Dramatic Breakup since we’d become friends, and for the second time, wanted to use me as an excuse for her whereabouts when the ex-boyfriend in question found out she was spending her nights elsewhere (in this case, with my current brunch companion). Whatever you may think of me, I am not the sort of woman who itches for drama to come into my life, and I recused myself from the situation, though I stayed in touch with my now brunch companion.

He is, understandably, reeling from his “breakup,” and even more so from the frustrating truth that he entered into the situation with this girl knowing her reputation for dishonesty; there’s a self-loathing aspect to his misery that compounds it, a sense that he brought this on himself by resigning himself to the situation, accepting what he could get from her and convincing himself that it might end up being enough. Spoiler alert: it wasn’t, and it’s not, and he’s all the more devastated by her calling things off now because he knows he put himself in the position to be steamrolled by her eventually in the first place. And now he has been. 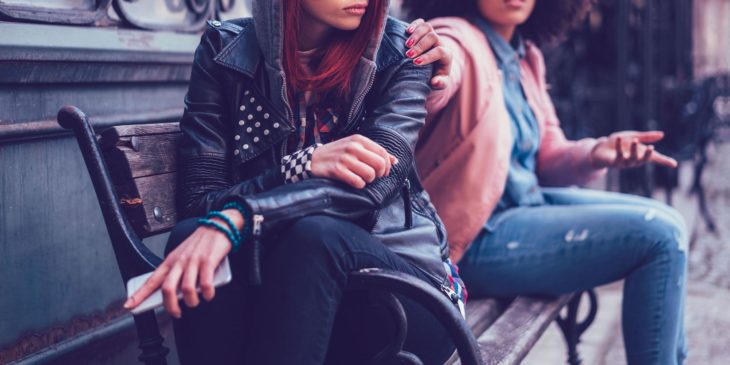 It’s hard to know what to say to him. He’s a pretty self-aware guy, so the usual platitudes that “it will be alright eventually” and “absence makes the heart grow forgetful” are unnecessary; he knows that he won’t always feel so bad. But it’s still hard to watch someone who has, since I’ve known him, successfully changed careers and evolved from an awkward kid from south Florida into a bona fide city businessman succumbing to such potent despair. Hearing him bemoan three years of “good enough” with this woman, knowing that he could maybe have been building something significant and lasting with someone else and must now, with less time ahead of him, start all over, struck a chord with me. Now that we’re no longer in our 20s, dating feels more fraught than ever, every failure compounded by the effort put into making things work with a person that we resent even more bitterly for having “wasted our time.” And sure, can time spent enjoying someone else’s company ever be said to be truly wasted? If you’re talking about eventually hoping to get married or have kids (shout out to Mulder!), I think it can. And it was interesting to hear from a male friend who feels the same way.

Another male friend, this one a few years my senior, is going through the same frustrating feelings. About a year ago, he found himself involved with a girl who seemed, at last, like she might be The One: witty, confident, eager to form the kind of lasting relationship that sometimes feels more fanciful than factual to us chronic singles. Things between them progressed very much like things between me and The Big Easy, which is to say quickly, but not alarmingly so. In short order, they made room for each other in their lives, introduced each other to friends and family, started talking about practical plans for the future, like co-habiting (a necessary evil because let’s face it: The Rent Is Too Damned High) and whether they both hoped to start a family one day (they did).

Six months into their courtship, The One went all Big Easy on my friend and suddenly couldn’t be in a relationship. Things ended quickly and, it seemed, for good. Like me, my friend was disappointed and hurt, but he took a relatively broad view of the situation, and they stayed in touch. Recently, they’ve been spending more time together than ever, and this week, he called me to talk about his impending sense of déjà vu, as in: “I think she’s pulling away again.”

As with my brunch companion, the “I told you so”s were unnecessary; rather, it was just plain hard to hear my friend talk honestly about caring for this woman, and hoping that things might be different, and finding that they didn’t seem to be. They’re still talking, but by the sound of it, he’s doing something he hoped not to have to do: closing himself off, disconnecting from her emotionally, and preparing to step away. 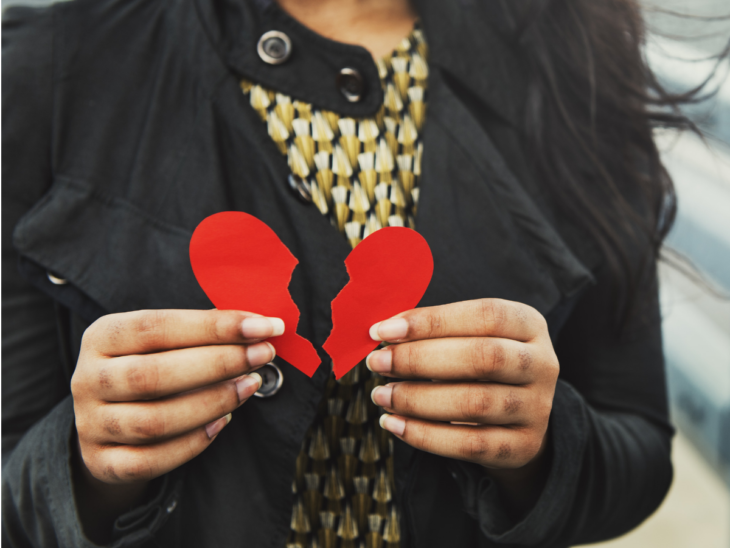 Which brings me to one of my single female friends, a woman a few years younger than me, but emotionally mature beyond her years and unabashedly Capital-G Girly in a way that I simply am not. She cries at Sara Bareilles songs. She painted her bedroom lavender. She spends hours putting on makeup just to meet me for dinner at her corner bar. Some of these things drive me nuts, but she also has an honesty that I envy, a willingness to own her feelings with the same frankness that she owns her likes and dislikes. Over dinner, we talked about my recent relationship and breakup, and hers, and it surprised me to find that she was the first friend who asked me if I was in love with The Big Easy.

More surprising was my own answer, candid perhaps by proximity to her disarming emotional honesty: I was. And, confession time, since occasionally a gal’s gotta bury the lede and reward those who make it to the bottom of the column: we’ve been talking. It started innocently enough, with a couple of texts here and there, him asking me about the name of a wine we enjoyed together or reaching out to let me know that his ill grandmother had taken a turn for the worse. Since then, it has escalated into texting almost every day, a few long phone calls, nothing too serious except for an entreaty from him that we take a shot at being friends. Against my better judgement, I said we could talk about it, but we haven’t.

I can’t say what I hope to have happen here, and I feel like I’m doing a pretty crummy job of navigating the narrow space between protecting myself and being open to whatever might happen. But I’m doing my best to take a page from my Girly friend’s playbook and stay open to what’s in store, even if that means being candid about my (lingering, damn them) feelings and possibly getting hurt all over again. After all, isn’t love always a risk? Isn’t there always the chance – nay, the likelihood – that it will all end badly and leave us wondering why we cracked ourselves open at all? Because at the moment, that seems to be the main thing that my single friends and I (and I include The Big Easy in that group) have in common.

Girl On Girl: Why Gay Marriage Matters To Me