My ex, who I dated for all of six months about three years ago, wants to reconnect. After the breakup, he moved far away to a completely different state and I haven’t seen or talked to him since he horribly ended it by taping a note to my car window. We weren’t together for very long but when we were, everything just seemed right. When he ended it, I was devastated. Well, he recently called me on Christmas Eve to wish me “Merry Christmas” and to ask how I’ve been doing. I’ve been dating someone else for a long time and I consider my new relationship to be very serious. Since he’s called, we’ve exchanged emails and Facebook messages almost daily and have talked on the phone occasionally. He’s back home visiting family and has asked to see me before he leaves. I told him I’d meet him for lunch in a few days, but I’m nervous about seeing him again and I’m worried that my old feelings will come back. He keeps telling me that I’m the last serious relationship he’s had and, since I’m taken, he’s going to have to either wait until I’m “back on the market so he can sweep me off my feet” or be single forever. What do I do? Should I stand him up and take the guilt, or confront my past in all of its not-so-glory-ness? — Second Guessing 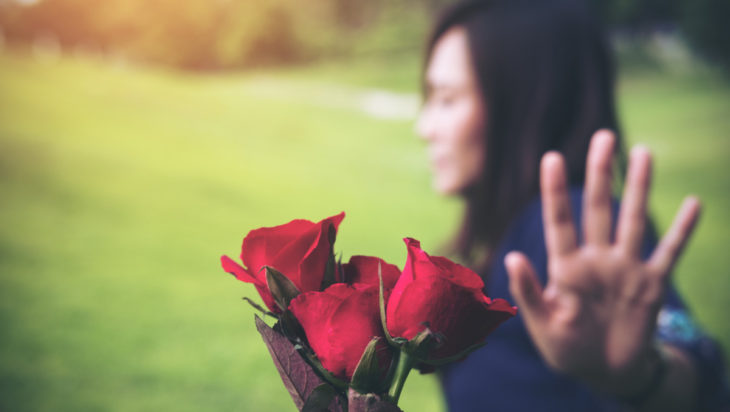 If I could see you in person, I would take you by the shoulders and physically try to shake some sense into you. But since I can’t see you in person and something like that is liable to land me assault charges, I’ll just say this to you and hope you get the message: Woman! What the hell are you doing?! You’re risking the relationship you have now — one you say is “very serious” — for some jerk who dumped you with a note taped to your car?! Get a grip! I mean, I get that long-term relationships like the one you’re in now aren’t exciting on an everyday basis. They can become routine; it’s easy to take for granted what you have. And it’s tempting to give in to a fantasy of someone else, especially someone from your past. You block out the bad things you remember about him, romanticize the good things, and fill in the holes of what you don’t know — what his life as been like since you saw him last — with your imagination.

But you’ve got to snap out of it! That this guy has so little regard for the fact that you aren’t currently “on the market” shows that he doesn’t really care about you. He’s manipulating you! He’s probably bored and was feeling lonely around the holidays and is back in the town where you live and remembered how bad you used to have it for him and thought he’d play some mind games with you for entertainment. Don’t mess up the relationship you have now with this silliness. You’ll feel terrible if you do. Just email your ex and tell him you’re sorry you won’t be able to meet him for lunch after all. You’ve realized that not only would it be disrespectful to your boyfriend, but it’s best to leave the past in the past. 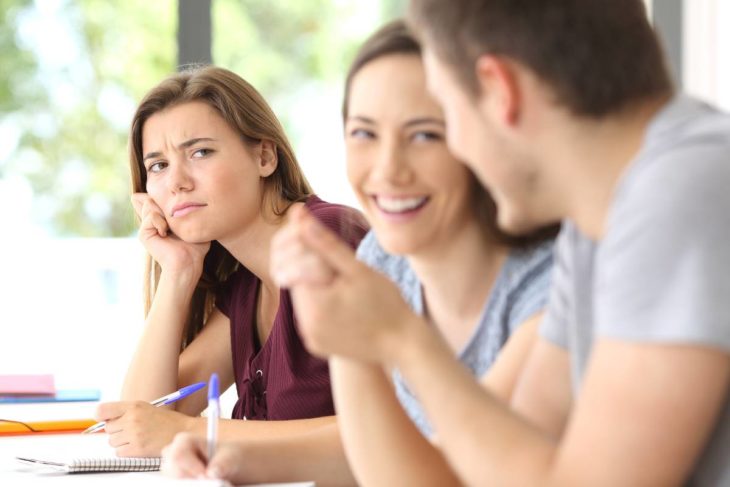 I need your advice. I moved to New York two years ago from a small town in the south. Prior to moving here I went on a few dates with this wonderful guy, Drew. We have stayed in contact since I moved to NY by talking on the phone once in a while and through emails. He started dating this girl, who is significantly older than him, back in March 2019. She is completely wrong for him and everyone in my town is questioning why he is with her and not me. I found out over Christmas that Drew proposed to this girl, which upset me greatly. I had been thinking of moving home soon to be closer to my family. Should I confront him and tell him how I feel or leave it be and be happy for him? — New Yorker

Your friends are wondering why Drew is with this girl and not you? Um, maybe because you only went on a few dates with him two years ago and then moved several states away?? Whether this woman is “completely wrong” for Drew or not is really none of your business and not for you to say. You don’t know what their relationship is like. And frankly, you haven’t said anything in your note that makes me think you’re the right person for him … or that you even want to be with him. If you did, you should have told him sooner. Maybe you shouldn’t have moved so far away. Maybe you should have asked him to move with you. But you missed your chance. Drew’s engaged to someone else, and your best bet is to accept it. If he wanted your true feelings on the matter, he would have asked.

Dater X: With A Little Help From My Friends