Do Something New: Eat Food That Scares You

I grew up with a meat-and-potatoes, South Dakota and Nebraska raised mother. The woman wasn’t exposed to seafood much as a kid, except for canned tuna, and in turn she didn’t expose us to it much, either. One of my sisters developed a taste for it anyway, but now she’s a vegan, so it’s a moot point.

I started getting curious about seafood when I worked in a combination meat-and-seafood department in a grocery store in 2010. Seafood does, after all, have tremendous health benefits. It provides vitamins A and D, phosphorus, magnesium, and selenium; and, as I’m sure any even mildly food-savvy person knows, seafood is extremely rich in Omega-3 fatty acids, which protect against heart disease and stroke. Seafood is a powerhouse, so long as you buy it responsibly, which is no doubt a big concern. 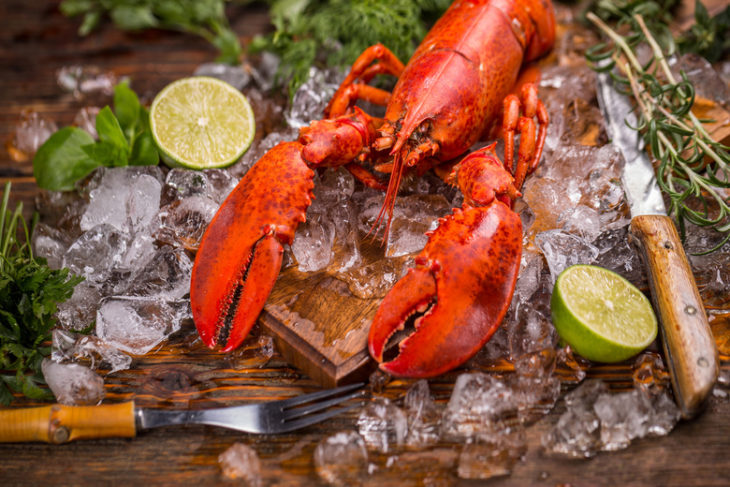 Note that I said that I started getting curious about seafood in 2010. I didn’t try seafood, really, until 2013 – rainbow trout in Austin on vacation, and a sardine salad a friend made for me. After that, I was still extremely hesitant about eating seafood. I mean, the smell, guys. I’ve had neighbors in apartment buildings who were very fond of catfish and left me with catfish-air wafting through my apartment for a full day afterward. And then there’s the texture, and the fact that if you know how to cook beef and poultry there is absolutely no guarantee that it will be easy to master cooking seafood.

I made a promise to myself at the start of this year that I would eat fish once a week, and I think I’ve followed through on that promise pretty well. I’ve been trying to be more adventurous. So, if you’re keeping tabs, it’s been five years that I’ve been interested in but not actually eating seafood on the regular, and it’s only fish, as it stands.

Or, as it stood. I’ve been able do fish because a fish filet looks a little bit like a chicken breast, and the texture isn’t too foreign, and I’m learning to like it. But shellfish? No. I have a badly irrational fear of shellfish and crustaceans, especially. People assume that I object because shellfish are bottom-feeders, but that is the least of my concerns. The fear mainly comes from the fact that lobsters and crabs look like giant, out-of-control sea insects, and shellfish don’t have eyes. The entire shape of their bodies is nightmarish; they’re like pod people who have sensory organs but no sense of vision, who consist literally of muscular tissue attached to a shell. It’s all just very strange to me. “Strange” as in “terrifying.” I’m not sure I want that in my digestive system, really. 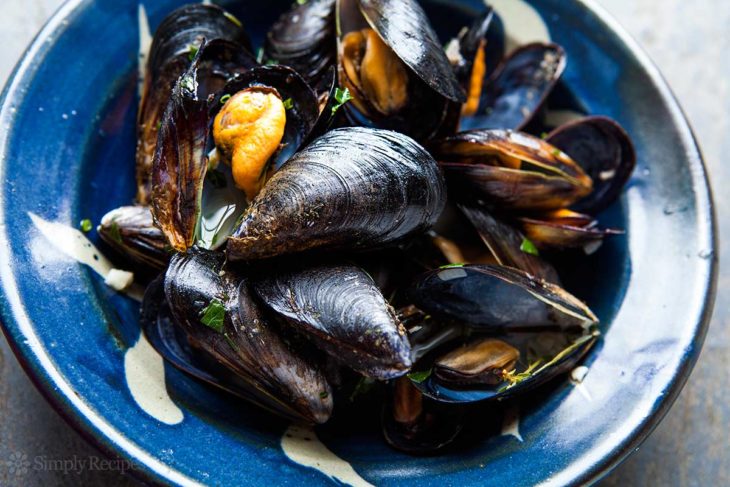 My original goal was to eat lobster, but lobster is somewhat lacking in availability here in Chicago, so I was forced to move down the seafood development ladder to mussels. If I had to do a cost-benefit analysis of eating mussels, it would look like this:

Benefits – You get to eat it with a teeny tiny fork.

Costs – You are scraping an animal’s muscle straight out of its, like, exoskeleton

Frankly, the two just about equal out for me, because scraping a muscle out of an exoskeleton and then eating it is disgusting, but teeny tiny forks are really cute. So, sure. Mussels.

I had them as an appetizer at a meal with my fiancé and his brother and father. I said I’d try one. It was comforting to know that they really do look more like a food object than a mutant hell-alien animal after they’re cooked (as opposed to when they’re alive, which was my last point of mussel reference, back in the seafood department). I thought they’d be harder to get out of the shell than they were. And taste-wise, well, if I like fried firm tofu, and I’ve come to love trout, I can’t really object to the texture or taste of mussels. In other words, it was not a big deal. I think I had six or seven when all was said and done. 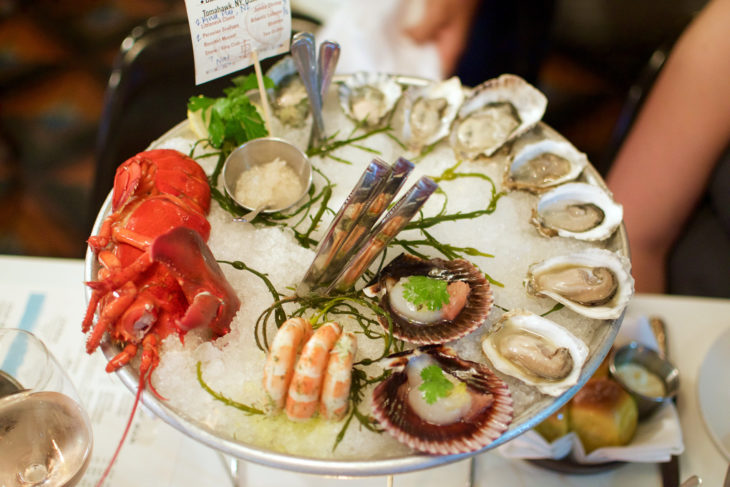 I still haven’t tackled the Scorpions of the Sea, lobsters, and that’s a whole other can of… um, lobsters? But I really liked mussels, and I’d gladly eat them again, or oysters, or clams, or even – maybe – scallops. My fear was unfounded, and I was failing to see the beauty in a well-prepared plate of mussels. Being scared of food seems like something you ought to get over early; and hey, better at 28 than never.

Can Every Business Benefit from a Business Mentor?

4 Factors to Keep in Mind When Choosing Construction Materials