Do You Celebrate Your “Dating Anniversary”?

Ladies and gentlemen, I have a very serious, pertinent issue I need for us to discuss. It’s about anniversaries. Namely, what sort of anniversaries do you celebrate with your significant other and do you have names for those anniversaries? For example, my husband and I were set up by a mutual friend and met in person for the first time on a blind date. Today is the fourth anniversary of that blind date, and for the past few years we’ve always just called this day “our anniversary.” But last summer we got married and now, as our first wedding anniversary approaches, it’s occurred to us that we can’t keep calling May 5th “our anniversary” if July 24th is “our anniversary” too.

I mean, by definition, an anniversary is something that occurs once a year, so you can’t very well have two of them, can you? Now do you see why this is such a serious issue here?I mean, what’s a couple to do, right? We can’t stop celebrating on May 5th! That’s just crazy talk! It’s a special day for us. We’ve always gone out for a nice dinner and we reminisce about that first meeting and how awkward it was for the first hour or so until that second glass of wine started working its magic on both of us. We talk about how, by the end of the night, it seemed clear there was … something there. I lived in Chicago at the time; he lived here in New York. 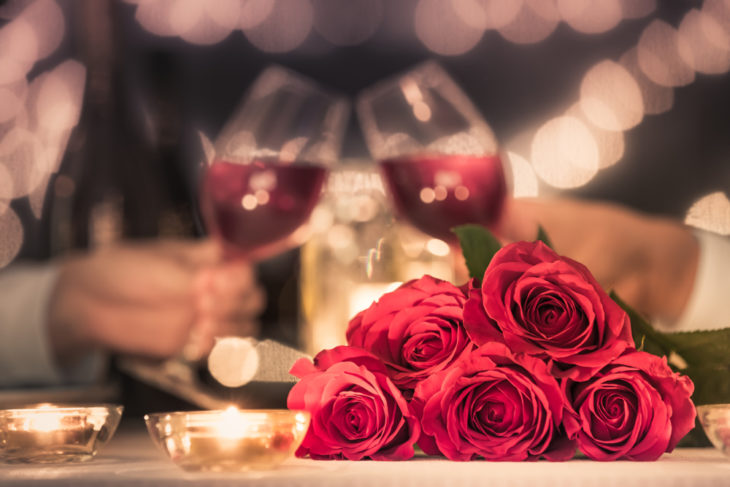 Neither of us had any idea how or if we could make such a set-up work, but we knew there was something special between us, and for that night that’s all we needed. May 5th also happens to be my mom’s birthday and I like the idea of having two things to celebrate on this special day. [Also, it’s Cinco de Mayo! — Editor Amelia] So, as you can see, this can’t not be our anniversary. But neither can July 24th! It’s the day we were married, after all. So, how do we make the distinction? How do you married folk make the distinction?

I told Drew a couple days ago that May 5th could be our “dating anniversary” and July 24th could be our “wedding anniversary.” That makes sense, right? But … does it sound stupid? Do other couples do this? I know, I know; I shouldn’t worry about what other people do. If it works for us, then who cares, right? Speaking of things that work for us, I should give my full disclosure here: Drew and I are suckers for anything worth celebrating. 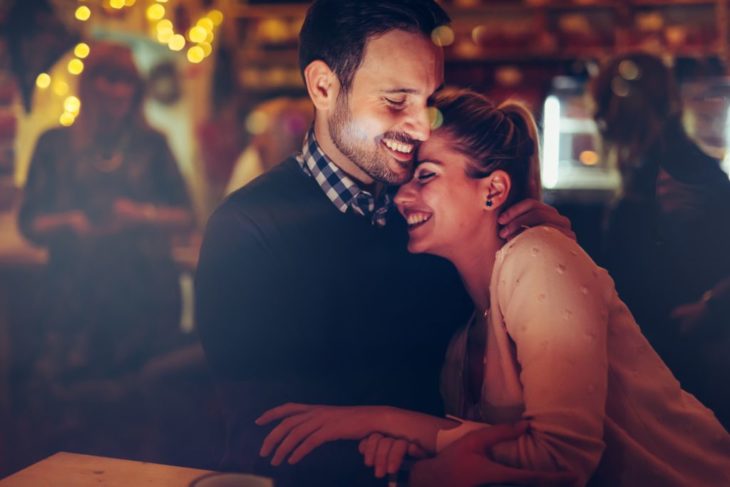 We don’t stop at just our dating and wedding anniversaries; we celebrate the anniversary of the day he proposed (2/6), the first time we talked on the phone (4/20), and the day I moved to New York to be with him (9/30). We don’t exchange gifts or anything — we hardly even do gifts for holidays or birthdays; we made an agreement long ago that we’d rather spend money on experiences together than stuff for each other. But when a special occasion rolls around, we do use it as an excuse to pop open some champagne or go out for dinner.

I guess our relationship is still young enough — and not yet complicated by the arrival of kids and whatnot — that we enjoy all that. Actually, I hope we always enjoy that kind of stuff, but I know how life can sometimes get in the way of our best intentions.

Anyhoo, I seem to have gone off on a tangent here. I guess my point is: life can be hard; celebrate the good stuff. Even if it does seem excessive or frivolous. Even if other people think it’s silly.

Is Life Insurance at 40 a Good Investment?

8 Best Vacuum Cleaner for Hardwood Floor: Who Else Wants These Top Units?