From $3.5b to $3.1b in less than a year, Donald Trump seems to be breaking the news in all directions. At $3.5b net worth according to Forbes, Trump assumed office as the richest ever Us president. He is the first Us president with billionaire status and his net worth put him at #544 in the Forbes billionaires list.

There was controversy when he claimed to have over $10 billion in his campaign but Forbes still affirmed their $3.5 billion value in 2016 the same as 2013 making him nearly 90% richer than Barack Obama his immediate predecessor.

Trump vs Obama and Putin in Office 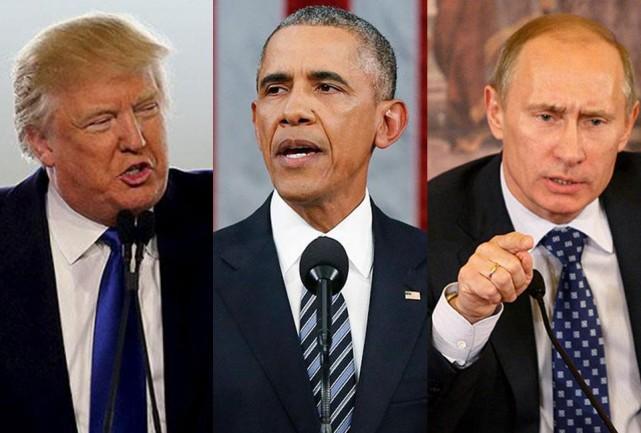 According to Bill Browder, Russia’s biggest international investor and a one time ally of the Russian president, Putin owns over $200b in assets. He believes Putin is the richest man in the world after swindling lots of funds in his near two decades of rule in Russia.

These claims are not backed by any facts except a $1b home, a $0.5b yacht, an annual salary of $133, OOO and a few allowances for the president in Russia. Whether true or false, Putin has become richer than he was in the KGB.

Trump’s power of a deal history is the cause of his affiliation with billions from his days in the show business. He invested in real estate boosting his net worth over the years to about $4b by 2012. He confirmed publicly that he is a billionaire and in no need of the presidential salary.

Barrack Hussein Obama was as the Senator of Illinois was worth no more than $20m when he became president. He had made most of his money from book royalties. His net worth increased considerably after 8 years in office with book royalties still being his biggest earner. However, his deal with Netflix after presidency worth over $250m is set to boost his net worth even further after his term in office.

Net worth after assuming office 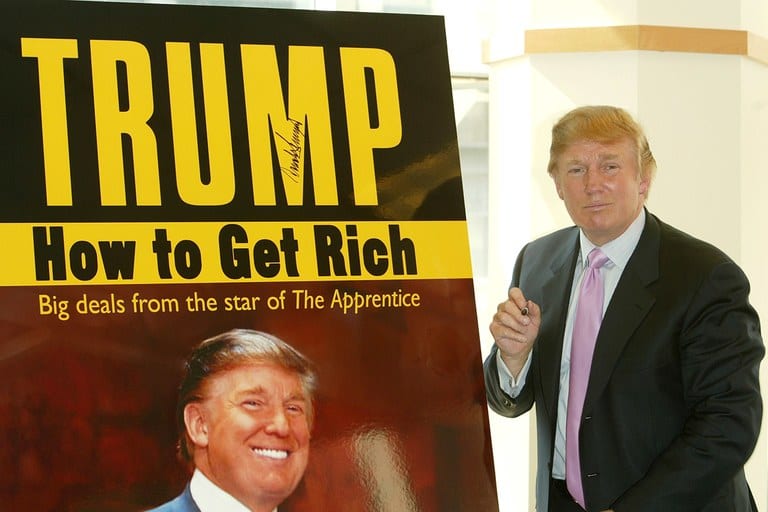 The office of the president reflects in the financials of all presidents. Some gain more wealth while others seem to lose to the office. Donald Trump seems to be one of them. Donald Trump’s net worth has not seen any increase since he took office.

Vladimir Putin is claimed to be the richest man on earth by his former allies and news agencies. No reliable source has ever declared his wealth but his $1b palace and a $0.5b yacht are his known assets that suggest a wealthy lifestyle.

Barack Obama’s wealth increased considerably during his 8-year tenure in office. Obama currently owns over $40m worth of assets from about half of that in 2008. Barack Obama and his family are said to have paid $87, 000 in taxes and $64,000 to charities from their earning while he was in office but he still retained most of his earnings.

The office of the president seems to be Trump’s financial downfall. Us presidents earn an annual salary of $400,000 and you expect this to boost their wealth. Trump said he did not want to take his salary promised to give it to charity. Honestly, it wouldn’t do much in changing his financial position anyway.

The Donald Trump net worth in the office

The office has changed Trump in many ways and wealth is one of them. Forbes declared a net worth of $3.1b in March 2018, just a year after entering the office. A $400m fall in the Donald Trump net worth within a year in office. Forbes associated it with polarization. This may continue while he is in office since the business responds to people.

Trump’s biggest fortune lies in his real estate investments most of which are in New York City. The president owns over $1.5b worth of real estate in the city.

Here is a breakdown according to Forbes a year after Trump assumed office:

1. The Trump Tower: 345m
The most popular piece of real estate owned by Trump. Despite his great affection for it, the store is not gaining much value since it’s the reliance on retail is threatened by online stores. Gucci is the biggest tenant at $21m a year.

2. Niketown on 57th street: $228m
This is Trump’s biggest shocker. The 65000 square feet worth of space has seen a fall in value well over $120m since trump took office. Nike, the former tenants announced their vacation for spring 2018 leading to the fall in its value.

3. 40 Wall Street: $545m
Donald Trump owns a ground lease on the famous tower. He took a deal on the lease of the office space that once belonged to the Philippines dictator Ferdinand Marcos until 2052. It has seen a great appreciation value due to its prime location.

4. 1290 Avenue of the Americas
Trump owns 30% of the office and retail. The management is mainly under his son Eric and business partners. Space has also seen a steady appreciation over the years. The affiliation to Steven Roth is the reason for the good management.

Other real estate pieces under $100m in New York include

Real estate outside New York accounts for about $0.5b of Donald Trump’s net worth. They include:
1. 555 California Street, San Francisco: $347m 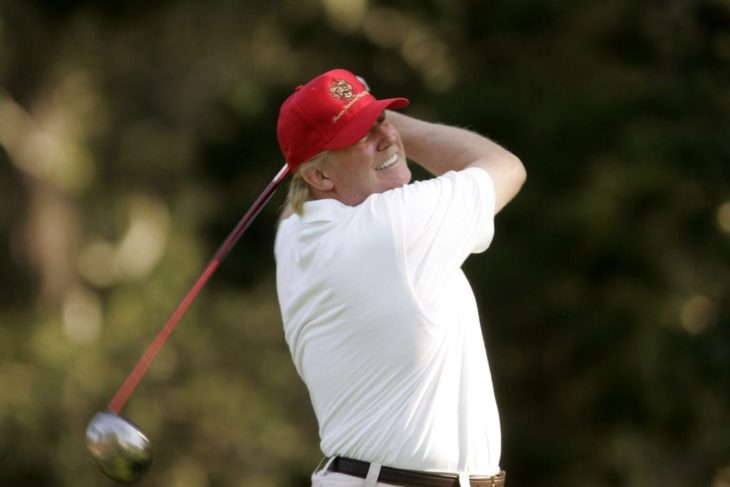 Trump has Golf Courses worth over $560m. After a fall in the value of some courses located in states that did not vote for him, the value may be lower now. However, golf courses located in areas that voted for Trump have seen a great appreciation in value. The Trump Golf Courses include:
1. The Mar-a-Lago and Palm Beach golf courses in Florida: $160m

He also owns Golf courses in other countries outside the united states with nearly $100m in value. They have also seen some huge value depreciation including his Scotland and Ireland golf courses.

The ownership of two major brand businesses also accounts for about $180m which has been hit strongly by political affiliation. The Trump hotel management and licensing businesses were worth $270m when the president took office. A year down the line, the business value was down by over $50m. The product licensing business faced nearly a similar fate.

Liquid assets and cash $290m
Donald Trump invested quite a fortune in his campaigns. It saw a nearly 20% of his liquid assets spent. However, he sold a condo and settled a case court at the Trump University which saw a rise in this liquid assets by about $30m.

His liquid assets include:

. A penthouse at the Trump towers

. An Island home in the West Indies

. His home In Beverly hills

Love him or hate him, Donald Trump is still a great businessman. He is associated with a well off background but not worth as much as he has made over the years on his own. He said his wealth came from his power to make deals with people as a great diplomat.