What You Need to Know About Torrenting – 2021 Guide

Torrenting is perhaps the most enigmatic and notorious of the file-sharing methods that have remained largely unchanged for two decades. Torrenting has been highly popular since its inception at the beginning of the Millenium. Most seasoned computer users have probably at the very least heard of torrents, particularly those who were part of the file-sharing world in the past decade.

The format has since been modernized for added anonymity with decentralized offerings available, and there are dozens of platforms that host links to a wide variety of torrent files today. Torrenting to this day still holds its own, especially when it comes to large files and illegal files.

It is important to deconstruct what P2P technology and torrenting is so that the user ends up with the correct knowledge about torrents, which can either be very useful or very dangerous depending on the specific activity. There will also be useful information below that may benefit even the advanced torrent users among us. 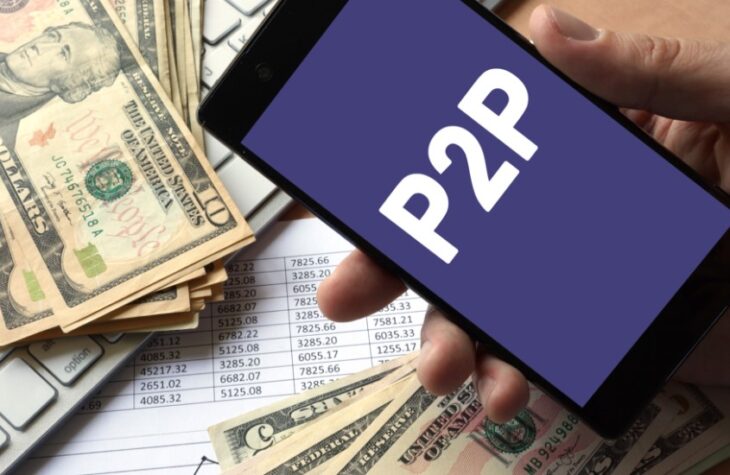 First off, it is important to cover the core data transfer process in torrenting. According to VPNOverview, torrenting at its core is an act of downloading and uploading any type or any number of files using a Peer-to-Peer (P2P) network. Peer-to-Peer transfer technology has a shady reputation, as it has been used over the years largely in the downloading of pirated or illicit material.

Of course, copyrighted music is still widely available on torrent platforms. Although, the P2P protocol is still used for legitimate purposes by corporations and governments as well. For example, Microsoft uses P2P for updates, as do other organizations.

Basically, a P2P network is a chain of computers (peers) of which there can be thousands, that share bits and pieces of data with each other, which means the ability to download and upload files simultaneously between these computers. The traditional way to download files is a one-way path to a server, which differs from the multi-server approach in P2P.

In the P2P world, there are ‘seeders’ and ‘leechers’, the former is the upload of a file and the latter is the download process. The ‘health’ of a torrent file determines how quickly it can be downloaded. Some platforms will display the health of torrents, while others only the amount of seeders and leechers. 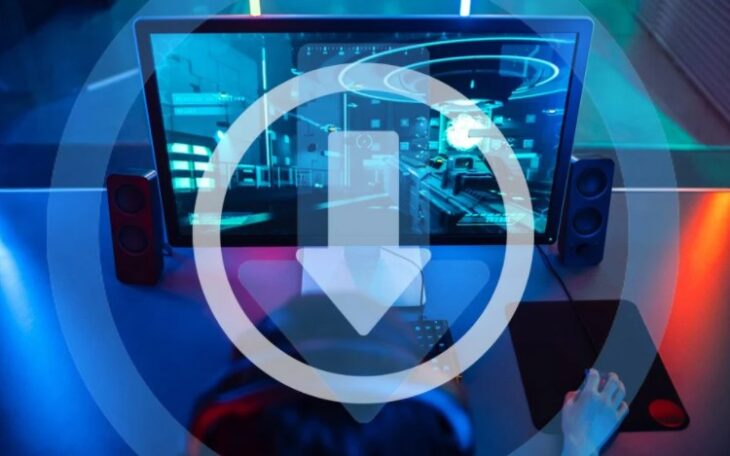 Torrenting (.torrent files) is a unique form of file sharing that utilizes P2P technology and requires a ‘Bit’ torrent client that can be either downloaded as an app or in some cases launched as a web application (such as uTorrent or uTorrent Web.) A torrent file is essentially a bunch of metadata, simply put a small file that points the torrent client to where the data is.

In order to download torrent files, there is a simple three-step process; downloading a torrent client, finding a website that hosts links (or magnet links) to torrent files, and finally simply downloading the files. When visiting a torrent platform, of which there are many, it is possible to see which files have how many seeds (users sharing), because if a file is not available on a computer somewhere then it will not be possible to download it (dead torrent.)

Several notorious torrenting platforms such as The Pirate Bay or Kickass Torrents have been shut down by law enforcement (although they always come back) to stop illegal sharing and reduce the billions of dollars lost in the industry to this practice. Because of illegal torrenting, the film industry, music industry, and tech industry have launched several lawsuits to combat the free distribution of copyrighted material.

Although torrenting on its own is a completely legal process, downloading a torrent that contains copyrighted material is illegal. Some countries even have hefty fines and penalties for doing this, while other countries have no penalty system at all or laws in place to combat illegal torrenting.

A Brief History of Torrenting 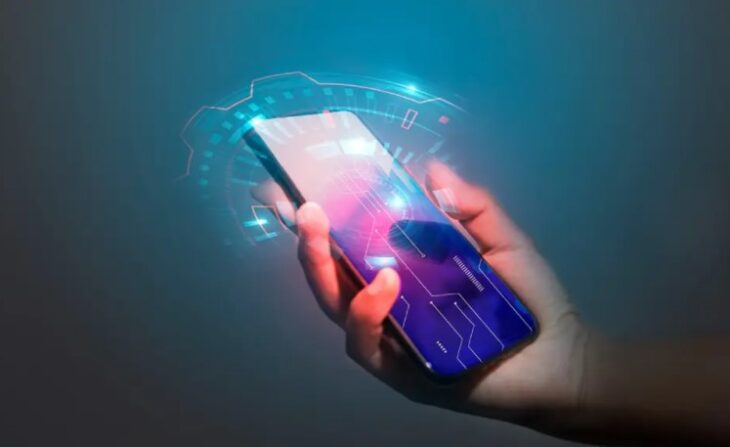 Torrenting arrived a while after P2P technology was introduced in the 1980s. Specifically, in 2001 a new file-sharing protocol was created for more reliable and faster sharing of large files on the internet, at a time when internet speeds were tortoise-like.

The BitTorrent protocol was founded by Bram Cohen in 2001. Cohen also founded the first client to use the protocol, which was called ‘BitTorrent.’ By the mid-2000s, the torrent craze would usher in millions of people to start using torrenting (especially for copyrighted content.)

Because file uploads were not being tracked, platforms could shift, and ‘magnet’ links could conceal the transmission this meant that finding copyrighted or illegal material was and still is, very easy.

The Advantages and Disadvantages of Torrenting 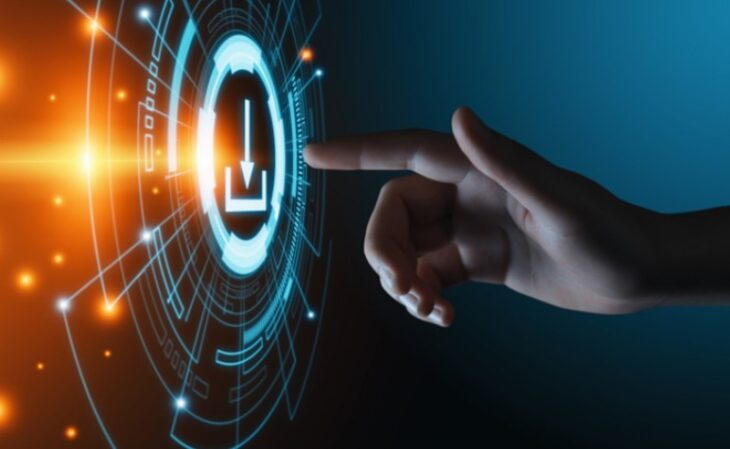 Torrenting is probably the best way to reliably download large files that do not rely on a web browser, as bits of pieces of information required for the specific file can be slowly gathered from hundreds or thousands of other ‘peers’ and ‘seeds’. If a peer is not online, the torrent client will divert to one that is.

Also, downloads do not stop and cannot be interrupted or erased, even if it takes months or years to download a file. Secondly, there are several torrent portals out there that contain links to completely legal files such as; Legittorrents, Vuze, Vodo, Bitlove, and more. Finally, torrenting is also advantageous because the speed at which files are downloaded is always more efficient than traditional browser downloads that rely on a single server (downloading via HTTP, HTTPS or FTP can overload bandwidth.)

Torrenting is very popular with Linux distributions and open source applications and shines especially when large files (over 1GB for example) need to be spread to as many people as possible. Granted, there are many risks related to the illegal copyrighted material torrenting world. There are a few categories to explore, which are; file availability, file safety, other cybersecurity risks, and the ethical dilemma surrounding copyrighted material.

First of all, when a file does not have seeds it is impossible to download the file, as it is no longer being shared by others. Secondly, the files being downloaded are not always safe and may contain malware or viruses, as it is not possible to review large files before they are already downloaded (nor are these files checked by a legitimate party.)

Adding to that, the user is putting him/herself at risk from hacking. Thirdly, when a user uploads or downloads a torrent file, the user’s IP address (location) will be exposed. And finally, it is extremely unethical and illegal to download torrent files as this hurts content creators and the industry.

Whether or not a user uses torrenting for legitimate or illegal purposes is completely up to them, at the end of the day. So far law enforcement has not been able to stop illegal torrent platforms, even after key figures were arrested, so it seems that it is here to stay because of how popular it is. For illegal torrent platforms, the low cost of setup and operation compared to hosting files internally on a client-server type setup is one of the reasons why these sites survive.

Torrenting technology and protocols are also advancing into the ‘decentralized’ era, which is a further step up from concealed ‘magnet’ links. Decentralized torrent projects such as Open Bay, RIVR, and Equabit are but a few examples where torrent sharing platforms are becoming decentralized.

When torrenting in general, it is advisable to use a premium VPN or Virtual Private Network that will most importantly obfuscate the IP location of the computer doing the torrenting (although downloading copyrighted material is not recommended.) Having good antivirus and antimalware utilities installed with real-time scanning abilities will also take care of any infected files downloaded via the BitTorrent protocol.

Tips on Proper Use of Gradients in Web...

Can You Wear Linen Clothing All Year Round...