Everything You Need to Know About Cuckolding

Western, puritanical values have informed almost every aspect of our daily lives. Although many people nowadays do not consider themselves religious in the traditional sense, it’s hard to deny the influence of long-held Christian values on our everyday lives (at least in the Western world).

The one aspect of our lives that we often deny is rooted in religion (but actually turns out to be perhaps the most influenced by our shared cultural values) is what goes on in the bedroom. The idea that “one man and one woman” is the only way to get down is 100% a byproduct of the Judeo-Christian belief systems—and I know this because 1) Romans and Greeks were wild, 2) polyamory, sexual fluidity, and other alternatives to heteronormative monogamy are hugely appealing to many, and 3) cuckolding is one of the most popular fetishes around (and has been for a long time)

So, what is “cuckolding?”

On the surface, it’s getting off on the idea of your committed partner having sex with someone else while you stand by, unable to participate.It’s a bit different than “liking to watch” or other sexual activities that center around voyeurism, in that the turn-on for most people who enjoy being cuckolded is the humiliation that accompanies the experience—”being fully aware that the sex is happening, but unable to participate,” as Rebecca Reid puts it in an article for MetroUK.

They were used as far back as Middle-English (first known use is 1250 CE) to refer to men and women respectively whose spouses were adulterous—without their consent, of course. The evolution of the terms become fairly obvious after that, as… Well, that’s what the fetish is: getting turned on by watching (or hearing about) your significant other committing adultery.

Although the fetish has been around for a long, long time, the visibility of this type of sexual act has tangibly increased over the past few years. It’s even shown up in some television shows (notably on the recent season of You’re The Worst)! 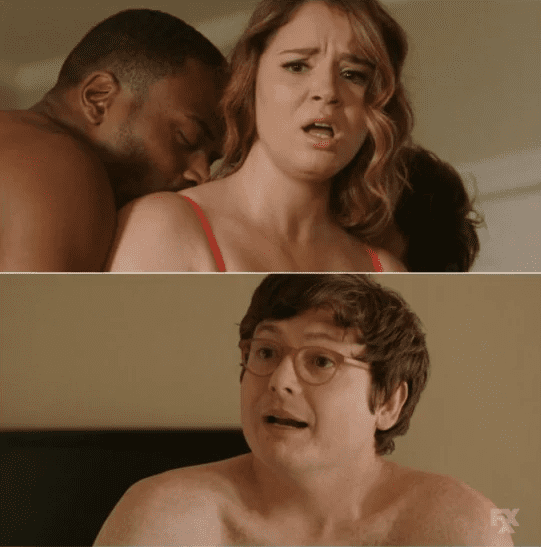 So, why is cucking gaining popularity and visibility?

Spoiler alert: it’s not because of the feminists making men weak as many “mens’ rights”  activists (LOL) would have you believe.

While she can’t reveal too much, Mistress Scarlett assured MetroUK that the renewed visibility has nothing to do with actual changes in sexual desires.

“This fetish has been around for as long as people have been having sex. It’s got nothing to do with a lack of masculinity. In fact most of the men I see who want this kind of humiliation and control are hugely powerful in their day-to-day careers.”

She also emphasized that plenty of women also engage in cuckqueaning, so to imply that it’s a men’s only fantasy is to misunderstand the basic appeal of the experience.

She explains that, rather than feminism breaking down “masculinity,” the popularity of cuckolding fantasies indicates a positive turn towards more openness in the bedroom between partners, no matter their gender or kinks. Mistress Scarlett actually credits 50 Shades of Grey with our modern willingness to explore different aspects of our sexuality.

Anyway, there you have it. Cuckolding is the newest-oldest thing to try in the bedroom. I don’t know if I would try it, but seriously, human sexuality is super interesting and, so long as everyone is a consenting adult, go forth and play out whatever fantasies you’ve got.

5 Things To Know About Gaia Weiss