Hooray for the shy and insecure! As it turns out, eye contact isn’t always as powerful as we thought. A new paper in the journal Psychological Science says that eye contact can actually make you less persuasive to others.

Researchers Frances S. Chen and Julia A. Minson studied whether eye contact is persuasive by determining whether college students would be more likely to agree with a speaker after looking into their eyes. Participants were asked where they stood on major controversies, and then asked to watch online videos of people arguing for or against those issues. Those who agreed with the speaker’s stance before even watching the videos spent much more time looking into their eyes, almost as if they were bonding with them over their shared opinion. Of the participants who disagreed with the opinions in the videos, those who made more eye contact with the speakers were less likely to change their opinion or be persuaded by the speaker’s ideas. 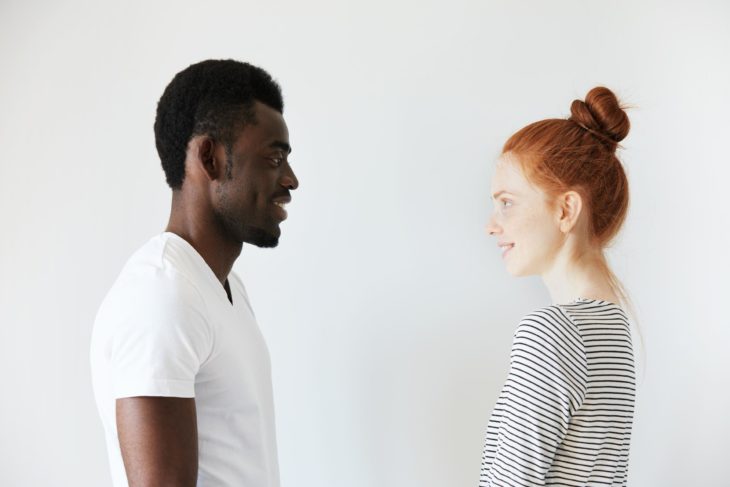 In another experiment, Chen and Minson only showed participants videos that they would disagree with, and asked the viewers to either focus on the speaker’s eyes or mouth through the whole video. The participants who looked at the speakers’ eyes were once again less likely to be persuaded to change their stance compared to those who stared at the speakers’ mouths.

So what gives? Weren’t we always taught in public speaking classes that eye contact is what it’s all about? Well, not really: people may subconsciously feel like eye contact asserts dominance — as if you’re not really making decisions for yourself, but rather being told what to think. And too much eye contact is also just plain creepy. 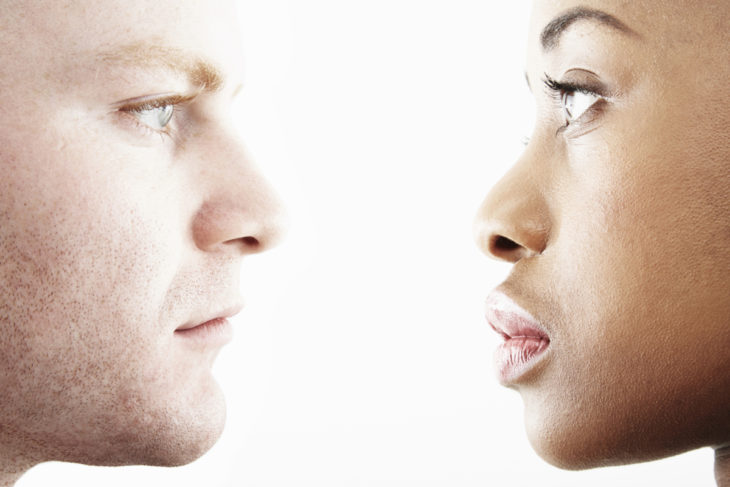 In short, don’t look someone in the eye if you’re trying to change their opinion! I have this hang-up where whenever I’m in a conversation where I think eye contact would be inappropriate, I don’t know where to look instead. At the person’s mouth? That feels awkwardly sexual. At the wall behind them? Nope, feels rude. At their hairline? No, that’s weird too. If anybody has the answer to that one, I’m all ears … just not all eyes.

Texts With My Straight Single Dude BFF: On Fuck Buddies & Being Ready