The Most Iconic Film Locations to Visit by Yacht Charter

Regardless of whether it is fictional, a good movie can transport its viewers to any time or place, often leaving us wanting more. Luckily, some of the locations used in your favourite films can be visited and experienced in person. On a yacht charter, you can visit these spectacular locations seen on screen. Whatever your preferred movie genre, hop from island to island, and immerse yourself in your favourite movie sets.

If you’re wondering which iconic film locations to visit by yacht charter, then keep on reading. From the famed Thunderball Grotto in Exumas to the emerald seas and quaint fishing villages of Greece, there is no shortage of stunning movie backdrops to visit.

Cruise back in time 66 million years ago to when the dinosaurs walked the earth. Drop anchor in Maalaea Bay on the west side of Maui and visit the beautiful island home to Steven Spielberg’s 1993 film Jurassic Park. Hawaii served as the setting for the majority of the film, with the Garden of Eden Arboretum and Botanical Garden making an appearance in the opening sequence of the film. One of the most incredible stops along the Hana Highway, is the 25-acre park featuring more than 500 extraordinary and rare botanical specimens indigenous to the island, including a century-old mango tree and the largest collection of purple Ti plants.

You can also venture up to Upper Puohokamoa Falls inside the garden to visit the native animals or visit the impressive dormant volcano Haleakala. The highlight, however, is the lookout point, which features the iconic Keopuka “Jurassic” Rock. If you have time on your Hawaii yacht charter, visit the islands of Oahu, Molokai and Kauai for more Jurassic park filming locations.

In Fiji, at the western end of the archipelago of the Mamanuca islands is the small uninhabited island of Monuriki. Just 1 km in length and 600 meters in width, this volcanic island was featured as the anonymous island in the 2000 Robert Zemeckis film Cast Away, starring Tom Hanks. Bordered by coral reefs, stretches of coral sand, pine forests and cliffs of volcanic rock, it is difficult to not feel like you are a star on a movie set.

Step away from the comfort of your luxury yacht charter and immerse yourself in secluded island life. Just you and the company of the native wildlife, sit under the pandanus and coconut trees and watch as the Fiji-crested iguanas roam and the sea turtles nest. From November to April, expect to snorkel the gin-clear waters alongside four species of sea turtle from Loggerhead’s, Green sea turtles, Hawksbill and Leatherbacks. Monuriki is beautifully scenic and a must-see on your next yacht charter.

Located in between two of the most visited destinations in the Exuma Cays – Big Major Cay and Staniel Cay, dive into the world of James Bond with a visit to the Thunderball Grotto, an exquisite underwater cave network. The Thunderball Grotto has been featured several times in Hollywood films, first appearing in the 1965 blockbuster 007 movie, “Thunderball” and then again in “Never Say Never” in 1983.

As you swim closer to the rock formation, hidden entrances open up to a hollow formation with natural sun holes and glistening coral waters inside – making the destination a striking haven for avid divers and snorkelers. Bursting with hundreds of exotic species of fish and brightly coloured coral underneath, the cave tunnels are illuminated by spotlights reflected around the hollow centre, making it a colourful and hypnotic experience. To enjoy the Thunderball Grotto in true Bond form, visit the caves at high tide. During these times, divers can make their way through various tunnels and for the most relaxed snorkel, take it easy in the open water pool.

Possibly one of the most iconic locations for movie buffs, Ao Maya Bay, an island off mainland Ko Phi Phi, Thailand is home to the iconic Leonardo DiCaprio film, The Beach. Boasting three beaches – the longest of which is a 200-metre-long stretch of powdered sand – the luminous lagoon is sheltered by 100-metre high cliffs throughout, and surrounded by waters that are thriving with iridescent coral and schools of tropical fish. Walk through the dense forest in the centre of the island to the different beaches, each one being completely unique. Jaw-droppingly beautiful, stay on a yacht charter and enjoy some of the world’s best dives and snorkel hot spots.

Alternatively, why not get in touch for a yacht charter aboard luxury film star yacht TCB, which featured in the romantic comedy Fool’s Gold.

Just as idyllic as it is on screen, the Greek Sporades islands of Skopelos and Skiathos is home to the hit show Mamma Mia!. Spend the day strolling through warm, dusty streets alongside whitewashed houses and bougainvillaea climbing plants, both equally as stunning. For a more authentic Greek island, Skopelos offers a rugged and less urban feel, boasting fabulously quiet beaches. Immerse yourself into the life of a musical on Glysteri beach, a gorgeous protected cove with emerald green waters and Kastani, a cliff-lined stretch of sand to the west.

Upon your movie tour, visit not only the smallest harbour of the Sporades but also the place where Harry (Colin Firth) and Sam (Pierce Brosnan) anchored their boat during their dramatic entrance scene. Alternatively, climb the steep but romantic steps to the lovely church in Skopelos set at the top of a large rock. Moor up at sunset for the most charming setting at the top.

Cruise the Mediterranean in true Mamma Mia! from aboard a luxurious superyacht, with ample leisure activities onboard, elegant comfort and beautiful sun decks, you’re guaranteed to feel like you’re in a movie.

For movie-buffs looking for an alternative to a remote tropical island on your yacht charter, cruise along the coast of New England to the fictional island of Amity on Martha’s Vineyard. Famed for being one of the greatest movies of all time, Steven Spielberg’s Jaws filmed most of its scenes in this quaint fishing town off the coast of Massachusetts. While you certainly won’t encounter any sharks, take a stroll along the shorelines of South Beach, rent a bike through the delightful streets lined with picket fences and wooden clad cottages and enjoy some spectacular seafood at the local restaurants along Vineyard Haven Harbour. Be sure to take plenty of photos outside Brody’s House, the Amity police department and the lighthouse.

For those looking for dramatic backdrops, thrilling adventure and baron landscapes, cruise up to Reykjavík, Iceland. Iceland is no stranger to the silver screen. Its volcanic terrain, rugged mountains, blue lagoons and dramatic weather make for the perfect backdrop for the incredibly popular HBO series Game Of Thrones.

Moor up in Reykjavík just outside of the old harbour, which is capable of berthing some of the world’s largest yachts. From here you can venture on dry land to visit the various spots used to portray the icy stretches past the Wall at the border of the Seven Kingdoms. If you are an avid fan of the show, you will recognise that many of the scenes were filmed on the Vatnajökull glacier at the centre of the island and the Thingvellir National Park. Another significant highlight is the glacial plains of Höfðabrekka as the ‘Frostfang Mountains’ from season two as well as Grjótagjá, a spring cave near Lake Mývatn. With so many Game of Thrones sights to see in Reykjavík, be sure to select your favourite spots in advance. 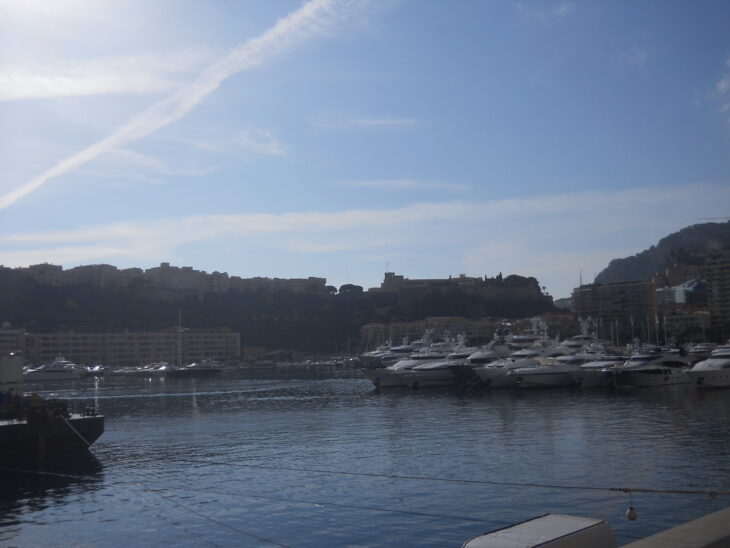 Feel like the main character in a hit Hollywood movie sailing around the glamorous sights of Monaco on a superyacht. The Netflix film starring Adam Sandler and Jennifer Aniston, Murder Mystery has created great excitement for those on yacht charters. With dozens of locations to see, drop anchor off the Monaco coastline where the opening scene was set, or recreate the dramatic helipad scene aboard your yacht charter. If you have time, head up the coast to Milan in north Italy to visit several shoot locations from the Porta Venezia, where the film crew shot the Monaco-Grand Prix scenes, and visit the Hotel Principe di Savoia, where the night in Monte Carlo was based. Better yet, movie fanatics can now charter the ulta-modern superyacht used in Murder Mystery, Sarastar for the full Hollywood charter experience.

If you’re looking to find out more about visiting any of these iconic film locations by yacht charter, get in touch with a luxury yacht broker to book the ideal charter experience.

How Utility and Outdoor Wagons Are Great for Any Place?