Former FDA Commissioner Scott Gottlieb published an op/ed in the Wall Street Journal this week, titled “The FDA’s Challenge on E-Cigs.” In it, Dr. Gottlieb strikes a reasoned balance between keeping both traditional cigarettes and e-cigarettes out of the hands of minors, while still preserving e-cigarettes and vaping as an option for those who are seeking a smoking cessation device.

He rightly opens his op/ed with concerns over preventing minors from using e-cigarettes, but also appropriately raises the issue which many anti-smoking activists refuse to face: E-cigarettes are widely recognized as a valid smoking cessation tool and should be preserved as an appropriate alternative to smoking.

According to Dr. Gottlieb, The FDA has a serious obligation to reduce death and disease from tobacco and to also take action to prevent youth from smoking. Throughout his tenure, his strategy was to encourage smokers to quit by presenting alternative forms of nicotine delivery, which do not carry with them the same levels of toxins and carcinogens. He has always presented such tools of nicotine delivery as a spectrum, with combustible cigarettes on one end and representing the most dangerous form; with nicotine gum and patches on the other end of the spectrum. He places e-cigarettes and vaping more in the middle of that spectrum.

Dr. Gottlieb and many others in the medical community have long acknowledged valid scientific research, including research from the FDA, which shows that vaping produces fewer toxins and carcinogens than combustible cigarettes, and produces fewer health risks. In a study in the New England Journal of Medicine, adults being treated for smoking cessation were presented with either nicotine gum or a more traditional cessation aid, or e-cigarettes. The e-cigarette recipients were less likely to revert to combustibles than those who used patches or gum. According to an op/ed on Vapor Authority, an American Cancer Society statement has also lent credibility to the argument that vaping or e-cigarettes are “accessories to the [anti-smoking] cause, not impediments.” 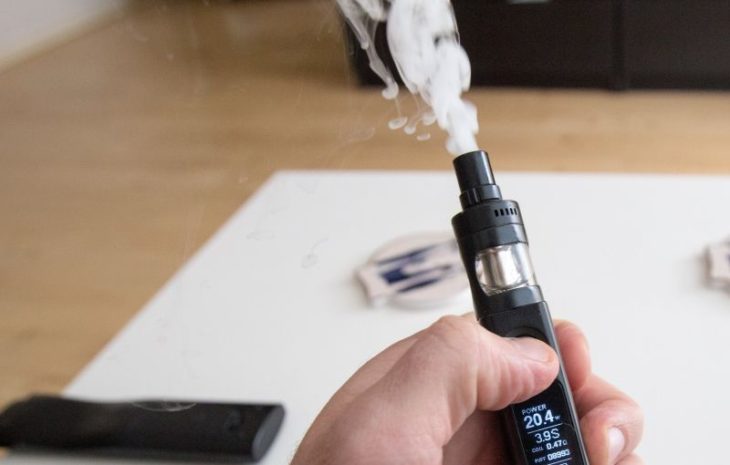 Source: The University of Melbourne

During his tenure, Dr. Gottlieb had also issued a controversial, though realistic statement in November 2018, which surprised the industry, which had expected the FDA to issue a complete ban on flavored and metholated vaping products. According to that FDA statement, not only is Dr. Gottlieb acknowledging vaping as an “alternative to cigarettes for adults who still seek access to satisfying levels of nicotine, without all the deadly effects of combustion,” he also acknowledged that flavored or mentholated vaping “may be important to adult smokers seeking to transition away from cigarettes.”

In pursuit of a goal of making vape devices accessible to adults, Dr. Gottlieb also proposes an innovative approach to licensing. Currently, smaller vape shops which manufacture their own liquids in-house are facing increased scrutiny and a need to obtain licensing that is nearly impossible for a small business; in his Wall Street Journal op/ed he proposes that smaller shops be allowed to band together to file a common application for approval, so long as they follow common manufacturing processes. This common-sense and small business-friendly approach to licensing adheres to the spirit of FDA regulations to meet public health standards, while still acknowledging small business concerns over regulation. 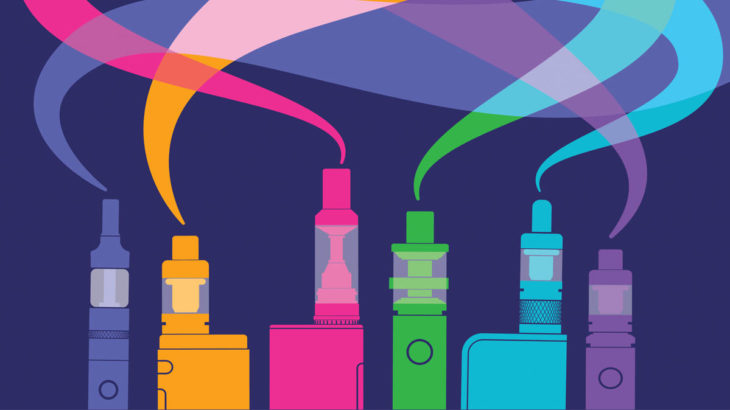 Keeping combustible cigarettes, e-cigarettes and vaping out of the hands of minors must continue to be a priority for the FDA. But in so doing, we must also preserve vaping as a less harmful alternative to smoking, which those who wish to move away from toxic cigarettes can use alongside other smoking cessation devices.

Smoking combustible cigarettes by far occupy the most dangerous place on the nicotine spectrum, and any tools that can be used to get people to move away from combustibles should be acknowledged, including vaping.

How to Throw Cigarettes Away – 2023 Guide

How To Choose The Best E-Liquid?