… because what is more obscene than feeding your hungry children?!  I mean, UGH.

I am being hyperbolic; the comedy site Funny Or Die was not. Comedian Ahna Tessler is a breastfeeding mama of twins and she submitted a skit of herself, which incorporated the breastfeeding, on Funny Or Die. The short skit called “Leah Got A Job” is about a woman who just got hired as an art teacher even though she hates children — and while she’s bitching about kids, the camera pans down to where a baby is latched to each boob. It’s shocking only because seeing a woman breastfeeding her child on camera is shocking — after two seconds of shock, it’s just “oh, she’s feeding the kids.” The video isn’t even that funny. Overall, it’s not a big deal.

At least, not to me. Funny Or Die thought differently. According to The New York Times, Ahna Tessler’s video was flagged as “obscene” — perhaps by a moderator — and not published. But what’s really a headscratcher is that her previous Funny Or Die videos were all taken down and her account with the site was suspended. 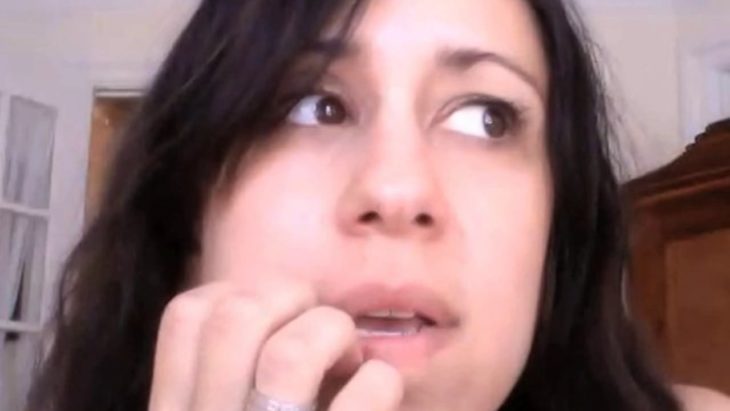 Ahna reached out to Funny Or Die though a public area of the site asking what was going on.  A site administrator responded, “Sorry, but your latest video got flagged as obscene, and we removed your account in response.” Ahna then replied she “had no idea you couldn’t swear” on Funny Or Die. The site administrator then responded, “It was the breast feeding video, not swearing.”

If that’s not enough to make your head explode, press reps for Funny Or Die submitted this statement to The New York Times:

“Funny Or Die supports breast feeding in all forms, especially among consenting adults. ”

A statement from Funny Or Die’s VP of engineering to the Times was far more eloquent and thoughtful:

“We get a lot of content uploaded. A first-time uploader with a short video of breastfeeding can easily get mistaken for a spammer, which is a constant issue for us. It doesn’t have to be obscene to get taken down — anything that looks like spam or not in the spirit of the site can be removed. With the volume we have, and to protect the site and our users, we have to err on the side of caution whether it’s obscenity, advertisements, spam, or copyright concerns. We’re always happy to reconsider any decisions, and of course, we apologize if she felt she wasn’t heard. We are in the process of reinstating the account and apologizing to the uploader.”

Funny Or Die also reinstated Ahna’s account and her videos following the inquiry from the Times.

I can understand the “err on the side of caution” logic — at The Frisky, we make those sorts of judgment calls every day when comments are flagged — but I question Funny Or Die’s operating definition of “obscenity” and particularly their application in this instance. Really, it’s flat-out hypocrisy: Funny Or Die markets itself as an 18+ audience and, the Times notes, often posts “R-rated movie trailers and other bawdy content.” The Times even found other videos that show naked boobs (presumably non-breastfeeding ones) and a naked dude’s junk.

The problem is not just hypocrisy, though. It is that the definition of “obscenity” varies based on what a culture stigmatizes and large swaths of America apparently still consider breastfeeding “gross.” (Even, I should note, on a humor site where one would think even something “gross” would be funny.) New moms get scolded for breastfeeding everywhere from public pools to the Smithsonian museum to McDonalds to courtrooms. (And they even get scolded by Kim Kardashian, who should not be throwing stones at anyone.) Why breastfeeding is still stigmatized in a culture that’s more than happy to sexualize breasts, I don’t understand. And I hate to be that feminist bleating about how breastfeeding boobs are natural, not obscene … but here we go.

You know, every time there’s some new kerfluffle about how the comedy community (which I realize encompasses a wide range) is anywhere from unwelcoming to hostile towards women, my mind goes back to crap like this. I’m glad to see Funny or Die see in the error in their ways — hopefully it doesn’t happen again.

The Soapbox: On The 39th Anniversary Of “Roe Vs. Wade”