Unfortunately for all fans of Game Of Thrones, Season 8 is still in the making and won’t be coming out soon. Just like many viewers of this, one of the most iconic TV Shows ever, we are eager to find out more about in which direction the story will go, especially when it comes to the fate of Daenerys Targaryen. According to many well-informed fans, it seems that the faith of the mother of dragons isn’t all that nice.

The last episode of the seventh season was aired in August of the last year, and the sequel of the story will be launched in 2019. This is definitely the longest break, and it offers a lot of space for various speculations, something that many used to showcase their theories on what the final season will bring.

When it comes to Daenerys, there are predictions that she will not make it to the end of the season. One of the most recent polls suggests that she will die in childbirth as a total of 30% of voters agreed with that option. This definitely is one of the directions in which the story could go, especially if we take into consideration that Jon Snow and Daenerys were romantically involved. Even they are related, this could easily happen, and we already saw a few cases that had a similar outcome (Jon’s mother is one of those).

While most fans would want for her labor to be as safe as possible, there are no guarantees that she will survive the childbirth as we know the GOT universe as one of the cruelest. Second in line, with 27% of votes is the path in which The Mother Of Dragons takes the Iron Throne, something that most fans would be thrilled for. An option that received 19 percent of votes is the one in which Jon Snow kills Daenerys. While we can agree that something crazy would need to happen for Jon to do that, we did see a lot of unexpected twists in the series. 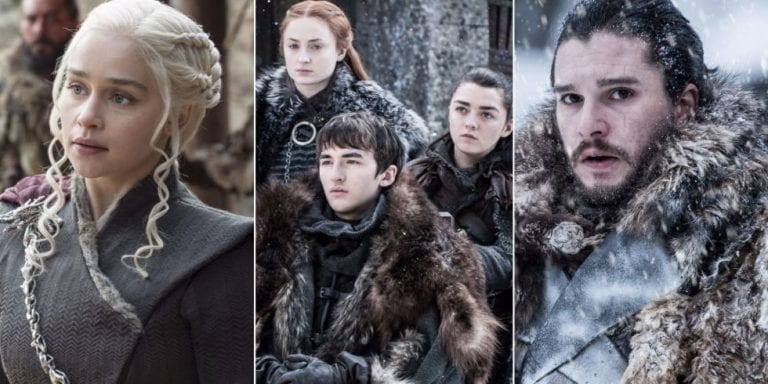 Another theory regarding Game Of Thrones Season 8 suggests that Viserion, ice dragon that now answers only to the Night King, could be the one to burn his “mother.” There is no doubt that ice dragon will have a huge role in the upcoming battles, and his ultimate “wrongdoing” could be this, and it was supported by 13 percent of people. It is interesting to say that only 6% of people voted for the option in which Cersei Lannister kills her. This is interesting since we saw that she is one quite capable individual.

Last in the line of the plot possibilities with 5% is the Tyrion Lannister that could kill his new leader. This is quite hard for us to support simply because he said so many times how much he loves her. On the other hand, do you remember that he did kill Shae who he loved, but decided to end her after she had an affair with Tywin Lannister, his father.

These are some of the most popular theories when it comes to the faith of Daenerys Targaryen. Have in mind that there is some madness in her family tree with Aerys II Targaryen, aka The Mad King. If she turns and somehow follows his path, some of the characters that pledged their allegiance to her might conclude that Daenerys Targaryen is too dangerous to rule the Seven Kingdoms. Season 8 of Game Of Thrones will be epic no matter how this ends.

Decode My Dream: My House Is On Fire!