I know in the past we’ve had our fair share of arguments, disagreements and maybe even a few bloody battles. I’ve probably called you all misogynists a few too many times and I know I often say things are easier for you than they are for the ladies. Sorry. I know it isn’t your fault that men tend to make more than women. And you, personally, are not responsible for the obsession with size 0 gals nor is it your fault that we’ve never had a chick president. I’ll admit: I hate on you guys a lot for no reason at all.

But, recently, I’ve come to appreciate you fellas and your trials and tribulations a whole lot more. Now, I know what you’re thinking. You think this is all tongue-in-cheek. You think I’m putting up a front, making fun of you. But seriously, man, I get it now. And what, you ask, has opened my eyes to all your pain and suffering? 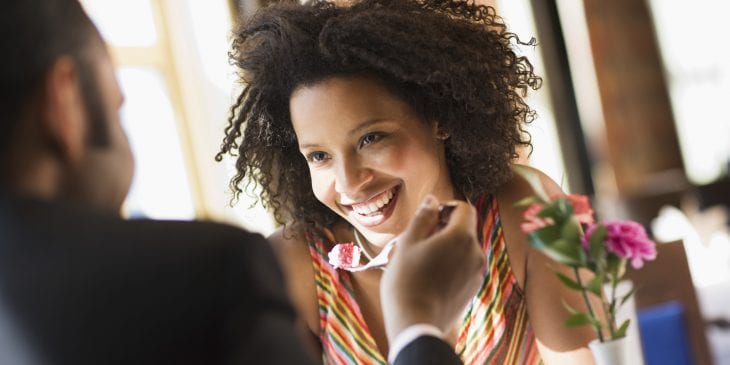 I’ll be the first to admit that we women are strange creatures. Being a girl makes it a tad easier to understand my female friends and colleagues. However, this rule does not hold when it comes to having a girlfriend. Sadly, being a woman and dating women does not give me as much of an advantage as I had hoped. I can only imagine how difficult it is for dudes – like learning a foreign language that changes constantly. You have to interpret long sighs and furtive glances, remember obscure dates and deal with the inevitable “everything’s fine.” I, at least, speak the language. Sort of.

Whenever my ex-boyfriends and I got in a fight we’d have a little discussion or argument. Sometimes I would hold on to the negative feelings, but my boyfriends usually didn’t. Not only do women seem to hold a grudge longer, but they also make you coax their emotions out of them like a freaking snake charmer. I love my girlfriend, but she never tells me what her problem is right away. It’s always very obvious when something is wrong. I can hear it in her voice. But when I ask her what’s up, the answer is always “nothing.” I know it isn’t nothing, so I push and pull and prod until I’m fairly limp with exhaustion. After, oh … hours, maybe, if I’m lucky, I get a teeny, tiny glimpse of what’s going on in her head. I know when I hear, “Well, it’s just …” that I’ve finally gotten her to budge an inch. Getting her to budge another inch, well, that’s another matter.

I know all women aren’t like this and I don’t want to offend anyone by stereotyping. But, from my limited dating experience, I have learned that women are less forthcoming with their emotions than men. Gals tend to hold on to things longer and they do so with an iron grip. Guys will throw their problems at your feet like a heap of dirty laundry. It’s usually pretty easy to clean up the mess because dudes actually want to move on.

Another thing I’ve come to appreciate is the patience men have in the sack. I mean, seriously, why is the clit so hard to find!? I have one; I know where it is. Why does it constantly elude me on another person’s body? Sometimes I feel like the thing is playing games with me. And why does what a woman wants change constantly? One minute it feels good, the next it hurts. Then it feels good again. No, go back to that spot that I always hate when you touch. Yeah. No. Yes! Yes! No! Often, my girlfriend is shaking with ecstasy one minute and barking instructions at me like a drill sergeant the next. Making a girl orgasm is like putting together furniture from Ikea. No matter how carefully you follow the instructions something always goes wrong. Hats off to you dudes who have been doing it – and doing it well – for years.

Women are not, as the cliché goes, delicate flowers but dense rose bushes. Underneath those sweet-smelling, soft red flowers are thorns. If you just grab for a rose, even if it looks like it wants to be picked, you’ll walk away with a bleeding hand. Proceed with caution. Find a spot where the thorns are thinner. Be gentle, speak softly. After a few tries, maybe, just maybe, you’ll be able to get that dangerously beautiful flower to budge a tiny bit. You can’t take it home just yet, but maybe you can get close enough to try.

Hats off to you guys who make picking roses look easy.

Why was Brad Pitt at Jennifer Aniston’s birthday party?