So uh, don’t freak out, but I was pregnant and had to have an abortion last weekend.

Yes, yes I know, my uterus is ruled by Murphy’s Law.  Patrick and I both thought it was pretty funny, in that “oh, life” way, when it occurred to me a few days after I missed my period why I wasn’t bleeding.

Being first-trimester crazy (I have fits of horrific rage, I get depressed, I can’t sleep, I can’t concentrate) has made everything more difficult these last couple weeks.  Having an abortion is really not that big of a deal, but it would be even less of a deal if one were not suffering from over hormones when it’s all going down.

I didn’t really waffle at all on it.  Patrick and I are both exhausted.  When we are at home dealing with the kids, someone constantly needs something (or many people need things at once), and then there’s cleaning up after four kids, etc.  We already should do more for our kids than we do.  There is no way we can deal with another pregnancy or baby on top of one-year-old twins, two older children, work, and life.  I could feel Patrick’s terror at the thought; he’s already on his last nerve.  It would also be very difficult to afford.  and where would we put another baby?

And frankly, after the twin pregnancy, I’m tired of being pregnant. That really wrecked me.  Right now, at least, pregnancy doesn’t feel magical.  It feels difficult and exhausting. I just stopped nursing.  I want my body back for awhile. 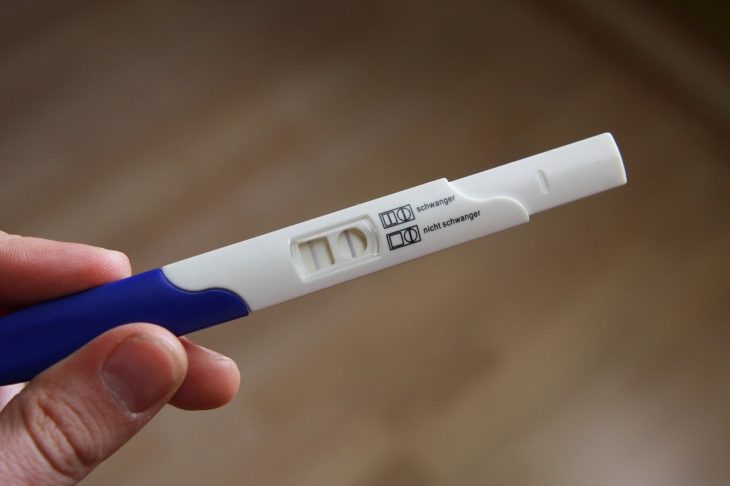 So I went down to a local clinic this weekend to get an abortion.  I knew there would be protestors, so I had to think of what would be the most amusing way to deal with them.  I decided to print copies of Flying Spaghetti Monster proselytizing pamphlets to hand out to them.  Spreading the good news.  They should have thanked me.  Instead, they got mad.

Specifically, I parked around the corner on the street instead of in the parking ramp, so the escorts didn’t see me.  Also, despite the fact that I was wearing pajamas, I didn’t look scared or like I was looking for something, which further threw off the escorts.  The protestor lady, however, was all over me.  She was this older woman in a black skirt and sensible sneakers and sunglasses, with a big messenger bag full of paraphernalia.  She told me they were there to help women like me, etc. and offered me their pamphlet.  I took it, thanked her, and said I also had something for her.  I handed her a Flying Spaghetti Monster pamphlet and turned to walk away.

She was pretty surprised.  I don’t think anyone had ever handed her a pamphlet before.

Once she realized what it was, she got super pissed, which I don’t think was fair at all.  First, my pamphlet was way more entertaining than hers, and second, she hands out pamphlets all day, so it is very hypocritical of her to be angry about receiving a pamphlet, IMO.

Anyway, she started yelling angrily at me to take it back, she didn’t want my crap, etc., which, again, I felt was quite hypocritical.  Also not at all in keeping with her kindly helpful lady persona.  I turned to her and said, “Well, I don’t need your materials either,” and handed her paraphernalia back to her.  I didn’t take mine back though, just turned around and started walking away, because it is about time someone stuck her with an unwanted pamphlet, IMO.  She continued to yell at me about it, but I just said “No, no, it’s ok, you keep it,” and kept walking.  Apparently that wasn’t ok with her, because then she grabbed my arm and then my bag, trying to stuff the pamphlet back in it. 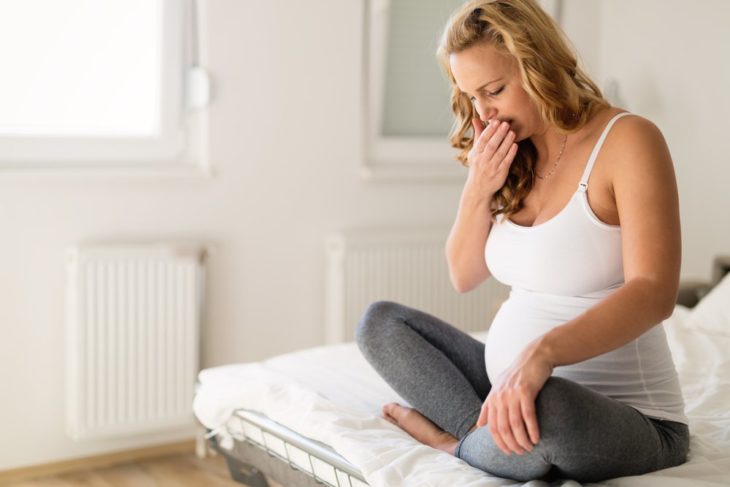 It is not OK to grab people or their possessions without permission. It is called assault and battery.

I just shook her off and kept walking, but I admit I was startled and unsettled. Once I went from the sidewalk to the entrance of the building the presence of the escorts reminded her that she couldn’t follow. She was yelling angry, abusive things about Jesus and evil and how I would answer for my sins etc., which did not do much to convince me that she was concerned about helping me. I think yelling at me did distract her from bothering another woman who was walking in at the same time.

After I was inside and checked in, I decided that the woman’s behavior was Not Acceptable, so I borrowed a cell phone and called 911. I told them it wasn’t an emergency, but this was the only police number I had, and I explained what had happened.  I went downstairs and the woman was still there, so I was able to describe her very precisely.  The dispatcher said she’d send police.  When the police arrived, I explained to an officer what had happened.  He asked at one point whether I’d been in fear, which amused me: “Well, fear, I mean, I’m pretty sure if she’d tried to start something I could have taken her, and there were people around, so I can’t say I was afraid of her.”

Anyway, the police told her not to do that anymore, but I don’t think they’re going to take any serious action against her. A minor assault like that rarely gets acted on.  But that’s ok, because mainly, I want the incident on record, so if she does something like that again, she will get in serious trouble.  She knows she’s got a strike; hopefully she will toe the line.  I also made a report to security because they wanted me to.

There was an escort there with the officer and the escort and I discussed the assault a bit; he was upset for me, which I thought was very sweet.  Another thing was that he was clearly gay, and if anyone has an excuse not to care about a woman’s right to choose, it’s gay men, but so many of them are really active for choice anyway. This guy was giving up his Saturday morning to help me and other women and getting indignant for my sake.  I don’t really have words for how grateful and touched that makes me feel.  I get all teary thinking about it. 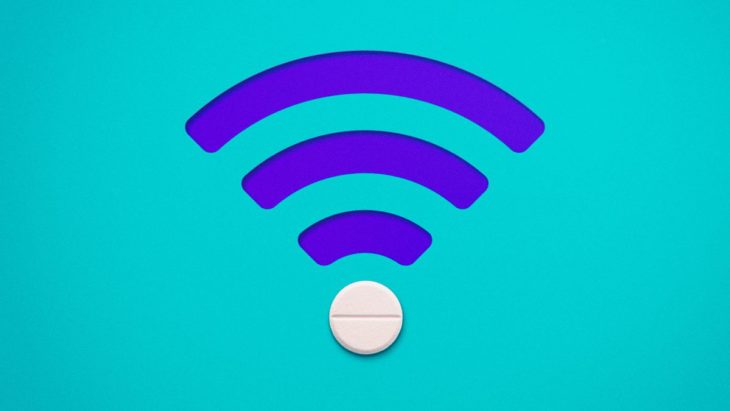 All this police excitement was taking place around the various things I was doing in the clinic.  It’s a lot of waiting.  You fill out the forms, then they call you back for various things: a urine test, blood test, the payment process, taking your vitals/height/weight/med history, doing a counselling session, informed consent stuff, etc.  In between, you go back to the waiting room.  Happily, Patrick bought me books in anticipation of all the waiting, so I was set.  It took about five hours in total.

I was going to do medication abortion like I did last time, but everyone else recommended surgical to just get it over with.  I had to admit, it would be difficult to go through the miscarriage process with four kids around.  So I decided to agree but then I was told it was more money.  I waffled, then called Patrick.

Me: I was going to do surgical, but it’s more money.

Patrick: How much more?

Patrick is good at decisions.

Surgical abortion is so incredibly minor and fast, it’s amazing.  I mean, abortion looms so huge in our society.  It’s portrayed as this horrible serious thing.  In reality, it takes five minutes.  An HSG is more serious.  It’s ridiculous.

They put me in a room like any OB/GYN room, on a table with stirrups, and I assumed the Pap smear position (every woman knows what that is.)  They put on a blood pressure cuff and one of those finger things that tracks your pulse.  The doctor did a pelvic exam, which was probably the most uncomfortable part of the process.  Then they started administering the sedative. 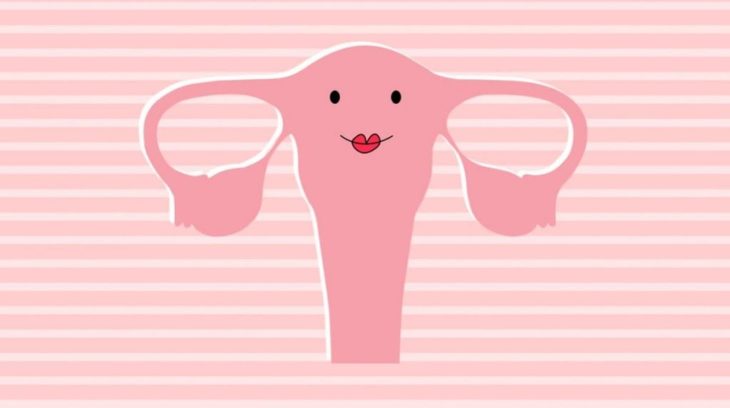 Nurse: How are you feeling?

Me: Things are getting kind of woogy.  I imagine that is the anesthesia.

Next the doctor injected Novocain into my cervix, which hurt.  When I’d had an HSG, the injection hadn’t hurt — just luck, I guess, avoided all the nerves that time.  But that’s the last pain I remember.  They encouraged me to talk, which I happily did, but I can’t remember about what.  My kids, probably.  It’s weird not to remember, because I clearly remember being conscious and talking.  It’s like when you are driving and you kind of blank out for a bit.  I think I felt something down there while the abortion was going on, but I can’t remember what exactly — nothing very painful, nothing that got my attention even.  I just sort of happily chattered until the dcotor announced that I was done.  I was like, “… That’s it?”

Then I went into the recovery room, which had cookies and drinks and reclining chairs.  Like after you donate blood.  Except the chairs.  I felt very tired.  The nurse asked about my pain, zero to 10.  I said zero.  I wasn’t in any pain.  Just felt tired and dizzy.  And kind of cold.

Afterwards, I called Patrick to come get me.  (He’d had to stay home with the kids.)  I sat outside on the curb, sleepy.  When I got home, I took a nap for awhile.  Afterwards, though, I felt fine.  I played outside with the kids, I read my books.  I finished two and a half books this weekend.  After the kids were in bed, we watched “Watchmen.”  I did not approve of the musical score.

I had some bad cramping, especially on Saturday.  It feels like when you have diarrhea.

I can tell the hormones are going down.  Everything is less scary and crazy and emotional.  I can sleep.  I like chocolate again.

It’s so strange, contrasting an actual abortion with the OMG ABORTION that the pro-lifers portray it as being.  I mean, they were out there with their signs with stillborn bloody children on them, like that had any relationship at all to what went on with me.  I was seven weeks progressed (they said five, but I think they weren’t counting the two extra weeks.)  My embryo wasn’t even a fetus yet; it was the size of a lentil.

The reality is so much different from the hype, it’s amazing. 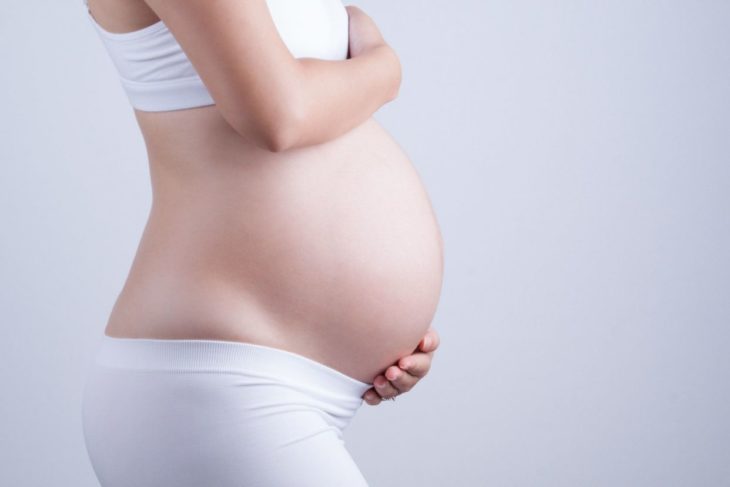 When I went in no one would be able to tell I was pregnant.  It’s not like I am any different now.  Just getting back to life.  I may feel sad off and on, but I’ve already got four children and a lot going on.  I ain’t got time to bleed.  I prefer to let the whole thing slip away into the past instead of dwelling.

I kind of hesitated about talking about this because of all the IVF stuff I’ve gone through and not really wanting to hear comments about that.  And while I was all hormonal, I didn’t want to deal with other people’s emotions, too.  But hiding an abortion is basically the opposite of what I believe in.  The harder it is to share, the more it ought to be done, otherwise we will eventually not have choices anymore.

Sound Off: Can Antidepressants Be A Dating Dealbreaker?

6 Baby Powder Alternatives to Try in 2020

Budgeting for a Baby: Costs to Consider