I’ve waxed my eyebrows. I’ve waxed my upper lip. But when it came to waxing my ladyparts, I passed. I checked out. I just chose to be a noncombatant. I removed excess hair on my eyebrows and on my upper lip because it embarrassed me. But did it make sense to be embarrassed — nay, to form an opinion at all — about a part of my body seen by no one but me? No, I decided, it didn’t. In fact, a woman’s vagina is so personal and so private that I thought it would be pretty un-feminist to feel shame that it didn’t look quote, unquote “pretty.” (And yes, I’ve seen Eve Ensler’s play “The Vagina Monologues,” like, eight times.) Besides, who would want to let an aesthetician down there with her tongue depressor dipped in hot wax? Surely someone of heartier stock than I.

Then I had my first bikini wax at age 26 and surprised myself by liking it.

I guess I passed over the tipping point of hairiness: my unwaxed eyebrows made my face look chubbier, my ’70s bush felt animalistic. Intellectually, I know that femininity is a construct and gender is a performance. But being au naturale stopped feeling freeing and started feeling unattractive.

Trust me, I never thought I’d ever get a bikini wax. All my life I’ve rocked a natural, hippie-dippie, full ’70s bush. While I trimmed occasionally — what guy wants a mouthful of pubic hair? — I let the landscaping run free down there. Yeah, at the beach, too. I mean, really: anyone who noticed black curly hairs peeking out of my bikini bottom shouldn’t be staring at my crotch anyway. I chalked up other women’s waxing concerns to their being brainwashed by a capitalistic society’s beauty standards. Frankly, I thought the women who waxed down there needed to get a hobby. 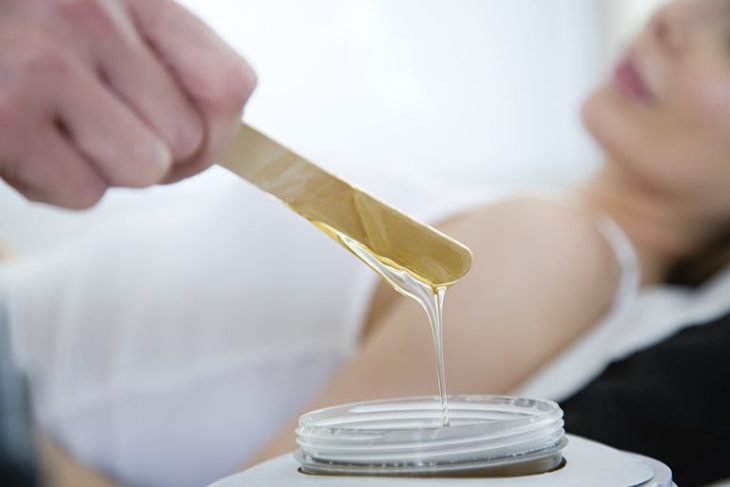 That said, men that I’ve been with would always make little comments here and there about waxing down there — but it was always Brazilian waxing, i.e., the whole shebang. Whether they’ve seen a Brazilian-waxed vagina or not before, men are fascinated, I think, with what yours might look like without any hair. Whether this has anything to do with bare p**sies in porn, I don’t know. But at least two exes told me they wanted to see what I looked like when I was bare and, uncharacteristically, I was willing to get a Brazilian for one of them. (He broke up with me before I could.) In any case, I don’t think it’s coincidental that I had a particularly unhealthy relationship with the guy for whom I was willing to get a Brazilian. It gave me a little anxiety that my vagina may not be aesthetically pleasing to men, but it was easy to convince myself that I shouldn’t be concerned with pleasing men anyway.

When I finally ended up in a healthy, happy relationship, I was able to settle back into my comfortable apathy about the aesthetics of my vagina. In fact, I settled into a comfortable apathy about lots of aesthetics: I stopped wearing makeup (reason: he thinks I’m pretty without makeup), I stopped putting so much effort into dressing up for work (reason: I’m a writer and it doesn’t matter what I look like), and I even stopped waxing my eyebrows as regularly as I probably should have. Everything about me was extremely natural. Truthfully, that’s pretty comforting: I felt (and still do feel) that my boyfriend loves me for who I am on the inside. For someone with my personality, that’s brilliantly freeing.

But I also began to feel kind of unfeminine, which is to say sort of beastly.

I guess I passed over the tipping point of hairiness: my unwaxed eyebrows made my face look chubbier, my ’70s bush felt animalistic. Intellectually, I know that femininity is a construct and gender is a performance. But being au naturale stopped feeling freeing and started feeling unattractive.

So I made an appointment at a Bliss Spa for a waxing appointment: eyebrows and bikini line. The eyebrow-waxing was no biggie; I’ve done that a million times before, if not lately. The bikini wax was a loaded thing for me to do. I was a little ball of anxiety at the spa. As I was getting my nails done before the waxing, the manicurist was clucking at me, “Aww, you’re nervous. You’re so cute! You’re going to be fine!”

The aesthetician looked surprised that not only had I never had a bikini wax before, but that I was so “whatever” about my pubic hair in general. In her line of work, I suppose she comes in contact with a lot of women who are absolutely meticulous about waxing every single hair off their vagina. She asked my why I’d never waxed down there before and I said — which I thought was by way of explanation — “Well, I’m a feminist.” 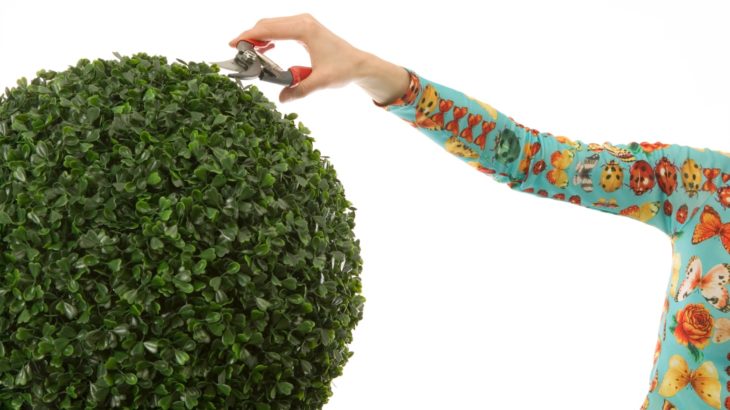 Instantly, she got this quizzical look on her face, as if she were thinking, So what? I felt awkward and stupid for having said that. I may as well have said, “I’m a Baptist!” or “I’m Hungarian!” Then she finally said, “My sister calls herself that. She gets upset when people use certain words.” I nodded, wondering if it would be weird to ask if her sister gets her bikini line waxed. I decided yes, that would be weird. What did I need, some sort of validation from this feminist sister whom I had never met? It also occurred to me that I may have insulted her profession, or at least come off as rude. So I shut up. And while I was shutting up, it made me think maybe I was the one who was being weird. Maybe I can be a feminist and it doesn’t matter if I have a full ’70s bush or a neatly waxed and trimmed bikini area.

It occurred to me that all this time, I’d been thinking about my vagina politically — what I should and shouldn’t be doing with it — but not aesthetically. I’d just opted out of the aesthetics part entirely. But the danger of opting out of the aesthetics was that it made opting in so loaded with meaning — a meaning it doesn’t necessarily deserve. Why put so much weight on something which, honestly, made me feel more attractive and feminine? I’m still the same person on the inside; I just look aesthetically different on the outside. Don’t misunderstand me: I still have disdain for a society that says a woman has to groom her bikini area for her husband or boyfriend, or before she goes to the beach. But if she doesn’t believe she has to, and just chooses to, that’s fine. Grooming shouldn’t have to be so politicized.

So, yeah, I had my first bikini wax and I really liked it. As my aesthetician might think, So what?

6 Main Differences Between a Brazilian and a...